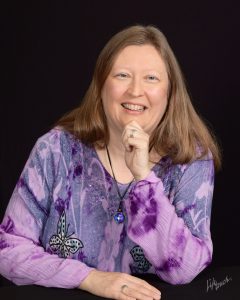 The Blooding by James McGee

July 1, 2015 8:52 am Published by Cynthianna Matthews Leave your thoughts

The Blooding, James McGee, Pegasus Crime -- On escaping from Bonaparte's France, British secret agent Matthew Hawkwood finds himself in the United States. It's the year 1812, and the young country is now at war with Britain.

Press Start to Play: An Anthology edited by Wilson and Adams

June 27, 2015 8:53 am Published by Cynthianna Matthews Leave your thoughts

Press Start to Play: An Anthology, Wilson and Adams, Vintage Books -- We were never designed to live the lives we do nowadays—stuck in cubicles all day instead of out hunting and gathering, fighting for our very survival as our ancestors once did. Modern humans are in desperate need to exorcise their “evolutionary demons,” and what better method to do so than by playing video games?

Trident Code (A Lana Elkins thriller), Thomas Waite, 47North -- The cyber-terrorist hijack of a US submarine brings NSA computer expert Lana Elkins forward once again to fight for her country.

The Fall, John Lescroart, Atria Books -- Anlya Paulson, seventeen years of age and African-American, takes a fatal plunge from an overpass late one evening. With possible racial overtones to her death, the police and the DA’s office are under intense political pressure to find and convict her killer.

Charlie’s Pride, Dee Hubbard, Fithian Press -- Charlie the Hawk can’t help but identify with the Klamath River, his father’s tribe’s ancestral home. It springs forth from the distant mountains and fights its way to the ocean. So like the river, Charlie’s life is one long struggle from its inception to its end, flooded with his tears and littered with his fears.

The Darkest Heart, Dan Smith, Pegasus Crime -- Zico is just another young hoodlum living in small-town Brazil. He acts as a hit-man for Costa, the local criminal big shot. Zico is good at the job, but trouble comes when he decides the life is no longer for him.

Challenger Deep, Neil Shusterman, (Harper Teen)--Challenger Deep plunges boldly into the depths of mental illness without the protection of a diving bell, giving the reader a visceral sense of how the mind tries to cope from the intimate perspective of the sufferer.

Death in Florence by Paul Strathern

Death in Florence, Paul Strathern, (Pegasus Books)--Italy in the late fifteenth century comprised a number of city-states engaged in often vicious competition for trade and resources. Alliances between them were made and broken and remade with astonishing frequency.

The Monet Murders by Terry Mort

The Monet Murders, by Terry Mort (Pegasus Crime)| Hollywood is a place for aliases. Nobody’s who they claim to be which suits Bruno Feldspar, PI to the stars, just fine. He has his own reasons for working under a pseudonym.