Historical Look at Some of Our Successes

Authorlink.com, the award-winning news, information, and marketing community for editors, agents, has two separate units. The publishing services unit, which includes Publishers Market/Rights for Sale, and Authorlink® Literary Group, providing traditional  author representation.  Publishers Market has helped nearly 400 writers gain attention or sign with literary agents since tracking of its listing service began in 1999. The service has filled nearly 2000 direct requests from editors and agents for manuscripts, and has influenced or been directly involved in the sale of 83 titles to publishers.  The Agency unit directly represents a few selected authors, both domestically and internationally, specializing in true crime, non-fiction and adult fiction. This unit has sold works to Random House, St. Martin’s Press, Simon & Schuster, McGraw Hill, Farrar, Straus & Giroux and others. While the agency currently is not accepting new direct clients, Publishers Market/Rights for Sale is available to authors. Below are selected agency deals, along with a couple of representative successes influenced by our connections and previous contests. 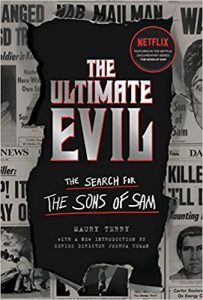 March, 2021 – The true-crime cult classic that inspired the Netflix docuseries, The Sons of Sam: A Descent into Darkness and a companion podcast, The Ultimate Evil follows journalist Maury Terry’s decades-long investigation into the terrifying truth behind the Son of Sam murders. in a NICE deal to Quirk Books. 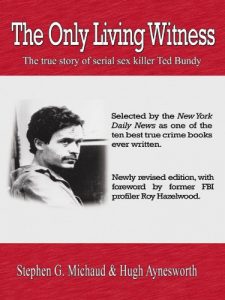 February 9, 2017–THE ONLY LIVING WITNESS and TED BUNDY: CONVERSATIONS WITH A KILLER by Stephen Michaud and Hugh Aynesworth, to an undisclosed production company, in a NICE DEAL by Katie Zwick at CAA and Doris Booth at Authorlink in a NICE DEAL. Basis for the hit Netflix docuseries. 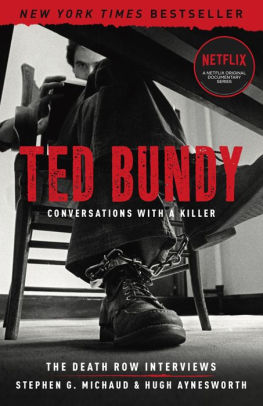 2019 – In a series of death row interviews done shortly before his execution, infamous serial killer Ted Bundy gave a third-person “confession” of his many murders. In a NICE DEAL to Mirror Books, UK. This definitive book on Bundy was recently made into a Netflix documentary. 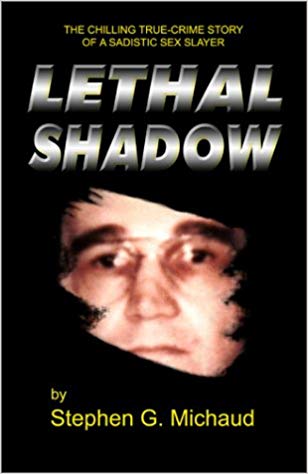 July 24, 2008–Stephen Michaud’s LETHAL SHADOW, reissued as BEYOND CRUEL, about a real-life counterfeiter, for a web micro-series and cable television, with film option, sponsored by a major advertiser, to Mandalay Teleplays, by Doris Booth at Authorlink Literary Group, and Maria Ruvalcaba Hackett at Intellectual Property Group in a NICE DEAL. 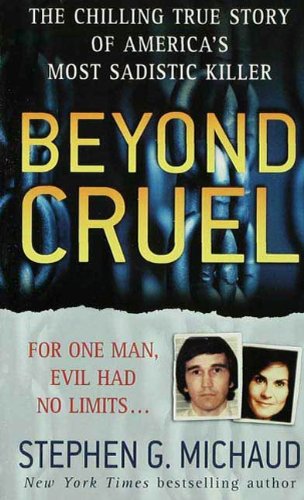 November 5, 2009 – THE ONLY LIVING WITNESS, TED BUNDY by Stephen Michaud and Hugh Aynesworth, and BEYOND CRUEL by Stephen Michaud optioned to co-producers Vance Owen and Bill Edison Owen, Jr., in a three-year NICE DEAL by Matthew Snyder at CAA and Doris Booth at Authorlink in a NICE DEAL. Paperback and Mass Market rights to St. Martin’s Press. 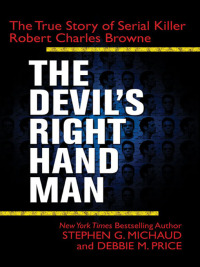 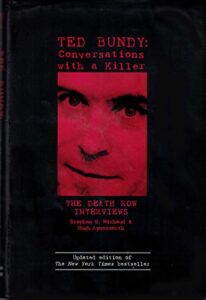 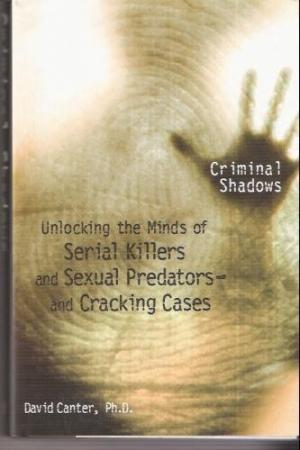 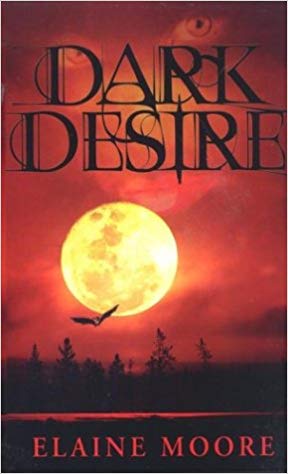 2003–DARK DESIRE: A Vampire Novel by Elaine Moore, first in a three-book sale to iBooks, Inc. (distributed by Simon & Schuster), a vampire romance to be released in a mass-market format in March 2004. Books II and III were to follow. Ms. Moore’s writing has been likened to Anne Rice. The series was sold directly by Authorlink in a publisher-to-publisher in a NICE DEAL. 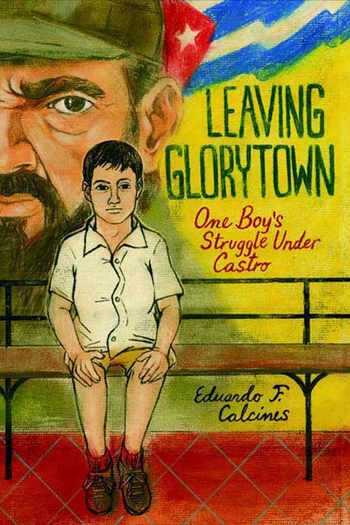 August 31, 2009 –Eduardo Calcines’s LEAVING GLORYTOWN: One Family’s Struggle Under Castro, a heart-warming, humorous memoir of a young boy growing up in Cuba, and his family’s agonizing ten-year struggle to escape Fidel Castro’s regime for a better life in America, to Random House Audio for publication in April 2010, by Doris Booth at Authorlink Literary Group (World English), via Farrar, Straus & Giroux, in a NICE DEAL 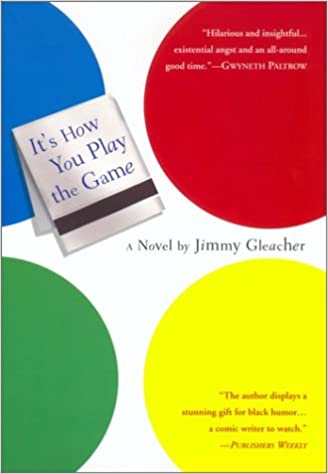 2002–IT’S HOW YOU PLAY THE GAME, by Jimmy Gleacher, to Brant Rumble at Scribner (Simon & Schuster), as a direct result of Authorlink. Doris Booth helped facilitate the sale. 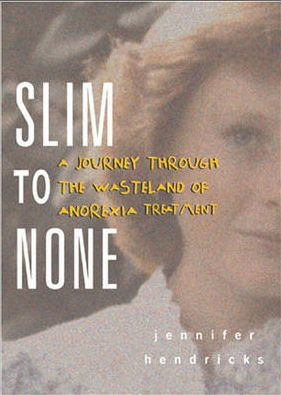 2002–SLIM TO NONE, A Journey through the Wasteland of Anorexia Treatment / Edition 1 by Graydon D. (Dee) Hubbard directly sold from Authorlink to Michele Pezzuti at McGraw-Hill Professional Publishing in a NICE DEAL for release in January 2003. The poignant story of his daughter’s long (and fatal) journey through the wasteland of anorexia treatment is told mostly through her hospital journals. Hubbard’s first agent, signed through Authorlink, terminated for health reasons. His second agent, also found through Authorlink, lost her position when her agency downsized after 9/11. Fortunately, a few months later, McGraw Hill editor Michele Pezzuti spotted the work on Authorlink, made a direct request for the materials, and subsequently offered a contract. First-time author.  Doris Booth facilitated the deal.

Titles listed below are selected from among those who either earned publishing contracts, representation, or were discovered after having won our Authorlink® contests. 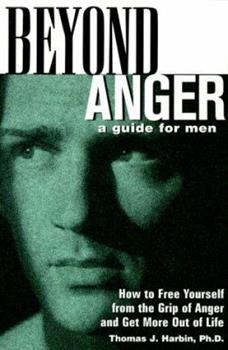 2000–BEYOND ANGER: A GUIDE FOR MEN by Thomas J. Harbin, Ph.D., to Avalon (Marlowe & Company). The book originally sold to John Muir Publications as a direct inquiry to Authorlink® from the publisher. Muir later was acquired by Marlowe and the title subsequently sold to Da Capo Press’s Lifelong Books . First-time author. 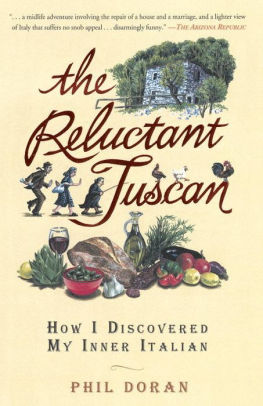 September 25, 2003—TV comedy writer/producer Phil Doran’s (whose credits include The Wonder Years, Sanford and Son and All in the Family) THE RELUCTANT TUSCAN, a humorous memoir described as “Woody Allen meets Frances Mayes,” to Lauren Marino at Gotham, in a VERY GOOD DEAL, in a pre-empt, by Betsy Amster (world English). The book was listed for sale on Authorlink. 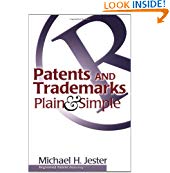 October 1, 2003—Michael Jester has sold his first nonfiction book to Career Press as a direct result of Authorlink® in a NICE DEAL. A patent and trademark attorney, Jester became the 83rd author to sell his work with the help of Authorlink®. Jester’s book, PATENTS, AND TRADEMARKS PLAIN AND SIMPLE, scheduled for release by Career Press in the spring of 2004. The New Jersey-based publisher directly requested the full manuscript from Authorlink® after reading the author’s listing on the award-winning website. Originally titled PATENTS: A PRACTICAL LEGAL GUIDE FOR INDIVIDUALS AND SMALL BUSINESS OWNERS, the work was listed on Authorlink® for approximately 11 months before being spotted and requested by Michael Pye, the assistant acquisitions editor at Career Press. 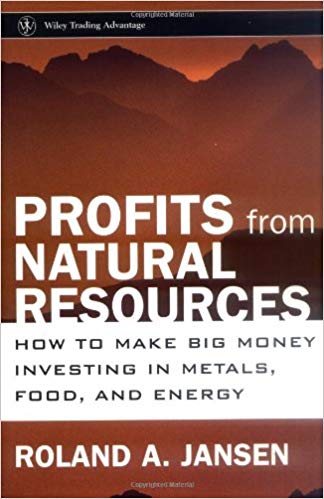 2000–PROFITS IN NATURAL RESOURCES by Roland Jansen, to John Wiley & Sons, Inc. Both the agent, Elizabet McHugh, and the publisher made direct requests for this work on Authorlink® 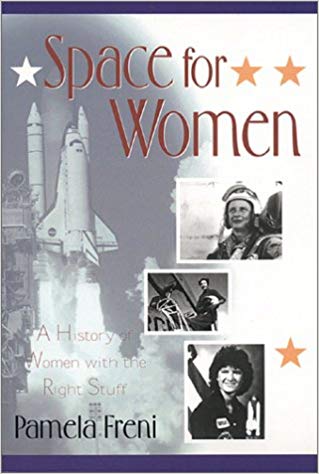 2002–SPACE FOR WOMEN, A HISTORY OF WOMEN WITH THE RIGHT STUFF by Pamela Freni, to Seven Locks Press, as a direct result of a listing for sale on Authorlink.

Examples of writers who have won nice publishing deals after listing with Authorlink or winning the Authorlink New Author Awards competition. Six authors landed significant publishing contracts,  influenced by having been winners in the contest.  The competition is not active at this time. 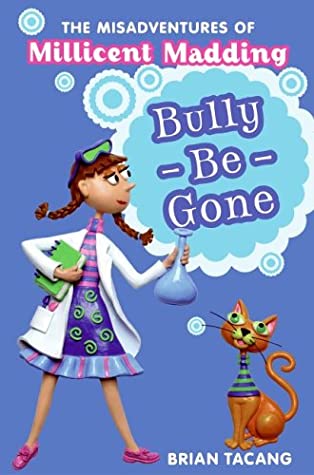 Brian Tacang, writing as Simon P. Binaohan’s BULLY BE GONE: The Misadventures of Millicent Madding, the first in a series about a girl inventor, to Leann Heywood at HarperCollins Children’s, in a pre-empt, for two books, by Joseph Veltre at Carlisle & Company (now at Gersh), who discovered the author’s work on the Authorlink web site. CAA is handling film rights. 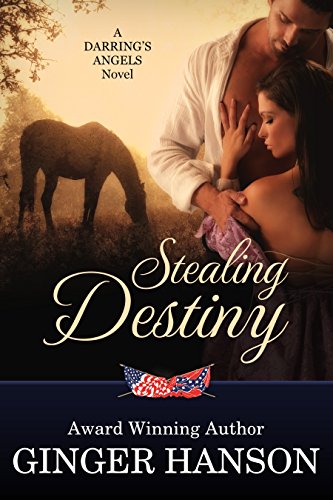 2001 Winner–STEALING DESTINY (originally D’ ANGELO’S DESTINY) by Ginger Hanson to Ballad (Kensington Publishing Corporation, 2002) in a two-book deal. Ms. Hanson won the Best of Show and Historical Romance awards at the 2001 Authorlink New Author Awards Competition. First-time author. The contest is not currently active. This is a partial list. 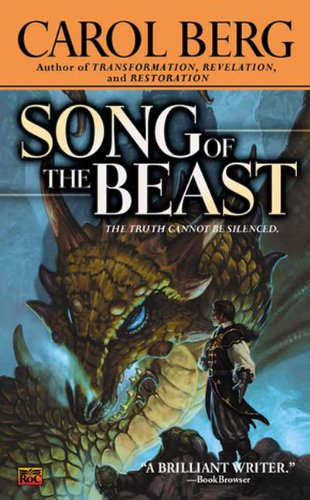 1999 Winner–SONG OF THE BEAST by Carol Berg to Roc (Penguin Putnam, 2000) in a three-book deal. Berg was the 1999 Authorlink first-place Science Fiction/Fantasy winner. First-time author. The contest is not currently active. This is a partial list. 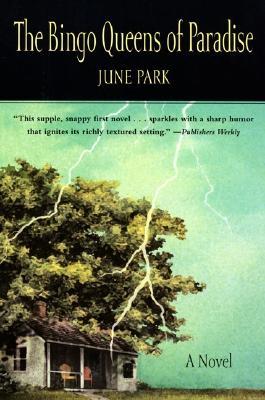 1998 Winner–BINGO QUEENS by June London (aka June Park) to Cliff Street (HarperCollins, April 1999) in a two-book, six-figure deal by Robert Tabian of Robert Tabian Literary Agency. Ms. London was the Mainstream Fiction winner in the 1998 New Author Awards competition. First-time author. The contest is not currently active. This is a partial list.