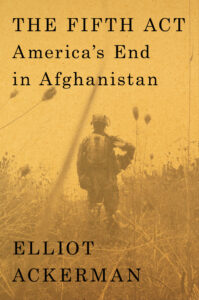 The book–portraying harrowing scenes of our country’s withdrawal from Afghanistan on August 30, 2021, and our soldiers’ personal angst at leaving friends behind to die–will follow readers as we go about our ordinary days, buying a new dress or videogame, filling up with gas, or picking up chicken for dinner.

In this video interview with Authorlink’s Doris Booth, Elliot talks about the motivations and challenges of writing his latest book.

In a deeply heartfelt work, Elliot has shown not only the importance of morally assessing America’s longest war but the way we should “feel” about the long-term effects and its toll on American democracy. What have we done wrong, and how can we get it right?

A former White House Fellow and decorated Marine, he spent five tours of duty in Iraq and Afghanistan between 2002-2009, then served in CIA special operations from 2009-2011.

He thought he left the war behind in 2009. But in August 0f 2021, while on vacation with his family in Italy, he received a barrage of cell phone calls. President Joe Biden’s deadline loomed for shutting down final airlifts for US  troops and allies out of the Kabul airport. A group of journalists and activists, along with our troops, needed Elliot to help orchestrate the escape of hundreds of Afghan families through Taliban checkpoints to the airport before the militants again ruled the country. The largely successful effort by Elliot and his fellow patriots was done almost entirely through cell phones and apps in what a colleague named “Digital Dunkirk.” In stark contrast, Elliot’s action took place interspersed with the normalcy of a planned family vacation, sightseeing, and meals with the wife and kids.

America’s bungled withdrawal ignited conflicting memories of Elliot’s own tours in Afghanistan. He was once again reminded of the sacred military ethos, “leave no man behind,” a moral quality not always possible amid the chaos of war. The theme often runs through his bestselling novels, essays, and nonfiction books.

In one of his previous books, Green on Blue, he shows a bone-deep understanding of a military person’s hardships and losses there, and the toll that the seemingly endless war has taken on ordinary Afghans.

The realities of present-day war are unlike wars of the past, he points out. Today, most ordinary citizens are estranged from any personal connections to our war efforts. There are no direct taxes or military draft.  He warns that such disconnection must be healed if our democracy is to survive.

The author’s work has been compared to that of Ernest Hemingway. The latest book leaves no doubt that the similarities are well deserved. 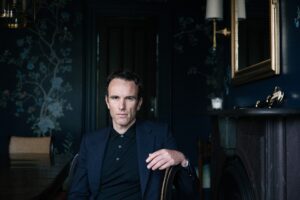 Elliot Ackerman is the New York Times bestselling author of the novels, 2034, Red Dress in Black and White, Waiting for Eden, Dark at the Crossing, and Green on Blue, as well as the memoir Places and Names: On War, Revolution and Retuning. Elliot lives in Washington DC and New York with his wife and children.

He dedicates the book to “my friends, alive and dead, in these pages.”

Editor’s note: If the rating systems rose beyond five stars, this is one book I would give a ten-plus. 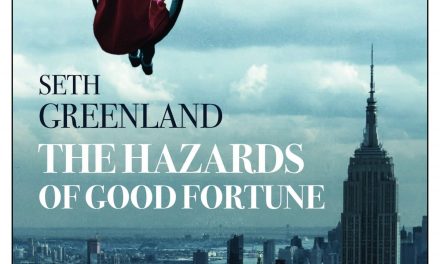