The Good Liar by Catherine McKenzie 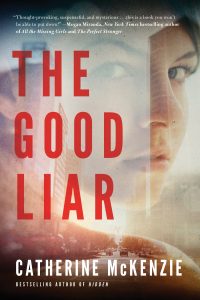 In Chicago a massive gas explosion caused an office building to collapse, killing five hundred and thirteen people. Cecily Grayson was about to enter the building to meet her husband Tom, owner of a software company. Instead she became the poster girl for the tragedy when a photographer captured her stunned image for posterity as she stood amid the flying debris and panicking people.

A year later, anniversary commemorations are underway. Cecily is appearing in a documentary about the tragedy being made by that same photographer, Teo Jackson, a man she’s coming to like – a lot. It also features Franny Maycombe, the prodigal daughter of her best friend Kate, one of those killed that day – or so everyone thinks. In reality Kate is alive and well and living in Montreal, Canada, under an assumed name after fleeing the explosion, her family and an unbearable past. As she watches media footage from Chicago, Kate realizes there are some things she can’t escape. Cecily, Franny and Kate are all keeping secrets, secrets which need to be resolved before they get out of hand and damage too many lives – and one secret is the most shocking of all.

In The Good Liar, Catherine McKenzie tells a compelling and intricate story of three women and the nature of secrets, guilt and compassion. All the characters are relatable, authentic, and human.

The Collector of Lost Things by Jeremy Page 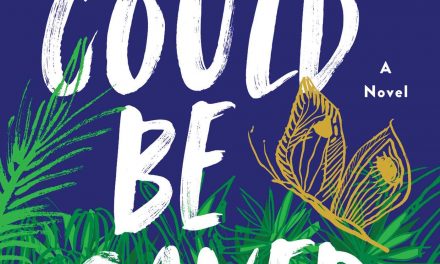 Review: What Could Be Saved by Liese O’Halloran Schwarz

A Mountain of Crumbs by Elena Gorokhova