Brigitte Brocato’s book, FLOWERCHILDREN, edited by Authorlink and laid out by team designer Elaine Lanmon, has earned second in the Paris Book Festival (May 2018)  and third Honorable Mention in the New York Book Festival (June 2018). Her new book FLOWERCHILDREN  is an introduction to the color theory, creating secondary colors from primary colors. It is also a book about kindness and friendship.

Brigitte Brocato lives with her husband and two sons in the United States. Growing up in Germany she was fascinated with the Arts and Art History and pursued this interest later in life.

She retired from her Administrative Assistant position and returned to College. She has a Bachelor’s degree and continued her education at Connecticut College, Rhode Island School of Design and the Newport Museum School of Art, the Museum of Fine Art as well as in Germany.

She joined several Art Associations and won many awards for her works in clay, porcelain, watercolor, oil paintings as well as etchings and mono prints.

After the birth of her grandchildren, she started to write and illustrate educational children’s picture books in several languages. Her ABC book, words in alphabetical order in the English and German language, the WALDY books with an emphasis on arithmetic skills are translated to the German and French language. The books were originally published in Germany.

This book won an Honorable Mention in the New England Book Festival in 2015 and because of this recognition, it is listed on the TABLE of Honor website. 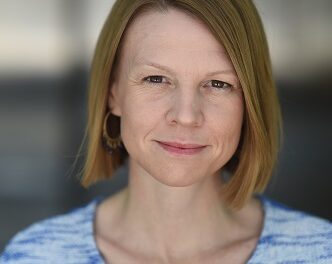