Adding the “Bloom” to the Scene (Denouement and Resolution)

Okay, we've been sorting through scenes—what they comprise, how to write them—for the last two months, so let's wrap that up now. We've discussed scene setting, and how that furthers both the plot and characters, as well as gives the reader something to "see." Then we talked about conflict, and how each scene must have some variety of it in order to matter to the book. So, we've set things up, established the characters within the scene, and instituted conflict, which has come to a head. What now?

Your scene must be finished off. And just as a book comes to an ultimate climax of the main conflict(s), and goes through a period of denouement and resolution, so must all of the scenes. In other words, once the battle is fought (no matter whether the fighting is external, internal, or a combination), the smoke begins to clear. And after that, you need some time of denouement, when things settle in (which doesn't always mean, settle down). Sometimes this is a matter of a few pages, and sometimes, a sentence. Or anything in between. The time period needs to fit the scene itself, because from there the resolution comes about.

This period is paramount. It gives the reader, if even only the slightest chance, to catch his breath. This is the time that your reader can assimilate what has happened–again, even if that's only for a second. You don't want him to forget what he's learned about the characters or plot in this scene. And she needs just a fraction of time, or a minute or two, or a few pages at the end for that to occur. Because if you don't provide such respite, the gist, the core, the thing that matters most and may be pivotal to your story, well, that thing can be lost. And then no matter how wonderfully you set things up, or how well you depicted the conflict, it can all be for naught.

Let me give an objective, visual example. If you know anything about well-bred animals, you know that they have to have structure and soundness, balance, and be true to their breed. But they can have all of these things and still not "look" right. What's missing? The finish. Usually that correlates to hair coat—the crowning glory, so to speak. They can have all the rest and without a good coat to finish them off, still be lacking. You don't show a Labrador out of coat. No matter how great the dog, he'll look scrawny and plucked next to another in full coat. What we need here is the "bloom."

It's exactly the same in scenes. What may seem superfluous to the uninitiated often actually trips you up. That period of denouement leads to resolution and is where you set in the reader's mind just how great this scene really was. In a term theme you'd call this the conclusion (although in reality, this isn't the absolute conclusion of the scene, which we'll get to in a minute). It's what brings the whole thing full circle, and solidifies in the reader's mind the reason for it all. It's what makes things clear, even if the point is that everything is God-awfully muddled. Your reader needs to know that as well. And here is where your writing must shine without drawing attention to itself. I.e., you don't want to sit your reader down and say, "Okay, you idiot, this is what you were supposed to learn from this." You don't want to beat him over the head with your point. Rather, a few choice words, or much better, a metaphor or image to EVOKE the emotions felt, gets you more mileage than all the pages before upon which it was built. It's what gives your scene its bloom.

Once you've done that, you're ready for the scene's finale. This must be short. It must be crisp. It must have punch. The final sentence, or at most two, is what then sets up your next scene. That's the thing that causes your reader to turn the page.

It teases. It evokes. Or, it's poignant, funny, frightening, etc. It takes a remnant of the resolution and turns it forward toward the next scene.

What I most often see here is one of two things. Either the writer continues on for a bit once the scene is finished, or he leaves it flat. As per the former, don't ramble on. Leave it with the punchline. I don't need to know that the stranger walked off down the hill and through the trees and probably went to see his mother once he'd saved the girl from the creek. Just the fleeting image of his broad back is enough. As per the latter, DO give me that image. Don't just tell me he disappeared and then go on to the next scene. Grab me, in some form or fashion. End the scene with something that makes me go nuts to see what then happens.

And there you have it, the five elements of scenes:

First, you set the scene Second, you establish conflict Third, the conflict comes to some sort of conclusion Fourth, you have a smidgen of denouement and resolution Fifth, you conclude the scene by setting up the next one.

Okay, now that everybody has a good grasp of effective scenes, my column is taking a vacation in August. So, happy writing, and see you in September!

Author of: By the Book (novel); BodySculpting; Fourth and Long; Five Keys for Understanding Men. Fifteen Malone-edited books have recently sold to traditional publishers! She is a contributing editor to Authorlink.com www.maloneeditorial.com

The Ink-Stained Wretch: “The Big Easy”

Trouble Getting Started on Your Novel – 2015 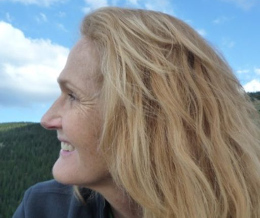 Find the Heart of Your Story, Part 3