IN SILENCE by Erica Spindler
via Amazon.com

Here Erica talks of the ideas and motivation behind her latest work, a murder mystery about journalist Avery Chauvin who returns home to Cypress Springs, Louisiana after twelve years to bury her father. The postcard perfect town looks as if it has stayed the same, but for Avery everything has changed.

Erica has been on tour for her book much of the summer.

"I never intended to be a writer."

Erica Spindler AUTHORLINK: How did you become a writer?

SPINDLER: I never intend to be a writer. I was going to be an artist. In fact, I received an MFA degree from the University of New Orleans and had secured a teaching position at a local university. I had always been a voracious reader, but had never read any category romance. One day I caught a bad cold and went to the pharmacy to fill my prescription. They dropped a complimentary romance novel into my shopping bag. I wanted to say to them, "I don't read romance novels. Save it for somebody who does." But I was too sick to speak. At home, daytime TV was boring, so I picked up the book, by Nora Roberts. I became obsessed with reading romance novels for the next six months. As I read, I got the idea that I wanted to try to write a romance story. From the minute I started writing, I knew I had found my true calling. My family thought I had lost my mind. Writing was all I wanted to do. It took me a couple of years to get published. My first novel, still in the drawer, is fatally flawed. But I sold my third manuscript, then revised and sold the second one. I quit the teaching job and never looked back. I feel really blessed that I can do what I enjoy doing.

AUTHORLINK: How many books have you written? Which one is your favorite? Why?

SPINDLER: IN SILENCE is my ninth suspense novel. I wrote eleven romances early ontwenty in all. The romances were short, so I could write several in a year. Now I turn out one suspense novel per year, though my readers clamor for more.

The suspense genre is my calling. When I came up with the idea for my first suspense novel in 1996 I found it so exciting and fun that I decided I had to write more of them. All of my books are my babies. There is something I like about each one, so I can't really point to a favorite. Usually, I like latest book best. I always like to create characters that are compelling to me. My readers say DEAD RUN is my scariest novel. I'm excited about the climax and the theme of IN SILENCE The story is about a wolf in sheep's clothing.. That idea and the concept of group dynamics appealed to me.

"All of my stories stem from something that actually happened to me."

Erica Spindler AUTHORLINK: How did you come across the idea for the story?

SPINDLER: All of my stories stem from something that actually happened to me. Oddly enough, I had a wolf- in-sheep's-clothing experience. I do my writing on my laptop computer in a coffee house. I routinely sat near a nice looking young man of about 30 who also worked on a laptop. We often exchanged friendly conversation. Then one day I made a political joke, and he completely went off on me. He revealed himself in a way I never would have guessed. He began ranting about the subjects of the joke, saying they should be driven off the planet. The experience was so frightening I avoided the coffee house for days. We are all surrounded by people we believe to have the same ideas and beliefs as we do. But some people wear masks. They aren't what they seem. My sense of security was undermined. Now I look at people and wonder. The guy in the coffee house turned out to be very scary. That sparked this idea for the story. I tried to figure out what frightened me about the experience and to put it into the book.

AUTHORLINK: What difficulties did you have in writing the book?

SPINDLER: The toughest part was trying to get a handle on the idea of what scared me so badly, and to put it into a workable plot. Originally the "wolf" in the book had been a Timothy McVey character, but after 9/11 I decided nobody would want to read that, so I had to change the whole direction of the book while holding on to the core idea. That wasn't easy.

AUTHORLINK: How did you find a publisher? Did you know someone on the inside?

SPINDLER:I have been writing for Mira since they launched the imprint 1995. I was lucky they were launching the line, and that I had come along at the right time. My romances were published through Bantam, and through Silhouette, a division of the same publishing company as Mira Books. I am lucky enough to be with a publisher (Mira) that wants to grow my books, and I have a wonderful editor, Dianne Moggy. Writing is now a full time job.

AUTHORLINK: What advice do you have for writers trying to break into the business?

SPINDLER: I always say that while people should educate themselves about the marketwhat's being written, what format to use, how to find an agentthe most important thing is to write what they love to read. That's what you will have the passion for. Also, learn from your mistakes, and believe in yourself. Don't give up. If you give up, you will never get published.

"I am extremely blessed to do something I love so much."

Erica Spindler AUTHORLINK: How does it feel to have this much success and celebrity at an early ageforty something?

SPINDLER: As I said, I am extremely blessed to do something I love so much, and to be with a publisher continues to grow my work. I'm pleased that my readers enjoy my books, and that they e-mail me to tell me they do. It's wonderful to hear from them.

AUTHORLINK: What are your writing habits?

SPINDLER: I write five days a week, 9 a.m. to 5 p.m. I have an office in my home and an assistant, but I still take my laptop to the coffee house to write. I work all morning there, go home for lunch to check things at the office, then I return to the coffee house for the rest of the afternoon. It drives my husband nuts that I have a home office, but I'm not there most of the day. My habit began after we had a surprise baby five years ago. We have a 14 year old, and now a five year old. With a toddler, a nanny and an assistant (she handles my fan mail and promotions forme) in the house it just became too difficult to write here. So I developed the coffee house habit.

Erica Spindler AUTHORLINK: And do you have another book underway?

SPINDLER: I am now working on a novel called SEE JANE DIE, due for release next June from Mira.

It's a thriller set in Dallas, the story of a woman who survived a brutal attack as teenager, has everything to live fora fabulous marriage and career, with her first baby on the waywhen her husband is arrested for brutal murder of two women. She races to prove him innocent only to become stalked herself by a psychopath.

"Keep writing and believe in yourself."

AUTHORLINK: Any final words of advice for fellow writers?

SPINDLER: Keep writing and believe in yourself. And read! Among my favorite authors include David Baldacci, Michael Connelly, and Matt Beaumont. I read mostly suspense and mystery because that's what I do.

Erica Spindler lives in the New Orleans area with her husband, an advertising executive, and their two sons. Visit Erica's web site at http://www.ericaspindler.com. Buy In Silence from Amazon.com 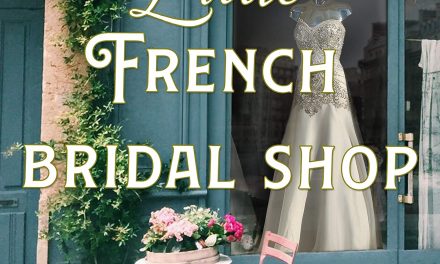 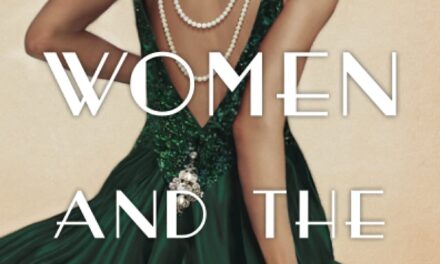