We’ve been talking in recent months about which publishing routes work best for writers (the as-yet unpublished and established authors as well), especially in light of the mergers and shakeups inside the large houses, and the general "nervous state" of editorial minds in New York.

Do smaller and regional presses, in fact, provide a better road in today’s publishing climate? Is an aspiring author (or one whose "mid-list" designation is keeping him in a stranglehold) better off pursing the "traditional" New York route, or can a smaller house (many of which are quite prestigious) hold more promise?

Unfortunately, no easy answers exist. Both have their positives and their drawbacks, and as with all of writing and marketing, the decision must be made on a case-by-case basis. That said, those "inside" publishing have very different ideas concerning this, as evidenced in recent columns.

So I asked Noah Lukeman of Lukeman Literary in New York, and here’s his take on the dilemma:

"In some instances, small/regional presses can make huge successes of writers that big houses might be afraid to touch; for instance, smaller houses might give their books more of a push, which might result, in the long run, in more publicity and more sales. Thus, financially speaking, if in both cases the writer is paid a small advance the writer might actually make more money by going with a smaller press, as he/she will see more money in royalties at the end of the day (assuming royalties are calculated at the same rate and both on retail price). However, if the writer gets a huge advance from a larger house and doesn’t sell very well, in this case he will keep more money that he never would have gotten from a smaller press.

"In ten—or even five—years this might change, but for now, for the vast majority of writers, the traditional route of publishing with a larger house is still the most preferable route to take to be launched as a writer, as in most cases larger houses have larger sales forces, better distribution, and much more money to put behind promoting a book (if they choose to). In most cases, smaller houses just can’t compete. And while the developments in the "on-demand" and "e-book" world are very exciting, as of right now most are not significant enough to truly compete with the support of a major house.

"Some writers have been ruined by major houses and made by smaller houses (and vice versa). When all is said and done, it is preferable to choose a bigger house. But even more important is your ability to navigate the waters within the house, from editorial to jacket art to publicity and promotion. A prestigious name matters little; what matters is what they decide to do for you."

Again, easy answers belong to some profession other than writing. I’ve known authors who’ve built their careers through small and regional houses, and others who swear by New York. What you write matters. How you write it matters. What sort of position you are in to market your work matters. Which avenues would best serve your sort of book matters. Who YOU are matters (are you a journeyman writer or a celebrity with one book, etc.).

And the list goes on and on. Writers WANT to believe that an agent will make all of those decisions, and in theory, that’s true. However, different agents pursue different markets, publishing houses, and editors, and a writer still must know which direction she intends to follow before targeting agents.

Only by knowing the lay of the land can you make an informed decision, and decide which route works best for you and your book. Of course, you may pursue one direction only to find all doors closed, and therefore regroup and choose another. Always remember that marketing, as with learning to write, is an ongoing process. You can always choose again.

Susan M. Malone is a Contributing Editor to Authorlink.com, a multi-published author, and owner of a successful editorial service. Her newest nonfiction, FIVE KEYS FOR UNDERSTANDING MEN, co-authored with Gary L. Malone, MD, os out now. Five books she’s edited have recently been published or sold. Check out her listing under Editorial Services, or you may email her at aaasuz@aol.com 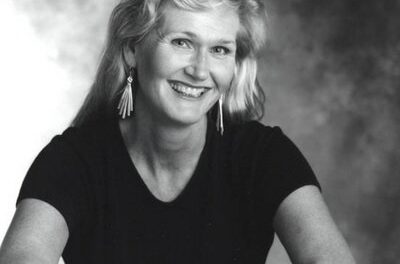 Now, The Latest On Memoir Publishing

How Will Online Publishing Impact Fiction?