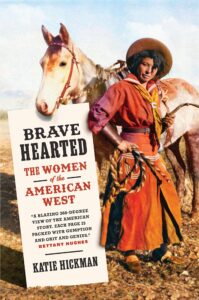 Rarely do history lovers get to see the whole of an era solely through female eyes. Author Katie Hickman has taken on this challenge and produced a thorough and touching account of life in the American West in Brave Hearted: The Women of the American West 1836-1880.

These four tumultuous decades begin with stories of the first white American women, Protestant missionaries, to enter into the Oregon Country. The saga continues on through the vast caravans of whites, both poor and rich, as well as both freed and enslaved African Americans trudging the long and sometimes treacherous Oregon Trail, a path where once only fur trappers and their native guides had dared to tread. By the second decade the stories switch to the rush of the Forty-Niners to California’s gold fields, the Mormon handcart exodus to the Great Salt Lake, and the infamous story of the Donner Party, who experienced some troubles crossing the Sierra Nevada mountains in winter.

After the Mexican-American War, California officially became a part of the United States. However, enslaved African American women still had to fight for their freedom in California courts, and Chinese women were openly sold on the docks of San Francisco and trafficked as sex workers to both Chinese railroad laborers and whites. Brothels, gambling halls, and saloons employed many women, but some found “respectable” work in being a cook or laundress. After a lull in westward migration during the Civil War, the migration began again in earnest. Instead of wagon trains, it was now possible to travel in relative luxury by train, as the first intercontinental railways were constructed to bring the riches from these far-flung realms back to the East and on the rest of the world.

But the stories don’t end there. Hickman has done well to present the course of America’s westward expansion through the stories of Native American women as well. Their lives would be changed forever by the flood of foreign immigrants who invaded their land and ruined an ecosystem that had once provided plentiful game and sustenance for generations. Outright genocide was sponsored by the state of California against its native peoples. Some native women did intermarry with white immigrants—first with the French trappers and then with American settlers—but these stories of domestic harmony did not guarantee their peoples peace. For nothing could stop the incursion of the US military and the “White Brothers’”desire for gold, silver, and land.

By the 1870s, the US government had broken many treaties they had made with the Tribes. This sparked war with the Lakota and others who wished to hold on what was left of their way of life. Soon it would become apparent that they were surrounded and outnumbered by white settlers, the buffalo herds decimated by white hunters. Forced onto reservations, by 1880 their way of life was at an end.

Brave Hearted is a wonderful glimpse into a bygone time that lives on in the stories of these strong women who overcame many hardships and tragedies. Armchair historians will enjoy reliving these days along the Western frontier.

Wrestling with Moses by Anthony Flint 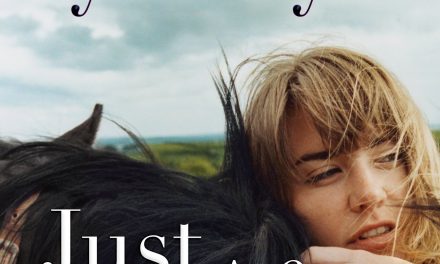