The Creative Writing Course That Changed My Life

In 1949 when I was twenty-one years old I took a creative writing course at the New School in Manhattan given by Professor Don M. Wolfe. He had been my freshman English teacher at New York University, where I graduated in 1947, just two months shy of my twentieth birthday.

I lived at home in my parents’ Crown Heights apartment in Brooklyn all through college and took the hour-long ten-cent subway ride to the NYU campus in the Bronx, which proved to be an excellent environment for study. Officially I was declared pre-med, although I had absolutely no interest in becoming a doctor, but I had to declare a goal since I was mostly uncertain what career path to follow.

In that fateful freshman year, largely due to Dr. Wolfe’s inspiration (of which he was surely unaware) I decided to be a writer of fiction, changed my major to English literature, gloried in the study of the extraordinary western canon of authors and have since then pursued a lifetime of obsessive composition of novels, short stories, essays and poems through every imaginable phase of rejection, insult, deprecation, praise, acceptance, and a moment or two of lionization.

Bonding In the Class Room

In Dr. Wolfe’s class there were about twenty-five students, of which I was probably the youngest. Many of the men were war veterans and an equal number were women of all ages. Many were not native New Yorkers but had come from all over America to seek writing fame and fortune in what was then the pinnacle of the publishing world.

As was Dr.Wolfe’s modus operandi, we would submit our short stories and he would read them diligently, covering the manuscripts with his pithy comments in red ink. When he found what he thought was the perfect image, sentence, and thought, he would offer a complimentary acknowledgement.

We were all well aware of the common link between us. We were all burning to write what in those days was described as nothing less than The Great American Novel and to savor the fame and fortune that would crown our talents.

One could sense this passion in all of us. It seemed to fill the classroom as if it were part of the oxygen. It was what had brought us together in this rare moment in time under the stewardship of a great, unsung professor who knew that the secret of all fiction writing was to use language to convey and illuminate imagery and meaning, to communicate through a form of artistry that illuminates the truth of the human condition that lies at the heart of all literature.

The craft he taught was more subliminal than merely practical. We had the sense that his critiques were based on the search for truth and honesty wrung out of our deepest need to express the meaning of our own experiences, conflicts, and aspirations. We were constantly creating parallel worlds from our imaginations. For students like us (certainly for most) it appeared to be not a question of choice on our part, but a calling.

One of our fellow students was an older fellow, Harold Applebaum, whose poetry appeared frequently in the New York Times, which in those days published a daily poem. Harold was a brilliant writer who sold candy wholesale to support his growing family. Although he might have cringed at the term, he was also the class literary scout. He chose a number of students from what in retrospect was a tremendously talented group to meet outside of class at our various domiciles to read our latest fictional efforts to each other.

The fact was that bonding with others of like motives was the principal ingredient of the creative writing class experience. We needed this connection to be together both in class and out.

We Had No Problem Being Dreamers

Convinced that we were all bursting with talent, we were obsessed with our goal to make our bones in the world of literature. Then, unlike now, it was a celebrated, prestigious and golden aspiration. It was, after all, the age of Hemingway, Faulkner, Fitzgerald, O’Hara, Thomas Wolfe, and the great European and English giants.

Five or six of Harold’s handpicked writing stalwarts, myself included, would meet a couple of times a month to read our latest offerings. One  of our group was Mario Puzo, then an unpublished novelist in his thirties

who had not yet  achieved the fame of his novel The Godfather and the movies that followed. Another was John  Burress, who had just got a contract for his first novelLittle Mule. His novel The Missouri  Traveler was made into a movie starring Brandon DeWilde. Among the other writers taking    courses concurrent with me at the New School was William Styron who was the first of this  group to break out into the literary firmament. Some of the others did achieve publication,  although none had the success of Puzo and Styron.

We were, at that stage of our lives, what you would call “wannabe” novelists. The fact that we  experienced the sheer joy of bonding with fellow writers continues to make this episode in my  life distinctly memorable. There was another creative writing class at the New School of    which  I was a member and at some point it was decided to publish stories selected from the  works of  those writers attending classes.

In the two years that I attended Dr. Wolfe’s class, two books were published containing the      works of the New School’s creative writing students. The two anthologies published in my  time were American Vanguard 1950, and Which Grain Will Grow.

In those books are two of my short stories, “The Other People” and “The Girl in the Polka Dot Dress,” both of which have been republished in my more recent two-volume New York Echoes collection.

Creative Writing is About Camaraderie and the Inspiration That Follows

It is true that creative writing courses cannot teach talent. But depending on the skill and understanding of the teacher, they can foster the kind of camaraderie and inspiration that can light the fire of inherent talent inside you.

The title of our anthology, Which Grain Will Grow, came from Shakepeare’s Macbeth 1, iii: “If you can look into the seeds of time and say which grain will grow and which will not, speak then to me.” In my day, as today, there was no guarantee that participating in a creative writing course would assure future success, or the realization of a student’s writing dreams. My own experience may be peculiar to that special time. But again and again, when I turn back to those moments of encouragement from my teacher and my peers, it never fails to offer a special reset of purpose, a recharging of those long-ago dreams.

This Essay Was Originally Published on THE RUMPUS Warren Adler is best known for his iconic novel turned box-office hit The War of the Roses, starring Michael Douglas, Kathleen Turner and Danny DeVito. He is the author of 40+ novels. A number of his novels are now currently in development as films, among them The War of the Roses – The Children (Grey Eagle Films and Permut Presentations), a feature film adaptation of the sequel to Adler’s iconic divorce story. 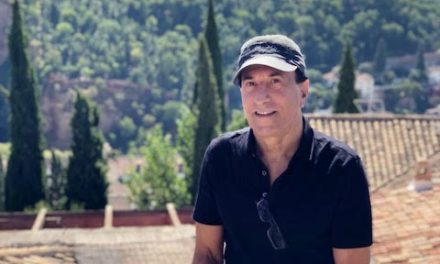 What Are Producers and Talent Managers Looking for in Sci-fi Submissions?

Book Packaging: A World to Explore