Writing a longer novel is like falling in love. You feel like something strong has taken hold of you and wont let go.
–Barbara Timberlake Russell, Published Author

Shelby County, Alabama-136 members and guests of the Society of Childrens Book Writers and Illustrators gathered at Inverness Elementary School in Shelby County, Alabama for their Fall Conference October 17, 1998. Han Nolan, the only writer in history to receive consecutive nominations for the National Book Award (she won the award in 1997 for her young adult novel Dancing on the Edge) gave the Keynote Address.

Here are highlights from several of the conference workshops:

Larry Dane Brimner, author of more than seventy childrens books, including chapter books, picture books, and nonfiction, offered the following advice to writers on how to make a living as a writer.

When you go into teaching, you have a general idea of what a teacher makes each year, said Brimner. But we are so secretive about the earning possibilities for writers. It is possible for a writer to earn a living wage, $30,000 or more per year, even if your book is not doing well, said Brimner. But to do this, a writer must understand the difference between book revenue, the amount of money your books actually bring in, and book income, the amount of money you earn from writing-related activities.

Brimner offered several suggestions on how writers can bridge the gap between book revenue and a living wage. One possibility is teaching for a mail order institution such as the Institute of Childrens Literature or for college extension programs or continuing education classes. Other ways for writers to earn a living wage include: offering other writers your editorial services for a fee; becoming a publishers first reader; becoming a concept reader for a publishing house; photo researching for publishers; and making school appearances.

Youre ready to begin a long-term project such as a middle grade novel when youre excited by an idea and the characters have started to speak to you, said Russell. If youve got a lot of punch in the first chapter, youre going to catch an editors eye, Russell said. Writing a longer novel is like falling in love, explained Russell. You feel like something strong has taken hold of you and wont let go.

Russell recommended the following books for writers: The Courage to Write by Ralph Keyes; Bird by Bird by Anne Lamott; Self Editing for Fiction Writers by Renni Browne and Dave King; and Walking on Alligators by Susan Shaughmessy.

I once asked my mother how she could stay married all those years, said Russell. And she said momentum. For writers, sitting in front of the computer regularly, writing something, is momentum. The business of sticking it out is tough, she says, but thats how you finish a long-term project such as a picture book or young adult novel.

Bonnie Stone, award-winning author of fiction and nonfiction for adults and children, advised conference attendees to start your books in the middle of the action – when the kids are doing something, not planning to do something. And include plenty of dialog, said Stone, because most of these books are 90% dialog.

Stone suggested that writers give themselves permission to write, even if its only for 30 minutes a day. Make your writing a business, said Stone. Develop a writers mind. When Stone is developing her writers mind, her husband sometimes comments: You dont call that eavesdropping, do you? Youre just exercising your writers mind.

Catharine Varnedoe, illustrator, said: Editors may think you are the most talented thing in the world but marketing wants to know if you can sell books. She also warned illustrators and writers not to think their work is finished when they turn in their book. The work has just begun at that point, said Varnedoe.

In her workshop on self-promotion, artists agent Christina A. Tugeau said:

Youre selling your style and then yourself to editors. But most writers and artists try to sell themselves first. Tugeau also suggested that artists and writers make their cover letters extremely short. Not more than one page, she said. And maybe only a couple of paragraphs on that page. Dont send a resume. They (editors) dont care. They can tell by looking at your work if youre a match.

Details of this conference are available for a business size, self-addressed stamped envelope: Southern Breeze, P.O. Box 26282, Birmingham, AL 35260 or send an e-mail request to: JoanBroer@AOL.com. 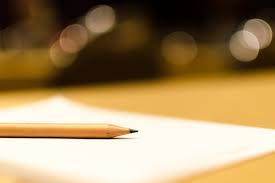 How do you know if your writing is considered “literary fiction”?