I’ve heard it said numerous times by many people that artists must suffer in order to produce great work. I happen to agree–except for those points on which I disagree.

Firstly, you should never put yourself in harm’s way just to have something to write about. And, you should not feel that just because you haven’t been through a war or a shipwreck, you don’t have anything to say. ‘Suffering’, in this context, does not mean pain–it means experience. All aspects of human experience contribute to our artistic expression, and it’s the more dramatic and painful episodes in our lives that make for the most interesting reading. (For an exploration of why this is, see my article on conflict, currently posted on my website at http://williamkowalski.com/creative-writingtips/articles/using-conflict-to-strengthen-stories/.)

But this doesn’t mean you should go out and get beaten up, or slash your arms with razors, or take drugs, or get drunk, or deliberately hurt yourself in any way. Trust me-life is going to throw enough challenges at you without you inventing more, and there are plenty of people out there who are willing to hurt you already. You don’t need to make their jobs any easier.

The astute reader will have noticed the sarcastic tone of this chapter heading. The reason for it is that I have a particular dislike for the dramatic personality that claims to be artistic but is really only interested in… well, in being dramatic. You will encounter this in many areas of the arts. Lest I sound too dismissive, I should point out that in some arts–such as, oh, I don’t know, drama–being dramatic can serve the artist well. But I am leery of those who claim that in order to produce great art, one must suffer, for the simple reason that it isn’t true… and also because I strongly suspect many of these people are far more interested in acting like martyrs–in showing off their suffering, much of which is self-inflicted–than they are in producing great art.

In other words, save the drama for your mama. If you’re a writer, you don’t wander around moaning ostentatiously about how hard it is to be a writer. You don’t get entangled in illicit affairs or become addicted to heroin just so you have something to write about. You don’t start smoking and drinking or robbing banks just because you think it makes you more interesting. You just write.

But let’s back up a bit here and talk about the word suffering itself. We may think we know what it means, because in common parlance it means to feel pain. But like so many other things we think we understand, as soon as we take it apart, we realize that we really don’t know as much as we think we do.

Suffering is an ancient word, and like many ancient words it has changed meaning many times. It’s connected to the ancient Greek pathos (πάθος), which is where we get the word pathetic. Pathos can mean suffering, but it also means feeling–not just bad feeling, but feeling in general.

Pathos is also related to paschein (πάσχειν), which is where we get the word passion. This also means suffering, among other things. It’s interesting to note that we typically use the word passion today to refer to strong emotions that can feel as if they are beyond our control, such as love, or even lust. At other times, it may refer to an obsession with something, such as cooking or art. Anyone who grew up Catholic, as I did, will be familiar with the term “the passion of the Christ”, always used in conjunction with the Crucifixion. What on earth Christ’s suffering had to do with passion mystified me as a child, but I never felt comfortable asking. If I had, I might have learned that passion has to do with great feeling–any feeling, not one particular one.

The word suffering itself has not always meant feeling, either. For much of its history, it meant to experience or endure, to subject oneself to, or to undergo. So, while it can and often does have an unpleasant emotional connotation, that is not something that’s built into the word itself, but is something we’ve assigned it in more recent times. As a result–and you see this happen over and over when you study language–it has lost much of the richness it once possessed. I don’t mean to get too religious on you, but it so happens that the New Testament is a rather rich source for linguistic comparison, since it was originally written in Greek. When Jesus says, “Suffer the little children to come unto me,” did he mean “Bring them over here so I can hurt them?” Hardly. He meant, “Let them have the experience of talking to me.” I don’t mean to offend anyone, but whether or not you are a Christian is beside the point. We are talking about words here, and this is the earliest popular example with which I am familiar.

So, suffering really means experience. Do you need to feel pain to write great stories? No. Do you need experience to write? Well, now we’re getting somewhere. A person with very few life experiences is probably going to write stories of less depth than someone with many. That’s not always true, but it usually is. And of course, just because someone has lots of experience doesn’t mean they’re going to be a good writer.

So just having experiences isn’t enough, either. What are we aiming for, then? What is this section really about?

If you want to be a good writer, observe everything carefully. Observe with all your senses. The ancient Sufis believed that we have not five senses, but 360 of them. So use all 360 of your senses to describe things. How does it feel, smell, taste, sound? How does it make you feel? How does it affect other people? How do you feel different afterward? If you write about this experience later, you will need to engage your readers using all of their 360 senses. It’s often a good idea to write down as many details as you can immediately after having an experience, because you will forget most of them as time goes on.

So, don’t deliberately put yourself in dangerous or stupid situations just because you think it will make you a better writer. Life is full of enough challenges already without you creating more. Simply because you are a human being, you will experience great joy and great heartbreak, as well as all the stages in between. So will everyone else on the planet. That is what connects you to them, and that is what you will write about-human suffering, or, put in other words, the human experience. 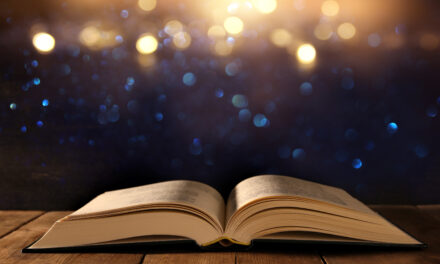 How long does it take you to revise and edit a rough draft?

Practices I’ve Lived by as a Storyteller

METAPHOR : This is That