Stet #2 Occasional Thoughts from the Editorial Side

Occasional Thoughts from the Editorial Side

What is it youre trying to accomplish with your writing? To entertain me? But you dont know me, or any of the others who call themselves me or I; you can only hope that you know us, know the readers (and agents and editors are readers, after all) well enough generally that you dont have to worry about the specific. You have to be everyman (which isnt a sexist comment, but a phrase. Thats all, a phrase), you have to entertain yourself first, then. You have to satisfy yourself. Not lie to yourself but honestly and truly satisfy yourself. You have to write better than you can.

And it can be donebut well talk about that later.

How does one write better? Weve had hints; heres something solid: at a conference at which I was speaking once upon a manuscript or two ago, one of the contests was for sensual writing. Thats cool; I love sensual writing: Helen Dunmores `1996 novel, Talking to the Dead, is perhaps the most sensuous story Ive ever read. But the phrase isnt about sex scenes or love scenes; it is about engaging the senses, as many of them as possible in the course of your story. Not all at once, but a couple at a time. It is about the senses-all of them.

Think of descriptions of meals that youve read; then read John Lanchesters The Debt to Pleasure. See if you can still find a copy of a novel titled, Parfüm. Then make a Diane Ackermans A Natural History of the Senses a permanent part of your writing library.

Why keep on about this? Consider: how do you experience the world around you? Not intellectually; we translate what we sense and then the intellect comes into play, translating, making things contextual: making comparisons. What does something sound like, look like? I recently bought a new melon, something called a Sprite. The taste is like honeydew; the texture is crisper, like biting into a small piece of coconut. Describe the taste of a kiwi fruit.

And we are aware of subtle differences: Red isnt simply redit may be cardinal or scarlet or brick. (Even shadows may have different shades.) Is loud simply annoying or painful, a babys cry on a long flight or an air hammer under your window? Weve all heard (or unfortunately may have used) the phrase: smooth as a babys bottom. (Ah, the simile; a way to feel what we want the reader to sense.) What else is smooth? Is the smoothness of yogurt different? Yes, because it entails, automatically, yet another sense: taste. It comes together, eventually.

Too often, as I read manuscripts, I stumble across a paragraph or two of description-several times. It isnt in any context at all: Im told the dimensions of a room, the furnishings. Sentence after dull sentence of facts, of items. I dont experience them as the character might (and generally, the character isnt experiencing them either, simply reporting on them. Or, worse, the author is, leaving the character pacing in my imagination, waiting to return to the action). Or we grind to a halt as a character is described, in detail.

But stop to think about it for a moment. When you meet someone for the first time, do you see everything about them at once? It is the same with a room or anything else: we sense in bits and pieces. (And women and men see and sense things differently.) I might notice a French manicure if a woman extends her hand to me; if shes sitting at a table, one hand in her lap, the other holding a glass to her lips, I might (probably wont) notice. Why, then, would I do something unreasonable like talking about her nails when I cant see them? It doesnt take a Vulcan to see the illogic in that.

There are unimportant details, but not many, not if theyre kept in context and not if theyre revealed through action. Let the reader know about a mans cologne through another characters reaction to it: leave it all to the character. Those details make a difference: they add to the central character, the one experiencing the sense and they tell us something about that which is being described: they create a third dimension.

Make me see and hear and feel what your characters are and youll have gone a long way toward making me want to acquire publication rights.

Other articles for Authorlink by Michael Seidman:

Stet #1, Occasional Thoughts From the Editorial Side

MICHAEL SEIDMAN is an editorial consultant working with individuals and publishers. He can be reached at mseidman@aol.com.

Knowing One’s Genre: It’s Only Half The Battle 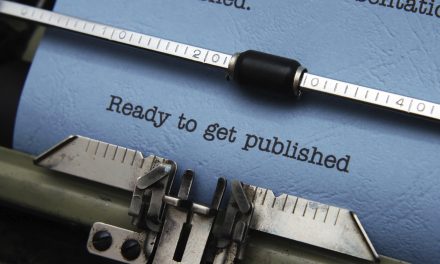 Writing Insights: How Many Pages Should You Write in a Day?

How to Avoid Mid-Story Memoir Sag 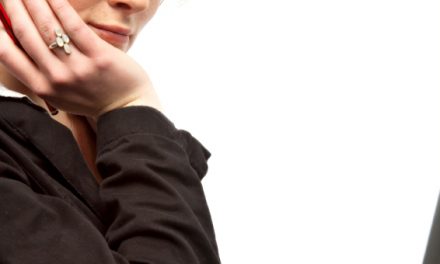 How Do You Know If Your Self-Published Novel Will Be a Success?