What Are Producers and Talent Managers Looking for in Sci-fi Submissions? 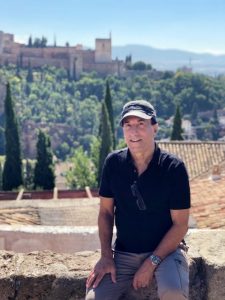 author of Miracle Man and The Austin Paradox

To interest TV or movie producers in a work of science fiction, there are certain things required for these formats that are often not found in many good sci-fi novels.  So, if the book author is looking to interest producers and talent managers in his work—he has to be sure that he is ticking the boxes that are relevant to these mediums.

Firstly—the science aspects cannot be too complex or complicated to be adapted to the screen.  While a reader of a sci-fi novel may be happy to wade through scientific details and those may heighten his or her reading experience, those complexities will not translate well to TV or motion pictures. The science, in essence, has to be a series of “visual sound bites” that are plausible to the viewer. Think of it as “science light”.

Because the “science” will not be dominant in the TV or movie production, the weight then falls heavily on the fiction itself.  This means that the quality of the characters in the story, their depth, development and relatability, and the plot lines of the book itself must be the selling points.  I found this out through my own experiences with my novels, Miracle Man and The Austin Paradox.  While I haven’t yet made a TV or movie deal for these properties—I have had several offers.  When I discussed with the producers why they were interested—it always came down to the same thing:  they were very taken with my protagonist, a scientific genius who was a multi-faceted, troubled and flawed individual, and they liked the plot lines and the support characters.  The “science” part of the “science fiction” ultimately was just the “stage setting” for these other key elements to play out.  All they cared about with regard to the science was that my concept was “interesting” and that I had made it believable. Similarly, talent managers who handle the careers of actors are looking for the same thing as the producers, but with an emphasis on whether the novel’s characters will be compelling persons for their clients to portray.

The other element that is key to movie and TV producers is whether the plot has enough action in it to maintain the attention of the viewing audience.  There is a real difference in this respect between novels, on the one hand, and TV/movies, on the other.  A novel can be somewhat slow-moving and still maintain the interest of the reader.  But viewers’ attention spans in front of screens are frequently short—and TV and movie producers know that.  To the extent that I received criticism from certain movie producers with regard to my novels—it was always that “there wasn’t enough action for the screen”.  Producers really do love explosions, fires, car chases, graphic violence, killings and sex. If a “sci-fi” novel doesn’t have at least some of those elements in good measure, there is a significant chance that it will fail to capture the interest of a producer. Talent agents also know audiences’ preferences and are very aware that the above ingredients often are key to making successful television and movie productions.  Often “sci-fi” novels are rather cerebral and, with rare exceptions, cerebral does not translate very well to the screen.

Ironically, the least important element to a movie or TV producer or talent agent in a “sci-fi” production, is great science.  This is very different from an author’s challenge in writing a high- quality science fiction novel.  If the science in a novel appears to be amateurish or “junk science”, then the author usually will lose the reader and the novel will fail.  But because the science in a TV or motion picture is treated superficially and goes by so fast—often elucidated in brief dialog exchanges between the actors—the standard can be appreciably lower. This doesn’t mean, of course, that a “sci-fi” author should “dumb-down” the science when writing a novel in the hope of interesting producers or talent agents.  The author has to write his or her best book and leave it to the TV and movie folks to translate the book to their medium if it captures their imagination.

Another important factor in attracting producers and talent managers is to recognize that they are looking for characters and storylines that have the potential to interest a broad audience, both demographically and geographically. If an author’s “sci-fi” novel significantly incorporates broader genre subject matter such as “thriller”, “mystery” and “romance” elements, then there is a much greater chance that a producer and talent agent will be interested.

—But at the end of the day, we as the authors of novels must write the books that fulfill our own personal vision.  If we are fortunate, our work will be sensitively and creatively adapted for the screen, but if that was our paramount goal –we wouldn’t write novels, we would write screenplays.

William R. Leibowitz has been practicing entertainment law in New York City for a number of years.  He has represented numerous renown recording artists, songwriters, producers and many of the leading record companies, talent managers, merchandisers and other notable entertainment businesses.  At one point, he was the Chief Operating Officer/General Counsel for the Sanctuary Group of Companies, a U.K. public company that was the largest ‘indie’ music company in the world (prior to its acquisition by the Universal Music Group).  William has a Bachelor of Science Degree from New York University (magna cum laude, Phi Beta Kappa) and a law degree from Columbia University.  He lives in the village of Quogue, New York with his wife, Alexandria, and dog, George.

William wrote Miracle Man because of its humanistic and spiritual messages and because he feels that in our current times– when meritless celebrity has eclipsed accomplishment and the only heroes are those based on comic books, the world needs a real hero—and that, of course, is Robert James Austin.

What Are the Elements of a Great Book Title?

Writing Narrative Nonfiction: Playing with the Narrating Voice of Memoir