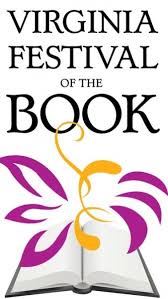 The Virginia Festival of the Book – a program of Virginia Humanities celebrating its 25th year of bringing writers and readers together to promote and celebrate books, reading, literacy, and literary culture – today announced a series of national partnerships which highlight the festival’s growing reputation and allows Festival visitors increased access to award-winning authors, thinkers, and industry leaders.

Three new headlining programs will showcase some of the most acclaimed authors working in fiction, nonfiction, and poetry today, and will include new festival headliners Ron Charles, Leslie Connor, and Rebecca Makkai. The 2019 festival will take place March 20-24, 2019, in Charlottesville and Albemarle County. Details about the newly announced programs can be found below:

Friday Black: A Conversation with Nana Kwame Adjei-Brenyah and Ron Charles
Saturday, March 23, 2 p.m. at the Jefferson School African American Heritage Center Nana Kwame Adjei-Brenyah (Friday Black) discusses his highly-acclaimed collection of short stories with Ron Charles, book critic and feature writer at The Washington Post. Readings from the work will be interspersed throughout the conversation. This program is FREE to attend and open to the public. Book sales and signing will follow.

National Book Critics Circle Presents: Outstanding Writing
Sunday, March 24, 1 p.m. at the Central JMRL Library Join National Book Critics Circle (NBCC) board members Tess Taylor (Work & Days) and Marion Winik (The Baltimore Book of the Dead) as they discuss the NBCC’s work in support of reading, criticism, and literature. Taylor and Winik will be joined by NBCC Literary Award-recognized author Nicole Chung (All You Can Ever Know). The only national literary awards chosen by critics themselves, the 2018 NBCC award longlist is announced in January, and awarded the week before the Festival. This program is FREE to attend and open to the public. Book sales and signing will follow.

In addition, the festival is pleased to announce the addition of John Edgar Wideman, author of American Histories, to the 2019 line-up as a headlining speaker in the official closing program of the festival, A World Built on Bondage: Racism and Human Diversity in Award-Winning Fiction, on Sunday, March 24 at 3 p.m. at the Jefferson School African American Heritage Center. Wideman will join Esi Edugyan (Washington Black) in a conversation on the meanings of race, violence, and freedom, as explored in their acclaimed fiction. Edugyan and Wideman each received the Anisfield-Wolf Book Award for earlier work; they are accompanied in conversation with Award jury member Rita Dove. Following the discussion, speakers will welcome audience questions. Sponsored by Wells Fargo, the Charlottesville Sister Cities Commission, and the Anisfield-Wolf Book Awards presented by the Cleveland Foundation.

The full 2019 Festival schedule and list of speakers is available at VaBook.org and searchable by genre(fiction, nonfiction, poetry, children/youth, and crime fiction).

A Look at Why Booksellers Should Embrace the New Technologies