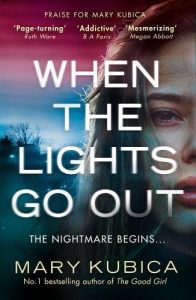 When the Lights Go Out

Jessie Sloane is the twenty-something daughter of a single mom. From an early age Jessie questioned her identity, wondering about her father and why he’s no longer with the family. When her mom Eden is diagnosed with terminal cancer, all Jessie’s thoughts of her parentage fall by the wayside as she strives to care for her. Life becomes harder when Jessie has to deal with increasing insomnia as well.

…a dark, hypnotic story of doubt, heartache, and identity in the modern world.

Before her mother passes away she utters one last message to Jessie. Find yourself. Jessie takes this to mean she should resume her studies, abandoned at the onset of her mom’s first brush with cancer, and make something of her life. Her mom’s words take on a different, darker meaning when Jessie’s college application is stymied. A query rises over her social security number, which belongs to a girl of three who died twenty years ago. All kinds of red flags begin to sprout until officially Jessie doesn’t seem to exist. Jessie’s doubts and uncertainties over her parentage surface again, fueled by fear and bizarre hallucinations as the insomnia tightens its grip on her mind. Just what did Eden do all those years ago? In a parallel narrative Eden’s journal of twenty years before depicts the increasing heartache of a woman born to be a mother, who cannot conceive. As Jessie falls deeper into the grip of her illness the strands weave together until an unexpected resolution begins to form – if Jessie can survive long enough to reach it.

When the Lights Go Out is a dark, hypnotic story of doubt, heartache, and identity in the modern world. One for Kubica fans everywhere. 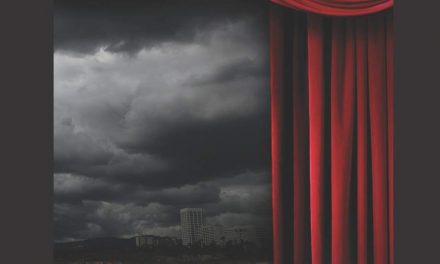