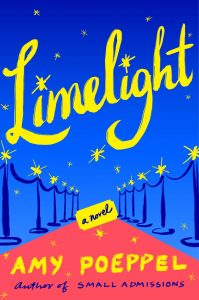 Allison Brinkley, who has just moved from Dallas to New York City, gets a dose of big-city driving when she crashes into an unoccupied BMW while retrieving her child at school. But this one incident pivots her life into a direction she never imagined, all detailed in Amy Poeppel’s romantic novel, “Limelight.”

Poeppel weaves a dubious plot but it’s still enjoyable to read. When Allison’s charming and loving husband is promoted to a lucrative job in New York City, they move into a cramped apartment with three children and a cat. The transition immediately creates problems as the children adjust to private school and Allison fails to get the English teaching job she was expecting.

. . . gives the reader a glimpse behind the production and staging of a Broadway play.

As Allison is regretting the move, she receives a text from the BMW owner demanding she deliver her insurance information immediately to his penthouse. But when she arrives, she encounters mayhem, all centered around the penthouse occupant, a teenage pop star named Carter Reid. A drunken, drug-fueled fight had broken out in the lobby earlier after Carter urinated in the lobby and insulted everyone, prompting a walkout by his fed-up security and personal staff. But Allison’s mother-instincts kick in and she nurses Carter back to health, ultimately becoming his personal assistant.

Allison is determined to ensure Carter complies with his contract to perform in a Broadway play, “Limelight,” based on a Charlie Chaplin movie. Carter is totally unsuited for the role, as he is a singer and dancer, not an actor. But the producers expect a sellout with a popular rock star. Allison’s challenge is to ensure Carter makes it to rehearsals, learns his lines and stays sober, a tall order that requires help from her family.

Poeppel’s novel gives the reader a glimpse behind the production and staging of a Broadway play. “A good play makes you forget where you are and think about humanity,” she tells Carter. It’s a lighthearted novel, but still worth reading for her insight into the theater scene. 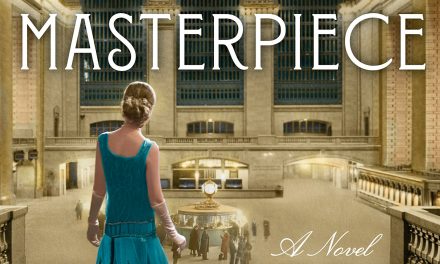