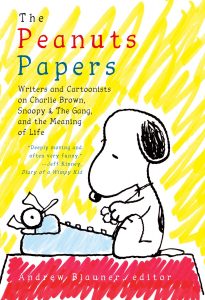 The Peanuts cartoon series by Charles M Schultz is famous all over the world. Charlie Brown and friends have entertained children and adults alike since the strip was first published in 1950 to the present day. It’s as much a feature of American life as baseball and apple pie. But what really lies behind the antics of Charlie, Lucy, Linus and Snoopy? Thirty three luminaries such as Umberto Eco and Nicole Rudick air their thoughts on the wit and wisdom of Peanuts in this collection.

As more than one writer points out, Schultz’s characters have the lives of children but think like philosophers. Charlie Brown is an Everyman character, perpetually thwarted but like most of us, always ready to hope for the best. The supporting cast each have their own pluses and minuses, each reflecting an aspect of human behavior. Their world began in the new American middle class suburbia of the 1950s, but their origins lie much further back with a variety of sources, including the Skippy cartoon of the 1920s, a fact acknowledged by Schultz himself.

Is Peanuts still relevant today? In The Peanuts Papers, each writer brings his or her own view on the subject to the fore in this fascinating read.

The Bradbury Chronicles by Sam Weller 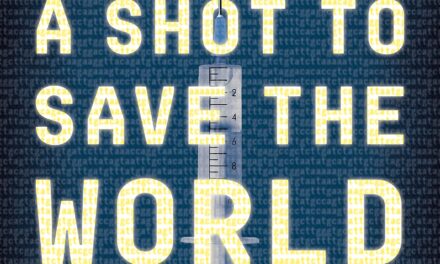