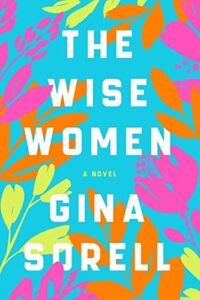 The Wise Women is the author’s second novel, the first being Mothers and Other Strangers. (https://authorlink.com/interview/mothers-and-other-strangers-by-astonishing-new-talent-2017/https://authorlink.com/interview/mothers-and-other-strangers-by-astonishing-new-talent-2017/)

The Wise Women deals with the ever-ancient, ever-new intergenerational issues that are common to all families. The mother, Wendy Wise, was a young widow who managed to raise and provide for her daughters, Barbara and Clementine, by establishing herself as an advice columnist and author using the nom de plume Wise Woman. Naturally, after spending her career dispensing advice to women, she managed to neglect her own daughters.

Her daughters are adults now, with lives and problems of their own. The novel opens with Clementine, the younger daughter, delighting in the perfectly imperfect home she shares with her husband and young son in Queens, New York. She is so very glad they own the house because real estate prices in New York are growing faster than her income can manage. She used her life savings, and a considerable investment from her sister, to provide the down payment. Since her husband had no money of his own, she gave him all the money for the down payment to protect his delicate ego and let him handle all the financial arrangements that go in to purchasing a home. She believed she was following the advice in one of her mother’s books:

It’s okay to be the breadwinner as long as your husband feels like he the bread baker.

When her former landlord knocks on the door wondering where the past few months rent is, Clementine discovers that they are renters, not owners, and more than that, the money Clementine has been giving her husband has not even been going to keep them housed.

Here is where this reviewer lost confidence in the willing suspension of disbelief which goes with reading a work of fiction. It strains credulity that a woman today would hand over a very large amount of money and let her husband deal with all the legal work inherent in buying a house. Did she never wonder why she didn’t sign the mortgage documents? Did she never wonder what the monthly payment was, especially considering she was the one who earned the family income while her husband pursed his own dreams?

Getting past that hiccup, the story unfolds with the interactions of the Wise women. Mother and daughters each have their secrets, but they need to confront their problems with honesty in order to move forward. Barbara has a thriving business but is nearly overwhelmed with the amount of debt she has taken on. She wonders when her sister will begin paying back the loan she gave for the house, but she doesn’t want to ask because she is used to being the responsible one in the family. Wendy, having lost her column due to her advice being out of date and useless, keeps secret her lack of employment from her daughters. She disappears in a veil of lies until, somehow, she intuits that her daughters need her. So, she shows up and tries to manage things in her usual heavy-handed way.

The mother and daughters reach a truce with how they will deal with each other, and in the process, they work to make their situations better for all involved. In the end, one supposes, they do become the wise women they were meant to be. 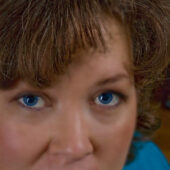 The Altman Code by Robert Ludlum and Gayle Lynds

The Thousand Autumns of Jacob de Zoet by David Mitchell