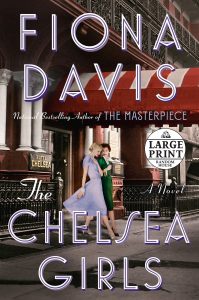 The historical novel, “Chelsea Girls,” verifies the old adage that history repeats itself. Fiona Davis’ drama unfolds during McCarthyism when entertainers living in the New York Chelsea Hotel were without evidence targeted for subversive practice and blacklisted as “communists” and “socialists.”

It’s just after World War II, when main characters Maxine Mead and Hazel Ripley, who meet as USO performers and become best friends, go separate directions. Mead prospers in Hollywood, while Ripley checks into the Chelsea, often described as “ ‘She’, like a lumbering red brick ship filled with foolish dreamers.” There, Mead pens a screenplay about the last war days in Naples. The play heads to Broadway with Hazel as director and Mead in the starring role.

As rehearsals begin, cast members are summoned for questioning, stoking fear in New York’s theatre population. Ripley gets listed in “Counterattack”, an anti-communist newsletter. “What is wrong with attending an anti-Fascist rally?” she asks, “That’s who we went to war against.” She notes communism and socialism were a philosophical “rage” post-Depression, to “expose the wide rift between the rich and the poor.”

Ripley and others are hauled before the House Un-American Activities Committee (HUAC). Some performers, facing threats of harm to them or their families, are forced to give “names.” Those who refuse to cooperate lost their jobs and others haunted by their past. A climate of fear, known as the “Red Scare,” spreads through the New York entertainment.

Author Davis, recognized for extensive research in past novels, similarly conducts for this book numerous interviews, including with a 98-year-old actress who worked in Manhattan during the McCarthy era and talked about blacklisting, and those charged enormous fees to clear their names.

This novel, though fiction, mirrors today’s political venom, and growth of extreme right-wing politics. McCarthy during the “Red Scare” remained extremely popular with the American public, leaving little opposition to his anti-communist frenzy. Davis has done us a service with a compelling historical novel that offers perspective to understand today’s polarized politics.

The Hidden Girl by Louise Millar 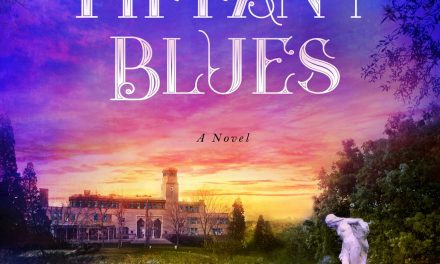 This Book is Overdue by Marilyn Johnson