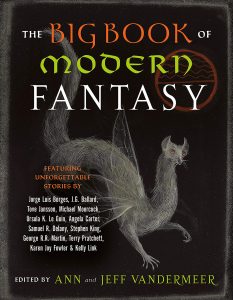 The Big Book of Modern Fantasy

Edited by Ann and Jeff Vandermeer

Editors Ann and Jeff Vandermeer have compiled an extraordinary collection of creepy, scary and intelligent stories by an impressive number of fantasy writers from around the world in their hefty new tome, “The Big Book of Modern Fantasy.”

In the introduction, the authors acknowledge there’s disagreement in defining fantasy so for their selection criteria they’ve defined it as encounters with the non-real, no matter how slight, and what that moment signifies.

This anthology includes a multitude of stories, including from fantasy luminaries Ursula K. Le Guin, Stephen King, Terry Pratchett, Vladimir Nabokov and Gabriel Garcìa Márquez. What defines this collection as special is the inclusion of international writers, some whose stories have never been translated into English until now. Noteworthy among the foreign women authors are several Latin-American women.

From Argentina, Julio Corátzar’s socio-political story. “Cronopios and Famas,” emphasizes the difference between classes of people in an absurd manner completing common everyday functions. The “Famas” people carefully maintain the wall clock, while the “Cronopios” use a wild-artichoke fastened by “stem to a hole in the wall.” When a leaf is plucked, an hour has passed, and when the center is reached, the artichoke is eaten. Within his story there are grains of truth.

English writer Leonora Carrington, who spent a large chunk of her life in Mexico, offers “A Mexican Fairy Tale,” about a boy named Juan who tends pigs. His quest is to find a ladder to climb over a wall to learn where the sad sound of crying is coming from.

Jamaican Nalo Hopkinson’s,“Tan-Tan and Dry Bone,” is a bizarre tale of a cursed woman who attempts to redeem herself by aiding a starving man, Dry Bone, in a town called, “Duppy Dead Town.” Written primarily in a colloquial dialogue, it is a sympathetic depiction of Tan-Tan, struggling to rid herself of Dry Bone who has snared her into a trap.

…truly unique, worthy of a read, or better yet, deserves a place on anyone’s literary bookshelf.

Dragons are also included, the editors say, because there’s an interest in the “proliferation of iguanas and other giant lizards due to climate change.”  Finnish writer Trove Jansson’s, “The Last Dragon in the World,” tells about young children who find a dragon “no bigger than a matchbox,” and like children, struggle with keeping it a secret or how to share this incredible discovery.

The Vandermeers, who have championed new and “unjustly obscure voices,” throughout their career, say this is their last anthology. Although satisfying, they say compiling such a volume “has taken a toll.” This collection is truly unique, worthy of a read, or better yet, deserves a place on anyone’s literary bookshelf.

The Rose of York: Fall from Grace by Sandra Worth 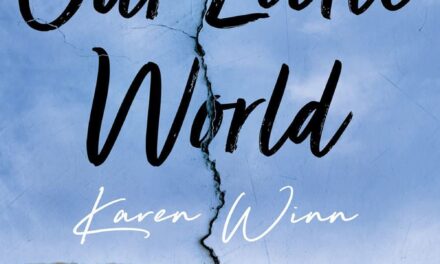 Upside: The New Science of Post-Traumatic Growth by Jim Rendon