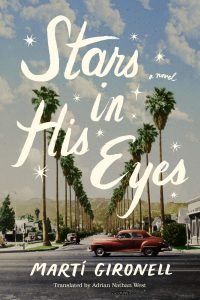 Stars In His Eyes

1949: Franco’s rule has settled on Spain like a lead weight. Ceferino “Cefe” Carrión knows that his call up papers will arrive soon, forcing him to serve in the hated regime’s military. Seeing what the regime did to his father after the civil war, Cefe decides to flee his native Catalonia in search of a new life in America. Stowing away aboard a ship bound for New York City, Cefe is helped by a tough sailor sympathetic to the plight of stowaways.

Arriving in America, Cefe contacts the few family members he has there and works hard to make a success of his life. The Franco regime has a long reach, however, and his family in Spain warns Cefe that he’s now considered a military deserter. To avoid being sent back, Cefe changes his name to Jean Leon after an admired artist and heads out to California. Here he meets and befriends James Dean, Frank Sinatra and a host of other young celebrities, including rising politicians Ronald Reagan and JFK. He also finds love and success in the restaurant business when he opens his own establishment—La Scala. But Jean still feels something is missing from his life. Only by returning to Catalonia and reconnecting with his past can Jean Leon close the circle of his life and find true happiness.

…a telling contribution to European literature.

Stars In His Eyes is a telling contribution to European literature. Gironell has produced an engrossing story of one man’s life in the heady days of 50s and 60s California. 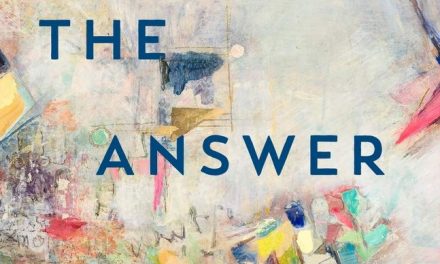 Review: I Have the Answer by Kelly Fordon

The Discreet Pleasures of Rejection by Martin Page