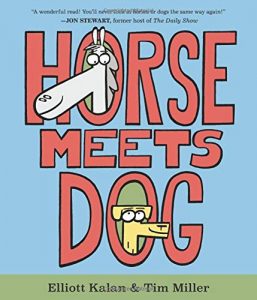 Horse Meets Dog is celebrity author Elliott Kalan first children’s picture book. Kalan has previously written for adults on such television classics as Mystery Science Theater 3000 and The Daily Show with Jon Stewart, as well as for the Spider-Manand X-Men comics series. Tim Miller is an author/illustrator of picture books as well as middle grade series books. Together they create a comical short story that will please parents of the read-to-me crowd.

Dog thinks Horse is a dog, and of course, Horse thinks Dog is a horse. Whimsical cartoon illustrations emphasize the vast differences between these two beings that they cannot seem to grasp, and nothing can dissuade them from trying their best to convince the other that he’s something else. Horse cannot make Dog change his mind no matter how many oats he tries to stuff down Dog’s throat.  Dog cannot get Horse to bark and chase after a ball like all good canines do.  In the end, they’ll just have to accept each other as they are.

Horse Meets Dog is a funny object lesson in learning to love your neighbor even if he has a funny mane or strange paws.

Lovers on All Saints’ Day by Juan Gabriel Vasquez 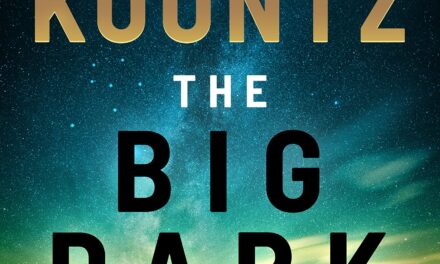