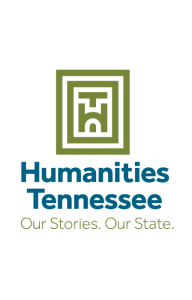 NASHVILLE, Tenn. — The Southern Festival of Books presented by Humanities Tennessee is set to return for its 31st annual event this weekend, October 11-13, 2019.  More than 200 authors and laureates will join 25,000 bibliophiles on War Memorial Plaza and the downtown library for three days of free programming that includes panel discussions, book signings, live music, and children’s activities. Attendees will have the opportunity to shop from a diverse selection of booksellers and publishers. No advance registration or tickets are required, and all seating is on a first-come basis. A full list of authors, performers, vendors, and master schedule can be found here.

Check out some of the top picks for the weekend:

Featured Authors
Ottessa Moshfegh is a fiction writer and New York Times, bestselling author. Her debut novel, Eileen, won a PEN/Hemingway Award and her second novel, My Year of Rest and Relaxation, was named a book of the year by Time, NPR, Entertainment Weekly and others.

Taylor Jenkins Reid has one of the hottest and most talked-about books of the year with Daisy Jones & The Six. The novel is told in oral history format and revolves around the whirlwind rise of an iconic 1970s rock group and their beautiful lead singer, revealing the mystery behind their infamous breakup.

Coffee with Authors Ann Patchett is a world-renowned multi-award-winning author and co-owner of Nashville’s Parnassus Books, the official bookseller of the festival. Her latest work, The Dutch House, has been called a “thriller” and a “psychological page-turner” by the Washington Post. Margaret Renkl is a contributing opinion writer for The New York Times, where her essays appear weekly, and the former editor of Chapter Sixteen, the daily literary publication of Humanities Tennessee. Her newest work, Late Migrations: A Natural History of Love and Loss, is a collection of essays merging the natural landscapes of Alabama and Tennessee.

Samantha Power is a Pulitzer Prize-winning Professor of Practice at Harvard Kennedy School and Harvard Law School. From 2013 to 2017, Power served in the Cabinet of President Barack Obama and as the youngest ever U.S. Ambassador to the United Nations. Power, who began
her career as a journalist reporting from places such as Bosnia, East Timor, Rwanda, and Sudan, was named one of TIME’s “100 Most Influential People.” In her new memoir, The Education of an Idealist, Power traces her distinctly American journey from immigrant to war correspondent to presidential Cabinet official. She will be in conversation with actor Connie Britton.

Handmade and Bound Festival Watkins College of Art will continue their partnership with Humanities Tennessee by bringing
the 9th edition of the Handmade and Bound Festival, a celebration of the art of handcrafted books, magazines, and all things print and paper, back to the Southern Festival of Books this year. The festival will offer craft sales and hands-on demonstrations War Memorial Plaza.
Performances

Don’t miss some of the many talented local performers from across a wide-array of genres across the three entertainment stages over the weekend. From acts like Doug Kershaw, one of the most prolific Cajun musicians of all time, to members of Third Coast Comedy, Nashville’s
only improv studio, there is something for everyone. Attendees are encouraged to catch a performance of Romeo and Juliet courtesy of the Nashville Shakespeare Festival on Sunday at 2:30 p.m. in the Nashville Public Library Auditorium.

Food Vendors
Take a break and grab a bite at one of the many mobile food vendors who will be onsite dishing up a variety of delectable bites by some of the most recognizable names in the city: Bolton’s Spicy Chicken and Fish, Cousin’s Maine Lobster, Kabob Bus, Yayo’s OMG, Deg Thai, Mac
Attack, Buns on the Run and Moosic City.

Judy Schachner is best known for her Skippyjon Jones series. She has illustrated many of her own stories, including the much-loved The Grannyman and its companion book, Bits & Pieces. She has also illustrated stories by others, including I Know an Old Lady Who Swallowed a Pie by Alison Jackson and How the Cat Swallowed Thunder by Lloyd Alexander. She will be presenting her latest work, Stretchy McHandsome.

Presents on Saturday, Oct. 13, 10-11 a.m. at NPL Conf Room 1A
Note: CSPAN BookTV will be airing live from Conf Room 1B for all sessions on Saturday and
Sunday.

ABOUT THE SOUTHERN FESTIVAL OF BOOKS
The Southern Festival of Books is presented by Humanities Tennessee, a nonprofit organization promoting humanities education across the state. The Festival is proudly sponsored by the Metro Nashville Arts Commission, National Endowment for the Arts, Tennessee Arts Commission, Dollar General Literacy Foundation, Nashville Public Library, Ingram Content Group, Memorial Foundation, Vanderbilt University, Parnassus Books and the Nashville Scene. More information about the festival can be found at www.humanitiestennessee.org/sfb. Join the festival on Facebook and follow along on Twitter and Instagram at @SoFestBooks.

ABA Applauds Major Report on Amazon’s Grip on the Economy

MTV, Pocket To Beef Up Books For Teen Girls