The Ink-Stained Wretch – Connecting With Your Reader Part II: Character

The Ink-Stained Wretch – Connecting With Your Reader Part II: Character

Last time we talked about sending a reader to an island, an undiscovered country, using point of view to give him new eyes to see with and a new place from which to look.  But point of view can take him just so far; having crossed that bridge, he now must walk the walk of another person: a person he has only now met.  Eyes see all things equally, but the heart and mind interprets what those eyes see, and thus does one man's murder become another man's justice. Perspective is also part of viewpoint, and we gain it through characterization.

Often in workshops we say "show don't tell", and as a general rule that is good advice.  But if I may be so bold as to change this a bit, I would say a better (or perhaps more exact) rule is "show us character; don't describe it".

I believe a reader is often willing to be told what it is she is looking at, but she will resist like the devil having anybody tell her how she feels about it.  This is where many beginning writers fall short.  They wonder how their readers can ever understand their character if they don't tell the reader something about him.  They make this mistake because in their enthusiasm for the task of writing they do not give sufficient consideration to the art of reading!

Let's go back to our islands.  When that reader sets off on his journey to our place, he brings a ton of baggage with him.  We are often so impressed with the quality of our own manufactured surroundings that we forget what every good hotel manager knows: your guest's baggage is more important than your own.  If you invite your (paying) guest to disagree with you, he will do so!  On the other hand if you leave the reader alone, if you recognize that he might well find his own reasons for enjoying his stay, you might just find him staying longer.  I don't want my concierge to tag along with me all over town; just give me a room and the occasional wake up call.  And don't waste my time telling me what you think I should see; I'll make up my own mind.

When we waste time explaining why our characters do something we run the risk of alienating the reader just as the fussy concierge annoys his guests.  Perhaps the reader disagrees with our perspective of that character's motivation.  Even psychologists can only theorize as to what makes a person act a certain way.  Why ask for trouble?  Consider it this way:

Two brothers grow up in an abusive environment.  One becomes a dope fiend.  The other becomes a social worker.  They had the same upbringing, the same education, the same opportunities.  So in this case what good would long, psychological flashbacks about their childhood do?  You simply wouldnít need to dwell on it because what is interesting about these two brothers is not that they come from an abusive environment, but that their reactions to the same stimuli are so different!

So.  Even in this limited example we see two very different characters, do we not?  And the nature of their character is defined, not by the stimulus of their environment, but by their reaction to that stimulus, agreed?  We can not say, for instance that brother-A has a bad character because of his abusive home life without admitting that brother-B, therefore, has a good character because of this same abusive home life.  Your reader, whose own home life was no walk in the park, disagrees with all of this (having grown up to be a cat burgling podiatrist).  Now, he's mad at you because you've misrepresented him in some way.  Yet, beginning writers do this all the time.  "He couldn't bear the memory of his dad and the vacuum cleaner so he rolled another reefer." Or.  "He vowed that his kids would never have to live with an abusive relationship like he did."  That all may be fascinating as hell, but if your story isn't about growing up in that household you have done nothing to establish character in your real story which is happening now!

Now means everything.  Ever come to a huge traffic jam, sit there cursing and muttering as you creep along only to find that everyone slowed to stare at the spectacular wrecks in a junkyard?  Of course not.  But let one guy dent another guy's fender a little bit, and you may sit  for hours as folks creep by staring.  Immediacy changes everything, including the observer's state of interest.  And that applies equally to fiction, including our example above. What's happening now is: one guy's a dope fiend, the other is a social worker.  Their characters grow out of their very different responses today to the stimulus of their present environment.

And so we come to the meat of it:

Characterization is best portrayed by a protagonist's  reaction to stimuli.

It's that simple.  He's a big man?  Who cares?  Does that make him brave? Noble? Independent?  Of course not.  Size might be a contributor to those and a thousand other qualities, but of itself it shows nothing.  None are proved brave without threat, noble without challenge, or independent without comparison.  There is nothing you can do as a writer to make your character three dimensional; your character and reader must do that for you.

Consider a western novel where all the characters are conventional western types, heroes after a classic western mode. Cookie cutter stuff, but they can also be three dimensional. How? By taking the time to show their reaction to a variety of stimuli.  Why have a meal scene in a western?  Because we learn something about the characters we didn't know before.  One is a clown, one broods, one is indulgent, etc.  Why show them at work?  Because we learn something we didn't know before.  One is a plodder, one is a visionary, one is whimsical, etc.  Why show them at a dance?  One is graceful, one lumbers, one is shy.  I could go on forever, but the point I'm making is when you write a book, take the time to show several things about your character in a variety of situations, even situations which do not, technically, advance the plot.  But do this only to show us something we didn't know before, not to pad.  This makes your character more real, and tightens the bonds of empathy between the character and your reader.

That empathy is paramount to the reader's enjoyment.  He becomes involved.  He does everything for you, the writer.  He closes all your doors, walks from houses to cars for you, starts automobiles, parks them, hell, he does more work than you deserve.  This leaves you free to portray your characters through stimulus and response while he does the busy work.

I have no doubt that it is always a greater sin to tell too much rather than too little in fiction.  This does not mean one must take a minimilistic approach eschewing all descriptive language in favor of fragmented bits of nano-English.  Indulge yourself.  Be as purple and prolix as you please, but confine (most of) your characterization to stimulus/response and your story folk will come alive!

Finally, please note that we are clearly talking about the protagonist.  Depending on the kind of story you are telling, you want to limit the number of three- dimensional characters in your fiction.  Two or three or four main characters should be multi-dimensional, but others need not be so vividly drawn.  Who is your story really about?  Decide this early on and spend the greater part of your efforts on these characters.  Portray them well, and your reader will think that everyone is as fully crafted.

Wait, you say.  You keep talking about stimulus but you never say what you mean by that.  Sorry.  Let me give you a better word: action. 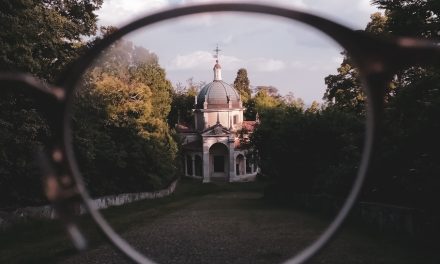 Developing a Fierce Eye For Focusing Your Manuscript

The Ink-Stained Wretch: One From Column A…