It was an ordinary weekend. The South Florida sun hung innocently in the sky. But where its virtuous rays rarely reached gathered a congregation intent on evil.

Inside the Fort Lauderdale Airport Hilton & Resort, a couple hundred aspiring assassins discussed the fine points of murder – and how to make it pay - at Sleuth Fest 2001.

Held on St. Patricks Day weekend, this was the seventh such gathering, sponsored by the Florida chapter of Mystery Writers of America. As always, it was led by infamous experts schooled in the dastardly science of suspense:

"Those who expect their sleuths to have a life selected sessions on sex, religion, culture and journalism."

— Jeremiah Healy, whose best-selling novels star Boston P.I. John Francis Cuddy, and Berkeley editor Martha Bushko discussed the importance of rewriting and editing. He also participated in panels on sex and the sleuth and short stories.

— Chapter president Elaine Viets led a session in the basics: writing a synopsis and query letters, as well as manuscript mechanics. She also joined Healy, Parker and Nancy J. Cohen on the sex and the sleuth panel.

— Karen Harper, known for her series starring Queen Elizabeth I, talked about taking a protagonist back in time. She was joined on the panel by Cynthia Thomason and Stuart Kaminsky, author of more than 40 books.

— Harlen Coben, an Edgar, Shamus and Anthony awards winner and author of the Myron Bolitar novels, told his as-yet unpublished colleagues about writing the book, from beginning to end. As keynote speaker at a luncheon on St. Patricks Day, he elicited gales of near-lethal laughter with his humorous writing tips.

— Carolina Garcia-Aguilera, whose Lupe Solano series is a South Florida favorite, was joined by new author Bob Truluck and Steve Glassman to discuss the importance of the Sunshine State as a deadly locale.

But what good is murder  or a cunningly crafted super-sleuth  if all remains anonymous? Sessions on e-publishing and self-publishing attempted to set that situation aright. Participants interested in the business end also got a clue about small presses, electronic rights, contract negotiation and self-promotion. Those who expect their sleuths to have a life selected sessions on sex, religion, culture and journalism.

And because the devil is in the details, the conference offered an arresting look behind the scenes of criminal detection and prosecution: attorney Joe Forbes on the federal court system; Lori Barrist on the trials of a South Florida public defender; and psychologist Michael Rappaport on the mind of a killer, among others.

A big part of every Sleuth Fest is the chance for participants to speak one-on-one with agents and editors who might be interested enough to represent or publish their work. Unpublished hopefuls also bid $100, $200  even $300  at an auction for a chance to have the likes of Parker, Viets and colleagues take a red pencil to their work-in-progress.

And finally, because murder can be tiring and a literary killer needs a chance kick back, Garcia-Aguilera hosted an authors party at her Miami Beach home.

In the end, all the evidence pointed to a successful conference. 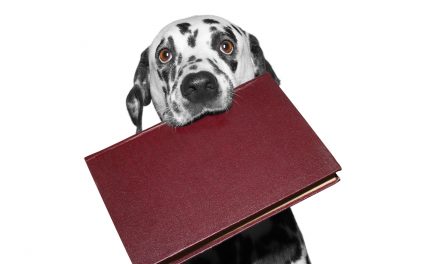 How Do I Test a Book Title for My First Book?

The Lasting Power of The War of the Roses

Why a Story Question is Essential in Memoir Writing