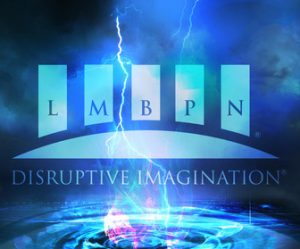 The agreement is a strategic expansion of LMBPN®’s book publishing presence into visual media, and it involves the representation of one of LMBPN®’s leading series, Birth of Heavy Metal. This series has eight books to date.  The first titles in the series include, HE WAS NOT PREPARED, SHE IS HIS WITNESS, and BACKSTABBING LITTLE ASSETS and is authored by Nebula* and Dragon Award* finalist and Amazon* Best Selling author Michael Anderle.

Michael Anderle, President of LMBPN®, said, “Through this pitch agreement, LMBPN® has initiated its first step towards a global presence in the visual media and arts market. This expanded reach into a new art form is a major component of our global strategy to continue developing and innovating content that will bring entertainment to our global fan base.”

Remo Pini, award-winning movie director, producer, and founder of Gray Eminence Productions adds, “The Birth of Heavy Metal is one of LMBPN®’s most exciting series. By leading the visual media pitch efforts, we are pleased that LMBPN® has chosen to partner with us. We hope to secure a media deal that will ensure that Birth of Heavy Metal comes to viewers soon.”

About LMBPN® Publishing
Founded in 2015, LMBPN® has rapidly become an industry leader in the digital sci-fi and urban fantasy genres. The company has gained a loyal global fan base that consistently propels LMBPN’s books into Amazon.com*, Inc. top ranks and has made founding author Michael Anderle a #1 ranked sci-fi author. LMBPN®’s digital catalog presently includes over five hundred titles, many of them in the top 1,000 on Amazon.com*, and over a hundred and eighty titles on Audible.com*. Combined, all the current series in the company’s portfolio have sold over 4,000,000 books.

*Brands are property of their respective owners.