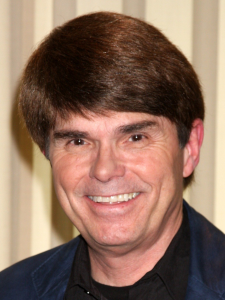 The international best-selling thriller icon will publish the first of five books, Devoted, with Thomas & Mercer next spring, but readers won’t have to wait that long for their next read from Dean Koontz—his short thriller collection, Nameless, launches free for Prime and Kindle Unlimited customers from Amazon Original Stories in November.

SEATTLE –(BUSINESS WIRE)–Jul. 22, 2019–  Amazon Publishing  (NASDAQ: AMZN) today announced it has signed international best-selling author  Dean Koontz  for a five-book deal and a collection of six short thrillers. Thomas & Mercer will publish the first book, Devoted, next spring, and Nameless, the short thriller collection, will be available from Amazon Original Stories for free to Prime and Kindle Unlimited customers on  November 12 th.

“For many years, I have enjoyed a wonderful relationship with  Brilliance Audio , an  Amazon  company, and later with Amazon Original Stories,” says  Dean Koontz . “Although there were numerous options for the future, it was most natural to sign with the team at  Amazon Publishing , which presented a marketing and publicity plan smarter and more ambitious than anything I’d ever seen before. This new arrangement is so exciting, I’ve been creatively rejuvenated. The times are changing, and it’s invigorating to be where change is understood and embraced.”

“We are honored Dean has chosen  Amazon Publishing  to bring his newest work to readers,” says  Mikyla Bruder , Publisher of  Amazon Publishing . “Building on the success of Dean’s Amazon Charts best-selling short story, Ricochet Joe, our first publication together, we’re excited to expand our relationship with five new books from Thomas & Mercer and an episodic collection of short thrillers from Amazon Original Stories, delivering the kind of exhilarating and deeply resonant suspense his millions of fans expect and we know new readers will love.”

“Even when an author’s books have sold over 500 million copies, there are new horizons to explore and readers who haven’t yet discovered his work,” say  Richard Pine  and  Kimberly Witherspoon  of InkWell Management. “Dean is at the peak of his storytelling powers and  Amazon  has committed to a highly ambitious and creative publishing plan that’s certain to delight his existing fans and create millions of new ones.”

The first book in the deal, Devoted, introduces  Megan Bookman , an artist and widow whose every adversity has made her stronger, a golden retriever named Kipp—one of a community of self-aware, strangely gifted dogs living secretly among us—and Megan’s son Woody, a brilliant but unspeaking autistic boy who seeks vengeance against his father’s killers. In this epic thriller, Kipp, Woody, Megan, and their extended family confront a terrifying threat to all humanity. Devoted is planned for publication in spring 2020. Readers can follow Koontz on  Amazon.com  to receive new release updates.

Koontz’s Nameless collection features six short thrillers following a mysterious amnesiac vigilante called Nameless, who travels from town to town, dispensing justice when the law fails. Directed by a shadowy, powerful organization and driven by splintered visions of the past and future, he’s headed toward the ultimate confrontation—with his own past. Readers and listeners can download the collection as a Kindle eBook or as an Audible audiobook on  November 12 th.

When he was a senior in college, Koontz won an Atlantic Monthly fiction competition and has been writing ever since. His books are published in 38 languages and he has sold over 500 million copies to date. Fourteen of his novels have risen to number one on the  New York Times  hardcover best-seller list, making him one of only a dozen writers ever to have achieved that milestone. Sixteen of his books have risen to the number one position in paperback. His books have also been major best-sellers in countries as diverse as  Japan  and  Sweden .

Amazon Publishing  is a leading trade publisher of fiction, nonfiction, and children’s books with a mission to empower outstanding storytellers and connect them with readers worldwide.  The Amazon Publishing  teams based in  Seattle ,  New York , Grand Haven,  Luxembourg ,  London ,  Madrid ,  Milan , and  Munich  publish emerging, best-selling and critically-acclaimed authors in digital, print, and audio formats. For more information, visit www.apub.com.