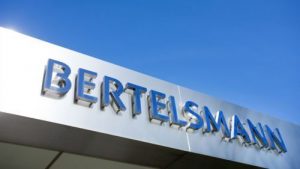 Bertelsmann has made a successful start to its current financial year: The international media, services and education company recorded improved organic growth and a significant increase in revenues in the first quarter of 2019. This positive development has been driven by the Group’s digital and high-growth businesses.

Bertelsmann Chairman & CEO Thomas Rabe said: “The start of this year was very promising. Bertelsmann looks back on one of its best first quarters in recent years. The strategic expansion of our high-growth businesses in recent years is increasingly bearing fruit. In the first few months of 2019, we once again made considerable progress in implementing our strategy. One focus was stepping up the establishment of collaborations, such as the Bertelsmann Content Alliance in Germany. We will continue to invest in our businesses’ creativity and entrepreneurship over the course of the year and are confident of achieving our targets for the full year.”

Bertelsmann has made a number of strategic advances in recent months:

RTL Group increased its digital revenues by 15.8 percent in the first quarter, to €220 million (prior-year quarter: €190 million). The number of paying subscribers to the video-on-demand platforms in Germany and the Netherlands rose by 59 percent year-on-year, to 1.15 million. The successes of its production arm Fremantle include the second season of the series “American Gods” and the talent show “America’s Got Talent: The Champions.”

BMG expanded its presence in Asia with the opening of an office in Hong Kong. In April, both Richard Marx and the band Seeed signed contracts with BMG.
In January, Arvato completed the combination of its global customer relationship management (CRM) businesses with those of Morocco’s Saham Group to form a new company, Majorel. Arvato SCM Solutions opened another logistics center in Hong Kong. The logistics provider to the book industry VVA is investing in modernizing and expanding its Gütersloh site.

The Bertelsmann Printing Group renewed several print contracts. In April, Bertelsmann realigned the structure and staff of its global printing business, among other initiatives, by intensifying collaboration between the individual printing companies in Germany. In April, Sonopress expanded its collaboration with the Warner Music Group and took over its CD production for the U.S. market.

The e-learning provider Relias, the Bertelsmann Education Group subsidiary that generates the highest revenues, once again recorded double-digit growth in the first quarter of 2019. The corporate training platform Udacity launched a new nanodegree program in the field of Data Engineering. Bertelsmann also announced that in the next three years it would award around 50,000 Udacity scholarships worldwide in the fields of Cloud, Data and Artificial Intelligence (AI) to help counter the shortage of digital specialists.

Through its four funds pooled in the Bertelsmann Investments division, Bertelsmann expanded its international network to 194 holdings in young companies as of March 31, 2019. Since 2006, Bertelsmann has invested around one billion euros this way, of which more than €600 million have already been returned during the period.

Bernd Hirsch, Bertelsmann’s Chief Financial Officer, said: “We have had a very successful first quarter. We continue to expect higher revenues and continued high operating profitability for the full year. Our Group profit should exceed the billion-euro mark again.”

Bertelsmann is a media, services and education company that operates in about 50 countries around the world. It includes the broadcaster RTL Group, the trade book publisher Penguin Random House, the magazine publisher Gruner + Jahr, the music company BMG, the service provider Arvato, the Bertelsmann Printing Group, the Bertelsmann Education Group and Bertelsmann Investments, an international network of funds. The company has 117,000 employees and generated revenues of €17.7 billion in the 2018 financial year. Bertelsmann stands for creativity and entrepreneurship. This combination promotes first-class media content and innovative service solutions that inspire customers around the world.