Barnes & Noble, Inc. (NYSE: BKS), the nation’s largest retail bookseller and the leading retailer of content, digital media and educational products, today announced that Evie Wyld’s novel, All the Birds, Singing (Vintage Books/Pantheon), an evocative and beautifully written novel about a young woman isolated by geography and her secretive past, and Bryce Andrews’memoir, Badluck Way: A Year on the Ragged Edge of the West (Atria Books), in which a modern-day Montana cattle hand movingly describes how it really feels to live in the borderlands between wilderness and civilization, have been named the winners of the 2014 Discover Awards for fiction and nonfiction, respectively.  Each writer was awarded a cash prize of $10,000 and a full year of marketing and merchandising support from the bookseller.

Second-place winners are Molly Antopol’s The UnAmericans (W.W. Norton & Co.) for fiction, a collection of breathtaking short stories about dissidents, activists and ordinary people caught in uncertain times, and Caitlin Doughty’s Smoke Gets in Your Eyes: And Other Lessons from the Crematory (W.W. Norton & Co.) for nonfiction, in which a young licensed mortician demystifies the topic that none of us can avoid with humor and compassion. Each writer was awarded a $5,000 cash prize.

Third place was awarded to Arna Bontemps Hemenway for Elegy on Kinderklavier (Sarabande Books) for fiction, razor-sharp short stories suffused with tragedy that explore the effects of battlefields, military or civilian, on humanity, and Untamed: The Wildest Woman in America and the Fight for Cumberland Island (Grove/Atlantic) by Will Harlan for nonfiction, as much a study of a changing community and all its inhabitants – human and animal – as it is a biography of a fearless, self-taught scientist. Each writer received a $2,500 cash prize.

The awards were presented this afternoon at a private ceremony in New York City.

Books by the finalists and judges can be purchased at any Barnes & Noble store nationwide, online at Barnes & Noble.com (www.bn.com) or instantly downloaded on any NOOK® reader or tablet.

Two panels of distinguished literary judges selected the winners.  Serving as this year’s fiction judges are:

Chris Adrian, named one of the New Yorker’s “20 Under 40” and author of five acclaimed books, among them The Children’s Hospital,  A Better Angel (a New York Times Notable Book), and The New World(forthcoming).

Anne Cherian, born and raised in Jamshedpur, India. She is the author of two novels, A Good Indian Wife, a Discover Great New Writers selection and winner of the 2009 South Asian Excellence Literature Award, and The Invitation.

Sheri Holman, author of five novels, including the national bestseller and Discover Great New Writers selection The Dress Lodger, The Mammoth Cheese and Witches on the Road Tonight. She is a founding member of The Moth, and her stories have been featured on its popular podcast and Radio Hour.

Malcolm Jones, author of the memoir, Little Boy Blues, a Discover Great New Writers selection. Jones collaborated with the songwriter and composer Van Dyke Parks and the illustrator Barry Moser on Jump!,a retelling of Brer Rabbit stories. A longtime writer for Newsweek, he is now the book editor of The Daily Beast.

Pagan Kennedy, a former columnist for the New York Times Magazine, is at work on her 11th book, about the science of invention (forthcoming). She is a recipient of numerous literary awards, including an NEA fellowship, and was a Knight Science Journalism Fellow at M.I.T.

Héctor Tobar, a Pulitzer Prize-winning journalist and novelist, is the author of Deep Down Dark: The Untold Stories of 33 Men Buried in a Chilean Mine, and the Miracle That Set Them Free, The Barbarian Nurseries (a Discover Great New Writers selection), Translation Nation, and The Tattooed Soldier.

Previous Winners of the Discover Awards

Previous winners of the annual Discover Awards  include Anthony Marra for A Constellation of Vital Phenomena and Justin St. Germain for Son of a Gun (both in 2013), Cheryl Strayed for Wild and Amanda Coplin for The Orchardist (both in 2012), David Sheff for Beautiful Boy (2008), Joshua Ferris for Then We Came to the End (2007), Ben Fountain for Brief Encounters with Che Guevara (2006), Uzodinma Iweala for Beasts of No Nation (2005), Alison Smith for Name All the Animals (2004), Monica Ali for Brick Lane(2003), Dina Temple-Raston for A Death in Texas (2002), Hampton Sides for Ghost Soldiers (2001), Elizabeth McCracken for The Giant’s House (1996), and Chang-rae Lee for Native Speaker (1995).

Additional information about the 2014 Discover Award winners and judges can be found atwww.bn.com/discover.

The Discover Great New Writers program (www.bn.com/discover), which celebrates its 25th anniversary this year, was established in 1990 to highlight works of exceptional literary quality that our booksellers believe readers won’t want to miss. Titles are handpicked for their indelible narrative voices, powerful storytelling and gorgeous prose. Many of the writers previously selected for the program have gone on to become household names.

About Barnes & Noble, Inc.
Barnes & Noble, Inc. (NYSE: BKS) is a Fortune 500 company and the leading retailer of content, digital media and educational products. The Company operates 649 Barnes & Noble bookstores in 50 states, and one of the Web’s largest e-commerce sites, BN.com (www.bn.com). Its NOOK digital business offers award-winning NOOK® products and an expansive collection of digital reading and entertainment content through the NOOK Store® (www.nook.com), while Barnes & Noble College Booksellers, LLC operates 714 bookstores serving over five million students and faculty members at colleges and universities across the United States.

General information on Barnes & Noble, Inc. can be obtained by visiting the Company’s corporate website: www.barnesandnobleinc.com. 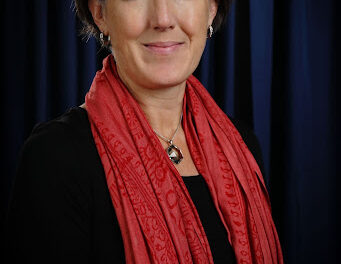