Getting in Touch With the Source of Creativity – Deepak Chopra

An Exclusive Authorlink Interview with DEEPAK CHOPRA
On his latest books, The Book of Secrets and Peace Is the Way

Dr. Deepak Chopra is one of the world's best-selling spiritual authors and founder of the Chopra Center in Carlsbad, California. He has written more than 40 books.

His early beginnings as an author were not easy. Dr. Chopra self-published his first book, Creating Health, and sold it from the trunk of his car until an agent discovered him through a friend. His latest books are The Book of Secrets and Peace Is the Way. Noble Peace Laureate Desmond Tutu describes Chopra's work as the practiced tools to help us know in our hearts that each one of us matters and is important to the other.

Authorlink spoke with Dr. Chopra about the writer's role as a peacemaker in today's world, and discussed the importance of getting in touch with one's own inner creativity. Among the many books we see at Authorlink.com, we highly recommend Chopra's work. For writers, we especially admire The Book of Secrets, rich with transforming insights and wisdom.

AUTHORLINK: You have an extraordinary vision of peace for the whole world. In your new book, Peace Is the Way, you call upon every individual to take a stand against death and violence. Since writers often have a broader sphere of creative and public influence, what special obligation do we have to become instruments of peace?

"Being a creator is more important than the whole world. In fact, it is the world."

CHOPRA: Anyone who reaches out to a lot of peoplewriters, movie makers, media people, people in the entertainment business, and educational institutionshas a special obligation to work together with others if we want to reach a critical mass for peace. The critical mass is a function of all of these various networks coming together to make peace more appealing than violence and war.

AUTHORLINK: Why is being a creator so important? And how can we as writers unleash these powers in ourselves?

". . . there is infinite intelligence at work in the hidden

dimension of your life."

AUTHORLINK: We are all creative, in your view. But surely some of us are more creative than others. How can we tell if we are to take a creative path or notthat is, the path to write, or paint, or sing, or play music?

CHOPRA: We can become aware of our creative energies by taking more risks. You can go beyond risks by knowing there is infinite intelligence at work in the hidden dimension of your life.

". . . obstacles in life are reflections of a decision to shut out understanding. . . . These forces aren't blind fate or misfortune; they are holes in your awareness, the places where you haven't

been able to look."

AUTHORLINK: Many writers have trouble letting their creativity flow. What can they do to release their energies?

CHOPRA: Obstacles are reflections of a decision to shut out understanding. They are holes in our awareness, places where we haven't been able to look. By choosing to repeat the past, you are keeping life from renewing itself. In The Book of Secrets, I talk of learning to die to every moment so that you can keep creating yourself.

AUTHORLINK: On the wider issue of peace versus war, where are the holes in our awareness?

CHOPRA: There are holes in a lot of things. Most people do not recognize that the global arms trade is based on the fundamental premise that war is good for profit; war is good business. We have to face the fact that the U.S. is the largest trader of weapons in the world, among the five United Nations countries, together with Britain, France, Russia, and China. We are the five countries charged with the security of the world. The United Nations itself is a co-conspirator in a complicated hierarchy involving nationalism, patriotism, politics, multinational corporate interests, and other factors that unwittingly, and sometimes wittingly, allow these entities to become participants in the creation of violence. We are killed by the weapons we sell. Most people do not realize this. We have created a myth of security. The more weapons we have, the more armies we have, the more secure we will be. If we could divert a fraction of energy and resources away from weapons and security measures and spend our efforts on understanding people, our world would be a different place.

"Imagination is also a quality

of your spirit. The more connected you are with the spirit, the more imaginative you are."

AUTHORLINK: You believe that an ideal life is one in which we harmoniously live on all levels of consciousness (or domains). These include pure being, knowingness, intuition, imagination, and the physical world. Let's talk about the domain of imagination: What happens when this door is open? And can we writers nudge open the portal ourselves?

AUTHORLINK: None at all? That's surprising.

CHOPRA: No. What will come will come.

AUTHORLINK: So many writers procrastinate. You have said that the misuse of time is only a symptom for misplaced attention. How can we stop misusing time?

CHOPRA: Every day after I exercise, I sit down with a blank sheet of paper and see what happens. I don't have any plans. I just do it. Then I look at it and say, "Wow!"

AUTHORLINK: If our job as writers is to influence others toward peace, how do we deal with all the other I AMs? They may not be in the same stage of consciousness as we are.

CHOPRA: We can never worry about that. It is hard enough to change one's self; why worry about other people? The only way other people will change for you is if they feel good in your company.

and imagination. These qualities

AUTHORLINK: In your most recent book, Peace Is the Way, you say we must bring to an end the idea of war itself. You say that war is like a cancer; it will only get worse if we don't treat it. Why do we as a society allow war in the first place?

AUTHORLINK: Do we really have a choice between war and peace? You have said that if enough people raise their consciousness, the world will change; that we bring about fear and greed, or peace, by our own consciousness.

CHOPRA: We have a choice. We all have the impulse for violence inside us. But the stronger impulses are love, compassion, understanding, and imagination. These qualities of the human spirit are much more powerful if you pay attention to them.

for a creative endeavor before

you meditate. Then the silent field organizes the outcome

AUTHORLINK: To treat our suffering world, you propose a new world order, based not on fear and greed but on peace consciousness. Among your seven building blocks are thought and belief and vision. As writers, what can we do to join your peace brigade?

CHOPRA: Personally, I think it is good to still your mind through meditation. Introduce the intention for a creative endeavor before you meditate. Then the silent field organizes the outcome of your intention.

AUTHORLINK: You have said that when hope serves as a means to reach deeper into yourself than anyone could predict, or than anyone believes possible, it is a spiritual force. What is the difference between passive hope and active hope?

CHOPRA: Active hope is combined with an action plan; passive hope is just waiting for miracle. You must participate in the hope. Miracles are co-creations of God. They are meaningful coincidences.

AUTHORLINK: You have said that war begins in each human heartand can only end there. Can we really end war one person at a time, through some sort of individual transformation?

CHOPRA: I believe in the idea of critical mass, what we call the tipping point. If we reach that critical mass in the media, technology, medicine, business, then we can make all the difference in our world. We can come face to face with the conscious decisions we make, and turn our choices away from evil. The path to peace begins here, within each of us.

For more about Deepak Chopra and his peace practices, visit his web site: www.peacepractices.org.

"When you see how far-reaching awareness really is, you begin

to grasp that nothing is left out. Understanding changes

the whole picture of reality."

EDITOR'S NOTE: In his acknowledgments for both The Book of Secrets and Peace Is the Way, Dr. Deepak Chopra thanks his skillful editor Peter Guzzardi for being both his critic and one of his best friends. His publisher is Shaye Areheart, Harmony Books/Random House.

Don Silver, Author of Backward-Facing Man Shaped by His Time

THE PLAYS THE THING: Part 2 By Dale Griffiths Stamos 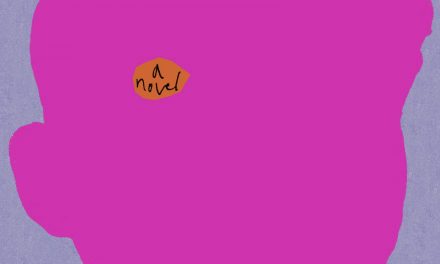 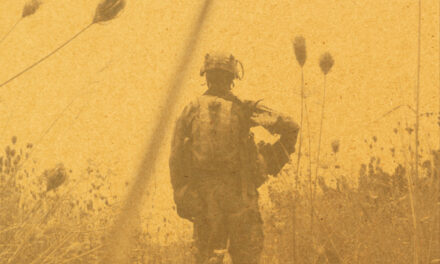