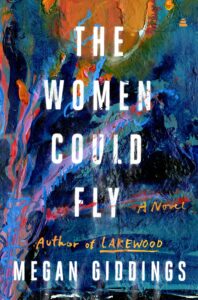 The Women Could Fly

Josephine’s mother disappeared when she was 14. No one knew what happened, but the conjectures ranged from suspicions that she was murdered to that she was a witch. Either way, a cloud hung over Jo all her teen years and into her twenties. If the mother was a witch, society carried high expectations that Jo would be one, too. And witches could be burned at the stake. When she was 28, she and her father finally declared her mother dead. This brought an abrupt change to Jo’s life as she sought to honor the last request recorded in her mother’s will.

AUTHORLINK: What was your first thought about this story?  Did something specific in contemporary life trigger it? How did it develop from there?

GIDDINGS: I knew I wanted to write about witches, and I thought at first it was kind of this relatively simple desire to write about magic and be really playful in my writing. But I realized pretty quickly that I was interested in writing about power, about gender, and how people do and do not conform, and that led me toward The Women Could Fly.

AUTHORLINK: Did you outline or otherwise plan the story ahead of writing, or did it mostly unfold as you wrote?

GIDDINGS: I’ve never been much of an outliner. I’m more of a writer who reverse-engineers her novel. I write a draft, I take notes while I’m writing, and try to figure out in drafts the correct order of events. I think one of my issues with outlining is I just have weird hang-ups about plans. I get more anxious or hung up sometimes on how things are supposed to go when I have a plan, but am far more relaxed if I don’t have a plan and feel like I can figure out an order after I’ve done a draft.

AUTHOR LINK: It seems more dystopian novels are set sometime in the future, even if only a little. Your contemporary references make yours seem as if it is now. Did you intend that and what led to that decision?

GIDDINGS: I did intend that. I was hoping that contemporary references mixed in with a world that is clearly a little different would still give a reader some space to make their own conclusions, but not feel completely at ease. I wanted readers to think really deeply about the laws and rules and societal ideas that they might implicitly understand and have a space to push at them a little. This doesn’t mean that they have to think everything about the world we live in is wrong, but we should be thinking really deeply about the ways we live and treat others.

AUTHORLINK: In your story, the fear of witchcraft drives society to attempt to restrict women and keep them under the control of men. But in our real world, even when witchcraft isn’t perceived as part of reality, does it seem as if some segments of society still fear women?

GIDDINGS: I always caveat this by saying that I’m talking about the United States, that it’s the only place I’ve ever lived, and probably the only place I’ll ever come close to mildly understanding. This is all to say, I’m very torn between the idea of our society fearing women, that our society fears for women and takes a very misguided approach toward benevolence, and that our society in its most egregious cases (I’ve spent the last few weeks paying attention to Indiana’s abortion ban coverage and can’t stop thinking about the state senator who pointedly and theatrically played Solitaire while a woman testified about her abortion experience) actively works to not see women as people. It’s probably as always, even more, complicated than I’ve said here, but women are almost never neutral.

AUTHORLINK: Often when I’m reading a novel and I have only a few pages left, I wonder how the author can possibly tie it all up in such a short time. Can you discuss how in the process of writing, you knew when to tie it up and were able to do that (without, of course, revealing your ending)?

“…I wanted the ending in many ways to be a distortion of some of the beginning aspects.”

GIDDINGS: I knew that I wanted the ending in many ways to be a distortion of some of the beginning aspects. That I wanted to show exactly the best of the world I had built and the worst of it. But it was still a very hard process, I kept wanting to write more and more. There are big stylistic shifts throughout the novel and for a long time, I was thinking about completely taking them out, but instead when it was close to the final draft, I leaned completely into them.

AUTHORLINK: How was writing and selling your second novel different from your first?

GIDDINGS: It was a completely different experience. I had a much harder time with everything with Lakewood. It took more drafts, it took more years, and I was learning everything while going. With The Women Could Fly, I had much more confidence while writing because even though it was still very hard to write and took years–I began writing it in 2018–I knew I could write a novel and annoyingly, I knew that I loved writing novels. It’s only annoying because writing novels is inherently hard and tedious and anyone who writes one, published or not, has achieved something. Saying something for hundreds of pages is wild.

GIDDINGS: I’m working on another novel and something that I’m not sure yet what it is–could be another novel or novella or maybe just an unruly short story. I’m thinking a lot about what it means to be alive, especially if maybe you know what comes next.

About the author: Megan Giddings’ first novel, Lakewood, was one of New York Magazine’s top ten books of 2020. It was also an NPR Best Book of 2020 and a Michigan Notable book for 2021. It was a finalist for two NAACP Image Awards and for the L.A. Times Book Prize in the category of Ray Bradbury Science Fiction, Fantasy and Speculative. She is an assistant professor at the University of Minnesota. The Women Could Fly is her second novel. 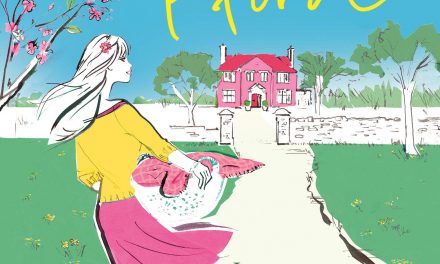