In the second of a series of interviews with publishers and executive editors, we look at the changing mood of the reading public and how publishers are shifting their strategies to meet market demands. Watch for more interviews coming in March.

Michael Seidman is a veteran New York editor who oversaw Walker & Company's crime line for more than a decade until January 2002 when Walker closed the line. Michael continues to serve as an editorial consultant for the Company.

"As for Walker & Company, generally, there are no changes planned for the remaining lists . . ."

AUTHORLINK: Looking beyond the Sept. 11 attack on America, what important strategic editorial changes will your division or imprint make in the near future (i.e., editorial themes or categories, length of acquired works, format changes)?

Well, we weren't planning any changes. OK, I wasn't. But the crime fiction list on which I'd been working for the last 10 1/2 years was cancelled in January, 2002. This was not a result, particularly, of the 9.11 events but of a general profit versus expense scenario.

I can say that I wasn't looking at any changes, editorially. My interests as an editor remained the same as they've always been. As for Walker & Company, generally, there are no changes planned for the remaining lists: Books for Young Readers and general, adult non-fiction.

AUTHORLINK: Do you feel the overall health of the industry in 2002 will be stronger, weaker, about the same? Why?

I've worried about the health of the industry for years; I'm still not convinced that the mergers and the mega-sizing of the remaining houses holds anything positive; it simply places performance demands on the acquired companies to repay for their acquisition. Given the general economic downturn we're experiencing, I don't think people will think of buying books first with whatever disposable income remains to them. That doesn't mean I think things will get worse; just that they won't get markedly better any time soon.

". . . I saw lots of people running around talking about how it was the future. I just don't think the future is here yet."

AUTHORLINK: What changes have you seen in online book sales or the sale of eBooks. What sort of strategic changes has your company made or will it make with respect to eBooks? And why?

Walker, like every other company, does have access to an eBook program, and we do sometimes let books appear in that format, generally a week or two before publication, as a publicity device. It isn't a major part of our program, however. As for what I've seen, well: I saw lots of people running around talking about how it was the future. I just don't think the future is here yet.

"I don't believe in 'reactive' publishing."

AUTHORLINK: Are certain categories of books doing better than others since Sept. 11? If so, which categories? For example, has nonfiction taken precedent over fiction in recent months? If so, do you see this as a long-term or a short-term trend? Are you seeing an increase in demand for more stories of hope or heroism?

I haven't seen much in the way of a change in demand; of course, the crime fiction field is about hope and heroism so I can't see a change coming there. Even if I did see it, I wouldn't change; by the time we got the books in, got them produced, got them into the marketplace, everything will change again. I don't believe in 'reactive' publishing.

"Any change in mood and taste is the same as the overall change. . .

AUTHORLINK: In what way have personal tastes and the moods of readers changed since 9/11? Within the past five years?

I really have no idea; I read lots of articles, but don't put any faith in them; I think a lot of people, when questioned, give the answer they think is expected. Any change in mood and taste is the same as the overall change; the people around us are also the readers around us.

"I still opt for a book that makes a difference to me as a reader, on some level."

AUTHORLINK: What lines or imprints are you expanding and why? Which ones are you limiting?

AUTHORLINK: In todays tough, competitive market what does it take to break out a new author? Fiction/nonfiction?

A better book and a lot of luck. Advertising, promotion, all that stuff can only put the name out there. But if there's no word of mouth, if there aren't enough reviews, it ain't gonna make no never mind no how. I still opt for a book that makes a difference to me as a reader, on some level. If it does that, fine: I'll buy it. If I can't see anything in the book to make it in any way different from the book next to it on the shelf, I don't waste my time or energy. That's as a reader and as an editor.

"The only way to sell books more cheaply is to get rid of the discount Structure."

AUTHORLINK: Pricing books for a recession-minded public is a key issue these days. Are you looking for books that can be sold at a lower price point? Is your company making any moves to lower or restructure the pricing of its products?

Not that I'm aware of. The only way to sell books more cheaply is to get rid of the discount structure, which the retail side won't stand for, or to produce them more cheaply. I'm fortunate in that I've worked with people who think books are supposed to last, not deteriorate. I figure a book gives the best ratio of value for dollar spent of any entertainment we have, other than TV and radio.

AUTHORLINK: Are shorter works more appealing to readers today? If so, why? Are they more profitable for your company?

Shorter works are appealing only in that they're less expensive to produce, but that's not going to have an enormous effect on the price point, at least not in my experience. As to whether they're more appealing to readers, every indication I've seen is yes and no. Doorstops still sell very well. On the other hand, I've heard from lots of readers who say they want quicker reads because they just don't have the time to devote to longer (and often more complex) works. I don't have any time to devote to readers like that.

"Trade paperback is my favorite format"

AUTHORLINK: Has there been any shift in the popularity of one book format or another, i.e., hardcover versus mass market, versus trade paperback?

Trade paperback is my favorite format: as comfortable to read as a hardcover, but without the weight. I hear woman complain about them because they don't fit in their purse or the bag they're carrying, which means for them, mass market is the format of choice. In general, though, I don't know if there's been a shift, but I figure PW will publish their annual look at the numbers for 2001 pretty soon and we'll know then. Not that it will make any difference: a hardcover house will continue doing hardcovers, mass market houses will continue . . .

"I don't think I see any substantive changes, just lots of cosmetic ones that will probably only last a short while."

AUTHORLINK: Are any staff additions or reductions planned in your unit in 2002?

Well, as I've said, my unit will have a 100% reduction in the next couple of months. I don't know what the rest of the company will be doing.

AUTHORLINK: What is your personal vision of book publishing within the next two, five and ten years?

I don't think I see any substantive changes, just lots of cosmetic ones that will probably only last a short while. That's the way it's been as long as I've been in the business. I know what I want to see, but that's another story. And a pipe dream.

AUTHORLINK: What do you believe to be the most positive development for publishing within the past year or 18 months?

The fact that not all the editors I know have been downsized, laid off, fired, or otherwise made redundant. I don't think that as an industry we've gotten any smarter. I think we publish far too much garbage because it will sell, I think we still do far too many 'star' books with nothing on the page but blather. But it's all about the money, isn't it? The authors want it in advances, the publishers want it in profits, the retailers want it . . . It would be nice if somewhere in that melange there was someone who wanted to devote more time to quality, who wanted to publish up the intellectual ladder, rather than down it. Which may, of course, be why I'm without a job. They say that when the gods want to punish us, they say yes to our prayers . . . 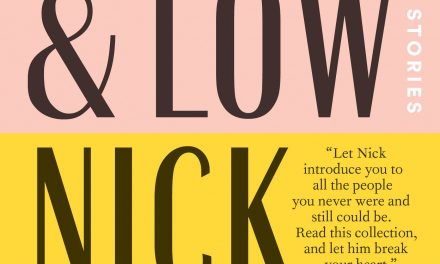