A Woman is No Man: Three Generations of Women React 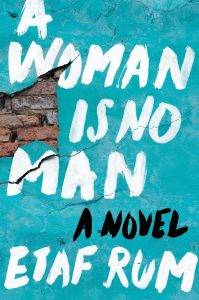 A Woman Is No Man

Three generations of women in a Palestinian family deal with a culture that considers girl babies a curse and boys a blessing, that teaches that women are inferior to men. Transplanted to America from a Palestinian refugee camp, Fareeda desperately tries to hold onto their culture, which includes quashing son Adam’s immigrant bride’s desire for freedom. Isra retreats into books to escape the bondage, while her daughter, Deya, as she comes of marriageable age, seeks freedom through knowledge of family secrets.

AUTHORLINK: Did you live in an immigrant Palestinian community similar to the one you describe in your book?

“…in my specific upbringing I have witnessed a lot of injustices.”

RUM: I lived in Brooklyn New York. I was born and raised there so the setting in the novel is very close to the setting that I actually grew up in myself.

I do want to note that in my specific upbringing I have witnessed a lot of injustices. The specific community that I grew up in is not at all representative of all Palestinian communities. I grew up very sheltered and went to a private school just like Deya. Men had the freedom to go and come as they please and women did not. Women were encouraged to marry as soon as possible so the burden of raising them could be transferred to the husband. I married when I was nineteen, pretty much following the traditions that were set forth in my community that were the extent of a woman’s role. That was very limited compared to a man’s role. The double standards were outrageous. That had a large part in why I chose to talk about the very dark elements in my culture as opposed to writing about other parts of my culture.  I saw so many of them in my specific experience.  That influenced what I wanted to talk about when I had the chance to talk about them.

AUTHORLINK: So, you didn’t have to do much research for the book?

RUM: No, I did not. I just based my story on stories of women that I had seen myself or heard of throughout my upbringing

AUTHORLINK: What was the first aspect of your story that came to you?

RUM: The first aspect of my story that came to me was of a person in midlife affected by these traumas that they’ve seen growing up whether it’s domestic abuse or being raised on the idea that a woman is inferior to a man. That was the first thing that came to me. After that thought and the experiences, I really wanted to write more about these women and what they went through and more about this idea of inequality in a culture and the consequences of that inequality.

AUTHORLINK: How did you develop the story from that idea?

RUM: I really wanted to focus on all of the characters in this culture, both the male and female characters, as well as the different generations There are three different women in the story and their voices come from three different generations, their lines of thinking, and I thought that it was very important to develop their reasoning on why they do the things that they do along with perhaps the history that is influencing their character. The traits that they bring from their country back home, and perhaps the trauma that is affecting their future behavior.

“The mother-daughter bond is something that is very personal…”

AUTHORLINK: How did you decide to jump back and forth in time by alternating chapters between Isra in the 1990s and Deya in 2008?

RUM: The mother-daughter bond is something that is very personal, and I wanted to show the ways in which mothers pass down things they learned in the past to the future generation. I thought what better example to show these struggles than with a mother and a daughter. Of course, there had to be time for the daughter to be old enough to grapple with the very same issues that her mother grappled with so there had to be that time shift. To me, that was very instinctual. It happened from the very beginning. I couldn’t think of any other way for it to be.

AUTHORLINK: What was the importance of including Fareeda as a point of view character? Did you always plan to get into her head after about a third of the book belonged only to Isra and Deya?

RUM: The story was just initially from the perspective of the mother and the daughter. I had Fareeda developed and she was very easy to write. I felt it was important to show her generational struggles and how her struggles from the refugee camp in Palestine and from her upbringing influenced the traditions she carried on in her own family. So it was important for me to get inside her mind and to show why is she so enforcing these patriarchal norms in her family? That they are norms that you would think that only men would want to reinforce, but here we have this woman who is reinforcing these norms. Why is she enforcing these norms? What about her past in the refugee camps growing up is influencing the decisions she’s making now in America? There was no way for me to get in-depth into her character the way I wanted to, telling her story from Isra’s perspective. Isra was shy, submissive, really very into herself. Then, Deya, of course, is an 18-year-old girl. She’s not going to be able to make these connections the way we can see them directly from Fareeda’s character.

AUTHORLINK: Both Khaled and Adam, and even Yacob, face serious challenges. While they harshly abuse the women, do you think the men are victims also of disrupted lives and cultural expectations?

“It is absolutely not a commentary on how men are the oppressors and the women are the victims.”

RUM: Absolutely. I really wanted this novel to not be black and white regarding the notion that only women can be victims and the men have to be oppressors. I wanted to get away from that and show that women can be oppressors, like how Fareeda is enforcing this patriarchy. And then again how men are also victims, perhaps not as much as women, because the society they live in that is as bad as it is still favoring the man, but Adam has to deal with the same struggles of being abandoned from his home and trying to make it in a new country.  The demands of being the eldest son and the expectations placed on him because of that. Because this family is not a family that encourages the independence of the self but rather the well- being of the entire family. Really the men have the burden of upholding the finances of the family. It is absolutely not a commentary on how men are the oppressors and the women are the victims. This is definitely a trauma affecting both genders.

AUTHORLINK: What can you tell me about the last chapter without revealing too much?

AUTHORLINK: What do you hope readers come away with after reading your story?

“For the non-Arab reader, I hope it’s an educational experience about the life of some women…”

RUM: In general, I think it’s nice to have an outside perspective of a different kind of upbringing to make more privileged people think twice about their privileges. For the non-Arab reader, I hope it’s an educational experience about the life of some women in some very conservative cultures. But I think I wrote this book for the readers of my own community. I really wanted to showcase how much damage occurs in a house where women are raising other women with this idea that they are less than a man, that they are not worthy, that they are a burden in this society, that they are always going to have this glass ceiling above their heads no matter what they do in the world. I really want to show the consequences of that, which is that society as a whole never advances without the education and advancement of its women. And perhaps we in the western world have accepted that idea but there are so many other places in the world that have not.  I really wanted to show what that looks like and feels like.

AUTHORLINK: Are you working on a new book now?

RUM: Yes, I am. I just signed a few days ago for book two. This book focuses more on an older, more mature female protagonist who comes from this culture but is much more Americanized.  But she still feels the residual effects of this culture on her despite her education and ambition. She tries to break free of them.

About the author: Etaf Rum was born in Brooklyn, the daughter of Palestinian immigrants. She teaches English literature in North Carolina where she lives with her two children. She also maintains the Instagram account @booksandbeans. A Woman Is No Man is her first novel. 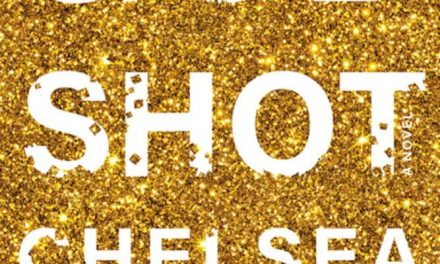