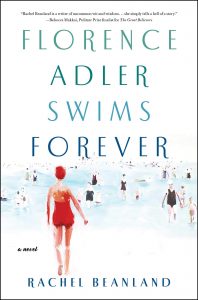 Over the course of one summer that begins with a shocking tragedy, three generations of the Adler family grapple with heartbreak, romance, and the weight of family secrets in this stunning debut novel.

“Rachel Beanland is a writer of uncommon wit and wisdom, with a sharp and empathetic eye for character. She’ll win you over in the most old fashioned of ways: She simply tells a hell of a story.” —Rebecca Makkai, Pulitzer Finalist for The Great Believers

AUTHORLINK: Ms. Beanland, thank you for your time today. We enjoyed Florence Adler Swims Forever very much and are impressed with the wholly immersive quality of your writing. Tell us a little about your journey to becoming an author. Had you written any other books before this one?

“I was a voracious reader as a child, and have always loved to write…”

BEANLAND: This is my debut novel. I was a voracious reader as a child, and have always loved to write, but it didn’t really occur to me, in college or in my twenties, that I could write fiction for a living. I worked in public relations and was in my mid-thirties, working full-time for a community arts center and raising three kids, when everything I’d been doing (reading, writing, advocating for the arts and artists, etc.) began to come together.

BEANLAND: My immediate family has been extremely supportive of the project. The real ‘Florence’—Florence Lowenthal—drowned ninety-one years ago. Almost no one who knew her is alive today, so there’s value in allowing her story, which was in danger of being forgotten, to live on. The real Florence had five brothers and sisters, including Fannie, so the novel’s publication has allowed many of these distant branches of the family to reconnect… an added perk!

AUTHORLINK: To be sure! Even though Florence is a book about grief – and each of us experience this differently – the whole story is infused with light and levity like the Jersey shore of Atlantic city where the story is set. It is also a story about what happens when we think we know what is best for other people. Specifically, when we keep secrets for the benefit of others. What is it about these two themes that compelled you to create a story around them?

Further, did you intend this to be the case from the outset, or was it a natural progression when developing your story. Was the first draft of Florence, for instance, quite different from the last, in terms of mood?

“… I always knew this was going to be a novel that dealt with grief.”

BEANLAND: I wouldn’t say that the mood of the novel really shifted from the first draft to the last. By virtue of the way the real-life events unfolded, I always knew this was going to be a novel that dealt with grief. I was ready to write that kind of novel because I’d lost my father young, and I felt like I had a well of experiences and emotions to draw from, but I was also very aware that we all grieve differently. I chose to write the novel in rotating perspectives, in part, to allow the book to breathe and to usher in those moments of light and levity you reference. With seven characters, I knew everyone wouldn’t be in the throes of grief at exactly the same time. Somehow, even in our saddest moments, we’re capable of laughter and love.

AUTHORLINK: Very true. We read that you started this book in 2016 and would wake at 4.30 am to work for a few hours before the school and work run. You were also studying for your Master of Fine Arts at the time. How did you manage it all?

BEANLAND: I think it’s true what they say about busy people getting more done. And, maybe in particular, busy women. I’m constantly in awe of the women I meet who are managing careers and families, their health and personal well-being, etc. It can all feel overwhelming. I was so, so, so busy when I began writing the novel, but I think I also felt a little bit desperate to have something that was truly mine, that I was doing just for me. I didn’t want to arrive at the end of my life and say, yeah, I wanted to write novels but I never got around to it. So, I had to figure out how to carve the writing time out of my day. The only way I could figure it was that I needed to write while everyone else was sleeping… I’d set my alarm for 4:30 a.m., make myself a cup of coffee, and write while my house was quiet. By 7 a.m., everyone was up and it was time to get on with the day.

AUTHORLINK: In brief can you answer the following quick questions for our readers and writers: –

AUTHORLINK: Thank you for all of that! So interesting. Speaking of which, you must have been thrilled to find out you were going to be published, by none other than Simon & Schuster! How did it feel when you found out? Describe your reaction and that of your family’s. Did you feel a bit robbed for publishing your debut during a pandemic?

“Yes, publishing with Simon & Schuster was a dream come true.”

BEANLAND: Yes, publishing with Simon & Schuster was a dream come true. Honestly, I don’t even think I knew to dream it! I loved my editor, Carina Guiterman, from the moment we first spoke, so I was as excited to get the chance to work with her as to see the book be published by such an iconic house. The day the auction closed, my close friends and family started popping by the house with flowers and champagne. My two sisters, who both live several hours away, dropped everything, jumped in their cars, and drove in to join the celebration. It was really memorable, which turned out to be especially meaningful because, of course, all of the fun book launch stuff we’d planned wound up having to be cancelled as a result of the pandemic.

Regarding the impact of the pandemic, I’m trying to remain positive and practice gratitude. My family is healthy and writing is, thankfully, the type of job I can do from the safety of my home. While I realize I missed a lot of “firsts” publishing my debut novel in the middle of a pandemic, the good news is I don’t fully understand what I missed! If there’s one thing we’re all still doing in our homes, it’s reading, and I feel lucky the book has found a readership. Another plus is that I’ve been able to connect with book clubs near and far. Everyone’s on Zoom, so it’s made it easy to pop in and say hello!

AUTHORLINK: Wonderful! Do you read constructive criticism from readers? If so, how do you react to it? Do you take it on the chin, or does it affect your confidence? What would you do differently in your next book?

BEANLAND: Before the book was published, I read some of my early Goodreads reviews, just trying to get a handle on how the book was landing. Once I could tell that people were enjoying it, I stopped reading them. It’s not productive, and I’m learning that I’ve got to separate the day-in/day-out work of writing from all the other distractions that come with the job. I will say, it’s harder to avoid reviews on Instagram and Twitter because people tend to tag you in them! When it comes to my next book, the only thing I can do is write the book I want to read and hope other people want to read it, too.

AUTHORLINK: It was fascinating to read in Florence about how little the US government did to help Jewish refugees during the Nazi regime. Were you aware of how difficult it was for European Jews to find help in the US at the time from your family history, or was it further uncovered from your research?

BEANLAND: I knew Jews had a hard time getting out of Germany before the war made it impossible to do so, but what I didn’t realize was that the biggest bureaucratic road block was not the German government but the U.S. State Department. American immigration policies were not only anti-Semitic but unfairly implemented. Two German Jews could go to the U.S. Consul and get radically different answers to the same question. Applicants were sent on gigantic paper chases that often ended nowhere, and heaven help you if you didn’t have a sponsor in the United States who could vouch for you. I think it’s important for us to understand the role our government played in the deaths of so many innocent people, particularly as we look at our immigration policies today.

AUTHORLINK: What are you working on now? Can you tell us a bit about it?

BEANLAND: I’m working on a novel set in Richmond, Virginia, which is where I live. On December 26, 1811, there was a horrific fire at the city’s theater, and 72 people—mostly women—died. The calamity was the largest of its kind of befall our young nation, and it had a huge effect

AUTHORLINK: And to finish off, just for ‘fun’, which two people alive or dead would you invite for dinner and why?

BEANLAND: I’d give anything to invite my dad and my grandmother to dinner, show them the book, and fill them in on everything that’s happened in the last year or two.

AUTHORLINK: We can’t even imagine. Ms. Beanland, thank you so much for your time today, we really appreciate learning about your process and discussing the remarkable Florence Adler Swims Forever with you. We know you are going to skyrocket ahead to even further success and wish the best!

BEANLAND: Thanks so much. It’s been a pleasure.

About the Author: Rachel Beanland writes essays and fiction and is the author of the debut novel, Florence Adler Swims Forever, which was released in July of this year by Simon & Schuster. The book was selected as the Barnes & Noble Book Club pick for July, and was named a Featured Debut by Amazon and an Indie Next pick by the American Booksellers Association. It was also named a New York Times Editors’ Choice and one of the best books of 2020 by USA Today.

Rachel’s essays have appeared in Lit Hub, Business Insider, Creative Nonfiction, and Broad Street, among other places. She is a graduate of the University of South Carolina and earned her MFA in creative writing from Virginia Commonwealth University. Rachel lives in Richmond, Virginia with her family.

About Anna Roins: Anna Roins is a Senior Lawyer, previously of the Australian Government Solicitor, as well as a freelance journalist.

She has studied creative literature at The University of Oxford (Continuing Education) and the Faber Academy, London. Anna is a regular contributor to AUTHORLINK assigned to conduct interviews with best-selling authors. She also tries to write novels in her spare time, reviews books and writes community pieces for reputable online and print publications. 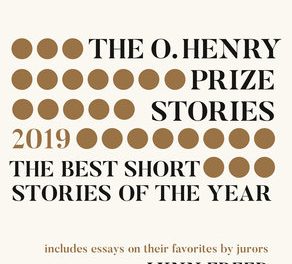