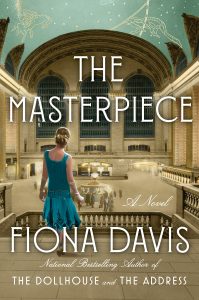 Fiona Davis’ “The Masterpiece” is a light, romanic historical novel about the journey of two women, fifty years apart in age, who discover self-achievement as their lives collide when New York’s Grand Central Terminal was facing demolition. Developers were scheming to erect a 55-story building on the site but had to go to the U.S. Supreme Court to remove its landmark status.

The terminal also housed the Grand Central School for Art, where Clara Darden in 1928 taught illustration classes and became a well-known illustrator for Vogue Magazine. But because she was a woman, she was not taken seriously as an artist so she signed her watercolor and oil paintings simply as “Clyde.”

The Great Depression and a tragic accident dramatically changed Darden’s life, and she disappeared from public view in 1932. Decades later, in 1974, she discovered her lost painting, “The Siren,” is being sold at auction by Sotheby’s, her former lover and art colleague credited as artist. Determined to stake her claim, she returns to New York.

At about the same time, enter former socialite Virginia Clay, at a loss and vulnerable, divorced after she underwent a mastectomy. She needs a job but has limited employment qualifications, and is raising a teenage daughter. Fate delivers her to her only option — handing out brochures at the Grand Central Terminal information booth.

A former art history student, she becomes fascinated with the terminal, especially when she discovers art school remains. Among the ruins she uncovers a watercolor signed by Darden. Clay takes the painting with the idea to sell it and pay off bills, which sets the stage for a dramatic mystery. At that point Darden confronts Clay and demands her watercolor back, but she tells her she no longer possesses it. So together the women mount a quest to reveal the true artist of “Siren,” campaigning simultaneously to save the terminal from destruction.

Davis’s captivating novel vividly displays the artistic values of the terminal, its historic significance and the relentless efforts by developers to scrap its landmark status. Her novel was inspired by two art school faculty members, Arshile Gorky and Helen Dryden, and also skillfully incorporates into the plot Jackie Kennedy Onassis’ simultaneous fight to save the stately structure. It also appropriately highlights women’s struggles for equality.

Kisses and Lies by Lauren Henderson 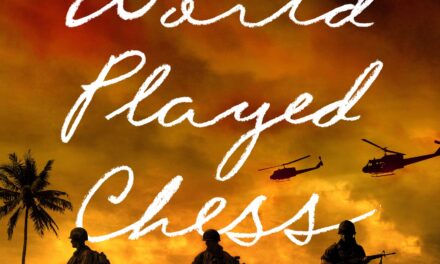 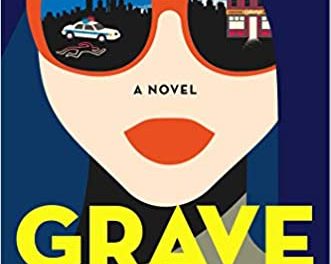