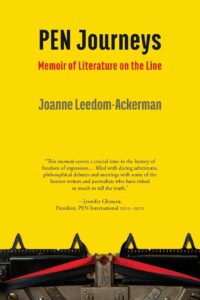 Joanne Leedom-Ackerman believes that truthful writing matters, be it journalism, fiction, poetry, drama, essays because stories and witnessing and creative imagination connect, inspire and mold us.  Her passion bleeds through the pages of her memoir, PEN JOURNEYS, MEMOIR OF LITERATURE ON THE LINE (Shearsman Books, February 1, 2022).

PEN is an international organization dedicated to free expression and the democracy of the imagination, with chapters throughout the world. Since the 1980s, Joanne has been deeply involved in the organization, having served as president of PEN Center  USA, and traveling the globe as Vice President of PEN International. She headed the PEN CENTER USA WEST  during the year of Tiananmen Square and the fatwa against Salman Rushdie and has held numerous other roles,  including leadership of the International PEN’s Writers in Prison Committee and International Secretary for PEN International. (PEN USA West was in LA: PEN America is headquartered in NYC, headed by Susan Sontag and then Larry McMurtry back then. The International Secretary was like the “General Secretary” who ran the organization—nothing to do with “secretary”).

Her copious organizational notes of more than thirty years have quipped her to write a detailed history of  PEN, its growth, its accomplishments, and its ever-changing shape.

The book is divided into journeys through the US and foreign lands and captures the missions and perils of journalists and writers she has met along the way. The organization serves novelists, poets, and dramatists as well as journalists.

Among those whose causes she understood and championed, with or without meeting some, were Chinese writer and Nobel laureate Liu Xiaobo and Saudi journalist Jamal Khashoggi. She fought for journalists such as these because she believes their stories are critical in the struggle for freedom of expression around the world.

PEN Journeys reflects a time when democracies were ascending around the globe and PEN was often at the forefront.  Many journalists and writers imprisoned for their work, were freed because of PEN’s work behind the scenes and public outcries for justice.

Proceeds from PEN Journeys will go to PEN International’s work, particularly its work for writers in prison or at risk.

Joanne ends the book with The PEN Charter, which says, in part, ” Literature knows no frontiers and must remain common currency among people in spite of political or international upheavals.”

Few could argue about the affirmations, but for one. The charter ends with the added statement, “And since freedom implies voluntary restraint, members pledge themselves to oppose such evils of a free press as mendacious publication, deliberate falsehood, and distortion of facts for the political and personal end.”

The ambitious statement may give pause to some readers who wonder how we determine what is fact in this age, and what constitutes falsehood and distortion?

Certainly, PEN Journeys is a book worth reading for those who want to understand PEN’s admirable principles.

“We defend the imagination and believe it to be as free as dreams,” the creed says. What writer would not agree with that mission?

Joanne Leedom-Ackerman is a novelist, short story writer, and journalist. Her works of fiction include regional bestseller The Dark Path to the River and No Marble Angels. Her nonfiction book PEN Journeys: Memoir of Literature on the Line was recently published, and she is the senior editor and contributor to The Journey of Liu Xiaobo: From Dark Horse to Nobel Laureate. She has also published fiction and essays in books and anthologies, including Short Stories of the Civil Rights Movement; Remembering Arthur Miller; Snakes: An Anthology of Serpent Tales, Fiction and Poetry by Texas Women, the Bicentennial Collection of Texas Short Stories, and Beyond Literacy.

A member of the Advisory Board of the United States Institute of Peace, Joanne was an adviser on the Emmy-nominated PBS documentary A Force More Powerful: A Century of Nonviolent Conflict. She is a member of the Council on Foreign Relations, the Texas Institute of Letters, and American and English PEN.

Joanne has taught writing at New York University, City University of New York, Occidental College, and the University of California at Los Angeles extension. She holds Master of Arts degrees from Brown University and Johns Hopkins University and graduated with honors from Principia College.

Joanne is married, lives in Washington, DC, and has two sons.

The Night Bird by Brian Freeman 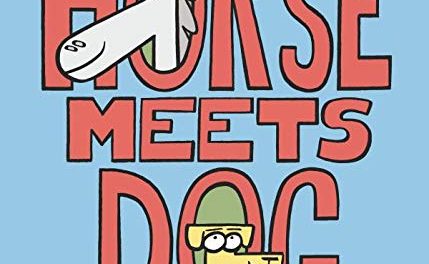