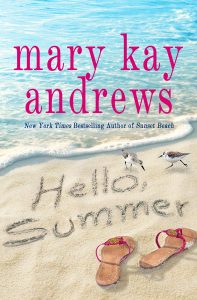 Conley Hawkins has ink in her blood. Daughter of generations of newspaper owners and journalists, her award-winning career looks set to soar onward and upward—until a golden opportunity falls apart, leaving her adrift and jobless. Then out of the blue Conley’s older sister offers her a post at the Silver Bay Beacon, the family-owned newspaper of their Florida panhandle hometown. With the world of print journalism shrinking every year, job openings are few. Conley reluctantly returns to Silver Bay, reconnects with family and old friends—and plunges straight into a mystery.

The world of modern journalism, small town politics and relationships are brought to vibrant life …

A night out with an old flame turns to horror when they witness the death of local US Congressman Symmes Robinette in a fatal single-car accident. What was the elderly decorated war hero doing on a lonely country road at that hour? Sensing a story Conley investigates, and the more she digs into the congressman’s background the more dirt she exposes. Soon the entire community of Silver Bay is in uproar, and the story attracts national media attention. Conley finds herself in the middle of it all, fending off threats of legal action, and snubs from the more partisan townsfolk. Battle lines are drawn, the congressman’s family are at loggerheads, and someone seems to be stalking Conley with murder in mind. It’s all in a day’s work for a journalist, but can Conley get to the heart of the story without jeopardizing all she holds dear?

Hello, Summer is a terrific read. All the characters from Conley through her feisty G’mama and her housekeeper, to the local gossip and the secretive local radio DJ, are fully fleshed people. The world of modern journalism, small town politics and relationships are brought to vibrant life by Mary Kay Andrews’ deft touch.

The Agent by Arthur Klebanoff