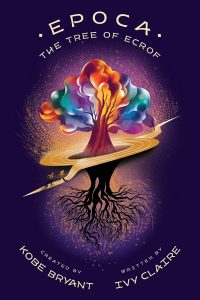 Creative basketball star Kobe Bryant is back with “Epoca,” yet another insightful and motivating fantasy that offers wisdom to young athletes. This time, he focuses on teamwork and how to overcome obstacles by recognizing one’s strengths.

The main character is Pretia, daughter of parents from two separate ruling classes: Her father, from the royal house of Dreamers, and her mother, from the House of Realists. Although her parents’ marriage was scandalous at the time, it has since brought welcome harmony and peace to the kingdom. Their tranquility is managed by “grana,” or inspiration from the gods. “It’s what allows us to be rulers, athletes, artists, writers, doctors, or whatever it is we want to be,” explains Pretia’s father, to his daughter, before she embarks on a journey to a secluded sport academy for highly skilled athletes on the island of Ecrof.

Pretria decides to train with the Dreamers where she befriends Rovi,  an orphan and skillful thief at the Alexandrine Market. He was selected for the academy for his running speed and also because his father had once taught “visualization” there. There’s a mystery as to why Rovi’s father was ousted from the island but it appears related to the Tree of Ecrof, the school’s emblem, a marvel of Epoca that grew in the center of the stadium. Because Rovi’s father has been linked to the tree’s declining health, Petria, Rovi and another teammate venture off to learn why it’s also making students ill.

Bryant and writer Ivy Claire collaborated in this charming story with plenty of mystery and character conflict. It includes a bully who is a realist, and an overly competitive athlete who identifies as a realist but has been assigned to the Dreamers. And, of course, there is Pretia, afraid to use her powerful grana because she believes it is cursed. Young folks will gain insight from this fantasy, laced with lessons. 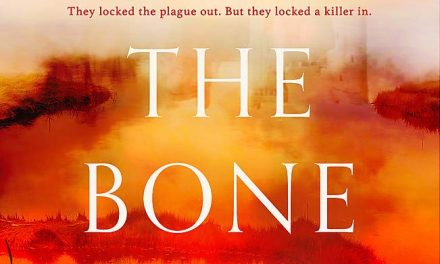