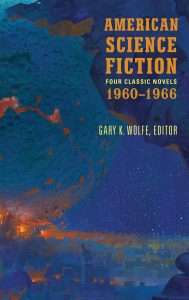 The 1960s saw a huge upsurge in groundbreaking science fiction in America. Champions of the genre produced a volume of work that redefined the nature of science fiction and how it related to the real world. This collection offers a shining example of such authors’ work. The first volume covers Poul Anderson, Clifford D Simak, Daniel Keyes and Roger Zelazny. The second features R. A. Lafferty, Joanna Russ, Samuel R. Delany, and Jack Vance.

In Anderson’s The High Crusade, advanced alien technology proves no match against inventive medieval methods of warfare. Simak’s story of an ordinary Earth guy turned extraordinary has him caught up in an intergalactic war. Keyes’ touching and evocative novel Flowers for Algernon studies the effects of both low and high intelligence in relation to society. Zelazny’s …and Call me Conrad (published here under the author’s preferred title) has his trademark quirkiness in a tale of post-apocalyptic Earth. In the second volume Lafferty brings King Henry VIII’s advisor Thomas More forward in time to mend a badly broken utopia. One of the first of the genre’s tough no-nonsense heroines makes an appearance in Russ’ Picnic on Paradise. Delany’s Nova foreshadows the whole cyberpunk movement of later years. Last but not least, Emphyrio is Vance’s tale of an adventurer’s encounter with the home of humanity sets the model for world-building in fiction.

American Science Fiction offers an excellent introduction to the classic works of the era with something for all tastes. 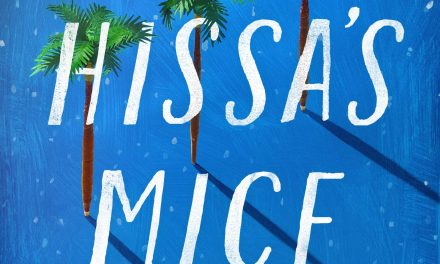 The Left Hand of God by Paul Hoffman