To Agent or Not to Agent

ASK THE EDITOR To Agent or Not to Agent

As the holidays get into full swing, the publishing industry pretty much winds down–at least as far as you, the writer, is concerned. Agents and editors and publishers are busy with real lives too, so not much is bought or even looked at very seriously between now and the first of the year. Although you may be writing furiously during this time (hopefully with some time off from the gainful-employment job), or not–depending upon your own family circumstances–any actual marketing of your work might as well be paused.

But, it's a great time to take a hard look at where you've been, where you are, and where you're planning to go in the new year. Although you won't be sending anything out right now, now is the time to map out your road ahead.

Up until a few years ago, the path to publishing was pretty cut and dried. You, the writer, perfected the work to the best of your ability and in order to present it to a publisher, first found an agent. Often even then a writer would find the right house, perhaps meet an editor at a conference, do the leg work, and present all of that to the agent of choice (or second or third or on down the line). But unless you were agented, the vast majority of publishers wouldn't even look at your work.

All of this has changed. In some cases, drastically. While most of the big New York houses still recycle over-the-transom material, many more options now exist. Your most successful route to publishing with a big house is still to be agented by someone with a reputation in New York. I don't think that part will ever change. Yet, exceptions occur. One of my writers just sold a two-book deal to Kensington, without an agent. She ran into an author whom the house publishes, he liked her work, presented it to the editor, and viola! A two-book deal. You hear these stories all the time, but do know that they're the exception. In other words, it CAN happen. It just doesn't very often. So to go to the "big boys" you need a good agent.

Which, if you've been struggling in this business for more than a few weeks, you already know. And, you know how difficult that can be. Especially now, with the market having grown so tight. And especially with fiction, the market for which having shrunk to Lilliputian proportions. Agents these days are funny; they want sure sales, and strongly prefer the big-ticket ones. You can't blame them much–they have to pay their light bills too. But those sure sales usually mean something that fits a very specific niche. And, as regards fiction, those niches are rigid, ever-narrowing, and rarely bring in big bucks (unless you're an already-established author, at which point this column would be meaningless). Most of the agents I know are paring down their stables of authors, focussing in on those they can sell quickly. While agents used to take on writers (much as publishing-house editors did) and help direct and make careers, such is rarely the case anymore. Costs have escalated and everybody's gotta eat.

So if you're writing books du-jour, have honed your craft to perfection, and can produce exactly what a publisher wants, then by all means, seek agenting. That's not to say that the more Literary types or Mainstream genres don't need a top agent to sell to a big house. They do. What it does mean is that if you don't fall into the former group, other options may be your best bet.

Because again, publishing has changed. POD publishers abound, as the cost-risk is minimal. But that's not where we're heading here either. POD, while it may look good because you think it'll get you in print, has enormous drawbacks. Chief among these is that your book will NOT be on the major bookstore shelves. That'll kill your sales. The vast majority of people still purchase books by walking into the bookstores and buying them off the shelves. That may indeed someday change, but that reality right now remains.

What has really changed is that now, real, true small publishers have sprung up all over the place as well. Although small, regional, and university presses have always been with us, for the most part putting out beautiful books, the number of small presses themselves has burgeoned. And in a lot of cases, these are doing better with their books than the NY houses. Although many reasons exist for this, that's a different column. The fact is it's true. So, what can that do for you, the up-and-coming writer?

First off, most of these would prefer not to deal with an agent (which is not always a good thing for you–agents not only negotiate the best deals, but also protect your interests all the way around). This does, however, leave open a door for you to get your manuscript read by a qualified editor. Most of these publishers are doing this as a labor of love, and truly believe in what they're producing. So, the editors are skilled, and you get a good read here. And perhaps even if one doesn't buy your book, you may establish a relationship with an editor that at some subsequent crossing down the road pays off.

If a small press does buy your book, it can benefit you in many ways. While you won't be looking at a big advance (or sometimes, hardly any at all), you will get a lot of hands-on treatment (which is slipping somewhat by the wayside with the big guys). And, you'll have more say in the end product as well. Again, a lot of these presses are putting out very well-done books, as per the covers, bindings, paper quality, etc.

Most importantly, the small press will keep you in print. The sad truth is that with a big house, your book will have a shelf life of about 4-6 weeks. Yes, weeks. Unless you're a marketing whiz (and even usually then), you won't have the time to get your book off the ground. No one will know about it and after that very short amount of time, it'll be pulled and remaindered–effectively dead. Now, not only did your book not sell, but nobody will want to touch your next one because the first didn't earn-out. With the shrinking market, you get tossed out with the leftover turkey bones. But the small houses will keep your book available, for years. It'll give you time to market and hit the pavement and sign books and promote in all the ways possible. In short, you'll have a better shot at actually making it in this business.

And for that, again, you don't need an agent. You need a lot of fortitude, a lot of copies and stamps, and the diligence to keep querying until someone bites.

So, as the Cheshire Cat told Alice, it doesn't matter which path you take if you don't know where you're headed. Now is a great time to figure out where your work best fits–from Random House to a university press to one of the many start ups. Do be careful; do your homework and avoid the POD houses. Look for legitimate small presses if you decide to go that way. Or, if you're certain that Simon & Schuster is the place for you, start identifying agents who regularly sell to the various imprints and get your ducks in a line to query them come January.

If you thought learning to write well was difficult, just know that the marketing end of things is no easier. Perhaps, in a lot of cases, much harder. The key to it is in doing your homework, focussing a hard eye on your own work, and identifying where it best fits. That'll tell you whether finding an agent and a big house or no agent and a small press or some combination of all that is your best bet. Happy Hunting! 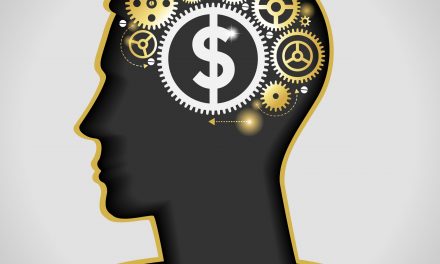 The Art of Density