The Writer’s Passion, Power and Profit

"A writer has the power to inspire and educate, to change lives and the course of the world…"

The Writer's Passion, Power and Profit

Over the centuries, the passion of writing, the burning desire for writers to put words on paper has produced stories, novels, articles and poetry that have entertained, educated and inspired us all.

This passion for writing is powerful enough to produce words that change people's lives and even the course of civilization–the Golden Rule of the Bible, The Declaration of Independence's Bill of Rights, and Muhammad's Koran have impacted the entire world. and event today, no one can question the power of writers such as Deepak Chopra, Steven Covey and even Ann Landers whose advice column has surely changed the paths of many lives.

Writers have the power to entertain, to evoke strong emotions from our hearts, to escape reality in fantasy worlds and to bring memorable lines that endure through the centuries such as Elizabeth Barrett Browning's "How do I love thee? Let me count the ways." Shakespeare's "A rose by any other name is still a rose."

Writers have the power to create enduring characters who inspire and motivate us. Who can ever forget Margaret Mitchell's Scarlett O'Hara as she stands atop a hill in the midst of the smoldering ruins of a southern plantation and, with a defiant fist raised to the heavens says, "As God is my witness, I will never go hungry again."

And Rhett Butler's famous line–one that I've found useful a few times–"Frankly, my dear, I don't give a damn.:

We shiver in jack London's cold in his stories of the north, laugh in the enduring writings of Erma Bombeck and weep over the fate of a young girl in The Diary of Anne Frank.

How many delighted children have flown with Peter Pan to Never Never Land or stepped through Alice's magic looking glass into the topsy turvy world on the other side?

Such is the power of writing.

Of course, writers dream of profiting from their work. Of writing that best selling book that sells a gazillion copies, of selling foreign rights and movie rights, TV rights and all the other rights. Of being a syndicated columnist in hundreds of newspapers. But we also clutch our first check, no matter the amount, or how we got it–whether we sold an article, a poem or a book–or won a contest–we clutch that treasured piece of paper to our hearts, in our hands, sometimes refusing to let it go, as evidenced by all the framed checks hanging on walls next to typewriters or computers.

So to all of you who bring your passion of the written word, the power to create anger, fear, laughter or tears. To inspire an educate, or even to change lives and the course of the world and the ability to profit from your power and passion–may the 14th annual Southwest Writers Conference bring you hope, renewed dedication to your writing, inspiration and determination to succeed.

Five Tips on How Not to Get Rejected 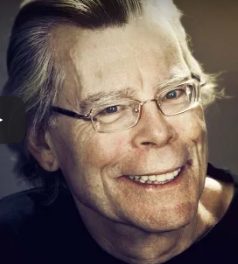 Knowing One’s Genre: It’s Only Half The Battle