The Mind of Your Story, Part 2 Managing Time 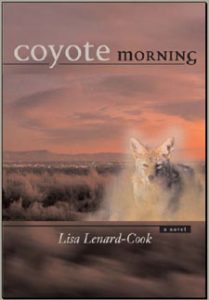 The Art of Fiction: The Mind of Your Story, Part 2
Managing Time

Managing your fiction’s pace can be the difference between a good fiction and a great fiction. In my last column, you learned how to establish pace by creating a fiction’s particular rhythm. The next step is to maintain that rhythm throughout the fiction while at the same time moving the plot forward.

“The trick to managing time within a fiction is to employ both chronos and kairos.” —Lenard-Cook

Chronos is a Greek term for “clock time,” where each second, each minute, each hour has a value equal to every other second, minute, and hour. But remember how, during that last minute before the bell rang in grade school when you watched the clock tick off each second, time seemed to drag? Or how, conversely, time just flew by when you were on vacation in Hawaii? By the very language we use when we talk about such moment—”the time dragged” or “the time flew”— it seems chronos doesn’t apply to times like this. In fact, it doesn’t: Each of these instances is an example of kairos, a Greek term for “holy time.”

The trick to managing time within a fiction is to employ both chronos and kairos. The fiction’s clock, which you set in motion when you establish the mind of your story (see my December 2004 column) continues to tick like a metronome in chronos. But the emotion of a fiction happens in kairos, emotional time. This means that the moments that matter most will be the longest and most vivid, but when they are over, your fiction’s clock— its chronos—will have ticked that much further along.

“So if you spent, say, four paragraphs in kairos on a pivotal scene, the fiction’s chronos will have moved four hours ahead . . .”

Let’s say, for the sake of example, that your fiction takes place over the course of one day. Your hero, Joe, gets up in the morning, and you spend the first paragraph on his getting up and getting going. This establishes the chronos of your story, in this case, one paragraph = one hour.

Now, not every paragraph will show another hour. Whenever you are articulating a moment that’s at your fiction’s emotional heart, you’ll need many paragraphs to show a few moments in time. But—and here’s the key—when those moments are over, your fiction’s chronos will have moved along by X number of ticks. So if you spent, say, four paragraphs in kairos on a pivotal scene, the fiction’s chronos will have moved four hours ahead, no matter how long the scene itself really took.

“Like events that occur in a fiction’s present, effective flashbacks unfold in kairos with the fiction’s chronos

Going Back in Time

What if your fiction’s kairos occurs in the past? Like events that occur in a fiction’s present, effective flashbacks unfold in kairos with the fiction’s chronos ticking away. I like to use a cup of coffee to illustrate how this works:

Joe took a cup down from the cupboard and poured himself some coffee, then sat down at the table. It was the cup Mary had given him on their trip to Morocco, the last trip before their breakup. They’d discovered the little stall set apart from the others…

You’ll continue on with this pivotal scene (that will, say, illustrate how differently Joe and Mary view the world) to its conclusion, and then you’ll return to Joe and his coffee, which in the story’s chronos has now grown cold. The cold coffee lets the reader know that, while a moment has occurred in kairos, the chronos has continued to tick.

A fiction’s drama will occur in scene. What matters will be shown, vividly. What doesn’t—getting from one place to another, or from one time to another—will be told in narrative. If, for example, you need to get Joe from Albuquerque to Dallas that morning, but nothing of importance to the story happens during the trip, you’ll use narrative: “Once off the plane in Dallas…” or “It wasn’t till he was on the elevator in Dallas that Joe…” But you could use that air time for some kairos to reveal backstory, such as “Joe hadn’t flown since he and Mary got back from Morocco…” After all, your fiction’s chronos is ticking.

It’s important to remember that the rules of plot trajectory apply to every scene as well. This means that every scene has a purpose. Every scene offers forward movement. A change occurs. Things are different at a scene’s end from its beginning. A question has been answered. The reader knows something that s/he didn’t know at the scene’s beginning. If nothing changes from the beginning of a scene to its end, either the scene is not important to the larger fiction or you have not yet uncovered its importance.

Next month, we’ll continue to explore the mind of your story. Till then, keep writing!

About Lisa Lenard-Cook Lisa Lenard-Cook’s novel Dissonance (University of New Mexico Press, 2003) won the Jim Sagel Award for the Novel and was a 2004 selection of both NPR Performance Today’s Summer Reading Series and the Durango-La Plata Reads countywide reading program. Her latest novel, Coyote Morning (UNM Press, 2004), has been compared to work of Carol Shields and Sue Miller. Visit Lisa’s website, www.lisalenardcook.com, for information about her books and more writing inspiration.

Writing Narrative Non Fiction: Your Life as a Story of Love