"Sometimes a whole scene comes rushing out and I type as fast as I can." —Lenard-Cook

Last month, I suggested you put your manuscript in the closet for a while and then gave you some questions to consider when you got it out again. This month we'll look at some of the bigger picture aspects of revision.

Pay Attention to Your Gut Reactions

This is a test. It's just you and me here (in fact, it's just you, but if you're a regular reader, I'm probably a voice in your head by now), so no one else will ever know what you reveal.

Scenario #1. You were going gangbusters (yes, it's a cliché, but it works here) on your novel. Every day, you wrote some more. Suddenly, one day, you stopped. And then another day went by. And then another. What happened?

Quite simply, something's wrong with the scene that stopped you. This actually happens to me frequently in the rewriting stage. I'll be reading and editing and then—wham!—dead stop. I'm always working on enough different projects that I just move on to something else. But when I don't go back to that novel for one day, and then another, I know it's a particular scene that's stopping me.

Because I'm now alert to this occurrence, I do one of two things: I skip over the stopping point and go on, or I delete the entire scene and replace it with a blue font that reads: Need a new scene here. Sometimes I realize exactly what the scene needs to be as soon I type these words and make a few notes as well. Sometimes a whole scene comes rushing out and I type as fast as I can.

When that happens, the new material is usually in blue because I haven't had time to switch back. That's good, because I can reread it as soon as I'm finished. And, wonder of wonders, I usually can turn it black again and just keep on going. (Computers are amazing things to me. You kids have no idea how it used to be when our dinosaurs did our typing.) Try this yourself a time or two. It works.

"If you skip over sections of your writing, chances are no one else will bother reading it, either. Cut it or rewrite it. Period." —Lenard-Cook

Scenario #2. When you're reading and rereading what you've written, there are places where you skip over a sentence, paragraph, or entire section, thinking you've read it so many times you don't need to read it again.

This is a huge Uh-Oh. If you the author can't read something over and over again, why on earth would someone else want to? To me, the best test of any manuscript is what I call the Going to the Bathroom Test: Does the reader take it to the bathroom with them, or easily set it aside? This goes for the writer, too. If you skip over sections of your writing, chances are no one else will bother reading it, either. Cut it or rewrite it. Period.

Scenario #3. You "feel" something when you read a certain word or phrase. This something may be a sinking feeling in your gut, a twitch, or some sort of alarm going off in your head.

These intuitive nudges are saying something isn't right. Sadly, you often feel them just as you've reached one of those parts of which you're proudest—those flights of fancy, those wonders of words. Your gut is saying —alas—they're clunkers. And clunkers are tripping points, of which there should be none. Cut it completely. Chances are the rest will flow more smoothly and the offending passage won't even be missed.

"Revisiting your fiction this way is not just work, it's hard work." —Lenard-Cook

Revisiting your fiction this way is not just work, it's hard work. It's a job for someone other than your creative self. That's why you've let your work sit in the closet for a while, so your sensitive side won't be hurt by all your pragmatic side's going to do at this stage.

Because the thing is, you've got to be merciless. You can't try to slip things by. You can't be lazy. You can't compromise, not ever. And you can't leave things for an editor to take care of. If you don't do this work now, you won't have that editor. Ever.

". . . if you can't bear to part with a word (and there are plenty of words I can't bear to lose completely), set up a separate file. ." —Lenard-Cook

Throw it out? you're thinking. Talk about a gut-clenching prospect. I really do recommend tossing the trash, but if you can't bear to part with a word (and there are plenty of words I can't bear to lose completely), set up a separate file. This can be on your computer or an actual folder or notebook. I have files set up for each of my novel's deletions. Some of them are longer than the novels themselves. I also have a boardinghouse where characters I've deleted live. It's quite the place. Someday, I'll have to write a book about it.

Writing Insights: Is it better to send an agent a full manuscript or a query letter? 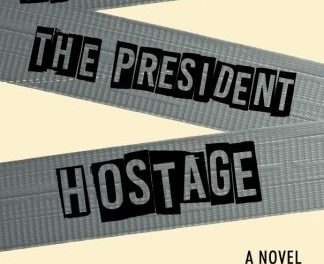