"Talk radio is, unequivocally, a great vehicle for authors. . ." Friedman

A New York Times article quoted the above from Kathleen Hall Jamieson, director of the University of Pennsylvania's Annenberg Public Policy Center, referring to President Bush's re-election campaign's use of small-station talk radio. The article goes on, "Strategists and radio experts say the Bush campaign has taken it to a new level of sophistication, using it far earlier in the campaign cycle and appearing regularly on shows with even the tiniest of audiences. Ms. Jamieson added: 'This is a change in tactics. Radio's been traditionally used later in a campaign, and it's been traditionally larger-audience talk radio."

Book authors aren't running for president (although most candidates become authors when they decide to run) but this example shows both the power of talk radio and the importance of small stations. They do count, for many reasons. The Bush campaign experts are using small-station talk radio not for lack of budget; they're using it because it works.

Talk radio is, unequivocally, a great vehicle for authors, because it allows them to give in-depth answers and puts them in direct communication with people who may want to buy their book. But talk radio is not what it used to be.

The hosts of major-market radio talk shows with great audiences once brought authors into their studios for long chats. An author could knock off a couple of radio interviews and sales would rise. Those days are gone. Unless an author truly is a big name, like a presidential candidate, the chance of hitting pay dirt with a couple of big radio interviews is history.

First, there aren't as many big stations that accept talk-show guests; many have gone to a music format or no longer want guests who have a product to sell. Second, the amount of time an author will probably be on the air has dwindled; radio talk shows have found that listeners are more likely to stay tuned if they have three 10-minute guests on a show instead of one guest for 30 minutes.

So that means to get the recognition you want out of talk radio, you'll have to put in a little more time and effort. But it will be worth it.

There's a hidden secret to small-station talk radio: attention. On a big station in a major city, programmers fight for every listener because of intense competition. Listeners of those stations have so many other choices, so they often switch around frequently. But smaller stations in smaller markets have a much more loyal following. The listener of a 1,000-Watt station doesn't have a lot of options on the dial so they stay tuned. The station is more a part of their life, the host like an old friend. When they hear something on their station, they believe in it more because they've invested themselves in the station. The author who shows up on such a station gets heard and absorbed, making the likelihood of selling books greater for this publication and probably others as well.

There's also an advantage to sheer numbers. In radio publicity, quantity works. There are hundreds of radio stations. Book authors shouldn't thumb their noses at some of them just because they don't have a hot host or 5,000 Watts. Even with a 1,000-Watt station, you are still reaching an audience. Look at it this way. If a 1,000-Watt radio station has only 100 listeners, you might say it is not worth the trouble. But what if you could go to an auditorium and talk to 100 people about your book? Would you go? Of course you would. And besides, small stations allow you to practice for that big interview down the road.

A rookie baseball player doesn't throw his first pitch against the New York Yankees. In print publicity, an author's first interview is rarely with The New York Times. But an author who has had an interview with a hometown newspaper and a couple of magazines will be better prepared if The Times does call.

It's the same way with radio. It takes at least 10 radio interviews before most authors get comfortable behind the microphone. Small-power radio stations allow you to practice being a great guest.

There's a reason writers are writers and not speakers. Some people seem born to be effective when they talk, but an author's expertise is in the written word, so it is rare to find a great author who is also a great spoken communicator. First-time authors are especially prone to stage frightyes, even on radio.

Typical errors for first-time guests include not giving out their web site addresses or 800 numbers, or not giving them out frequently enough. It's also a mistake to mention these too often. You'll upset the host, who will let you know that the show is not an infomercial. Technical authors have a tendency to slide into technobabble, and even good guests inevitably walk out of their first few interviews knowing they could have done better. When first-time radio guests make mistakes (and they will), it is best if huge audiences do not hear the errors.

". . . a great way to take a pulse on what readers really want to know" Friedman

Here are a few of the pluses of booking on small stations.

Booking small stations in quantity to get lots of interviews helps you get the explanation of your book down to a succinct few words. Talking with multiple interviewers, though they don't have huge audiences, helps you crystallize your thoughts and may even give you new ideas about your topic that you never realized before the interviews.

Smaller stations are also more likely to allow call-in segments, which are a great way to take a pulse on what readers really want to know, want to buy, and care about.

Booking small stations can also be an adventure.  Friedman

Booking small stations can also be an adventure. You will run into some hosts who are unprofessional (make sure you confirm an interview at least twice before you will be on the air), so you'll have to be ready to walk them through the major topics. Prepare for these interviews as though you have just met someone on the street for the first time, and you are telling them about your book.

But even if the hosts are not as professional as they should be, you should still be on your toes. Very bright people listen to some very small radio stations; so don't talk down to your audience.

Sorry, nothing will surely save you from the 1,000-Watt radio station that is being hosted by a kid right out of broadcast school. But remember, that small-time interview will prepare you for the big time.

The Art of Fiction: Revision Decisions! 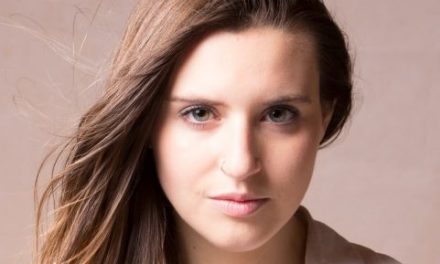 Will Movies and TV Eventually Kill the Written Word?