Out of the Ghetto: Christian publishers reach for a share of the secular market

Out of the Ghetto:

Christian publishers reach for a share of the secular market, mainstream publishers jostle for Christian market share-and readers win from the competition

Such numbers have caught the attention of even secular publishers and booksellers. "Evangelical publishers have managed to turn out a steady stream of blockbusters in recent years," observes Business Week, "making religion the hottest category in books."

Christian publishers are taking advantage of their newfound respectability in the publishing industry by opening new lines specifically designed to attract readers who are not necessarily Christians. And the reverse is also true: Secular publishers are opening new lines specifically designed to cross over into the evangelical market.

Not too many years ago, Christian titles were excluded from the mainstream publishing world. No matter how many copies a title from a Christian publisher might sell, it would never make the New York Times bestseller list. That influential cultural index only surveyed a carefully selected sampling of mainline bookstores, never deigning to include Christian bookstores, and the mainline stores seldom deigned to carry books from Christian publishers.

"What we're seeing in the market is Christians moving toward buying books at their regular outlets," says Chip MacGregor, who oversees TimeWarner's efforts to reach this market, subdivisions called Warner Faith and Center Street Books. "Titles like Left Behind and Prayer of Jabez gave the folks in New York the nod that there is a group out therean evangelical Christian demographicthat is buying this book," literary agent Don Pape told WORLD. "The commerce has indicated that these religious people are everywhere."

In other words, Christians make up a large part of the so-called secular marketplace. Christians, like most people, shop at grocery stores, go to Wal-Mart, and pick up books at megachains like Barnes & Noble or Borders. Mr. Pape pointed out that only 25 percent of Christians ever darken the door of a Christian bookstore. The other 75 percent buy books elsewhere. Much of the change in the Christian publishing industry is discovering ways to reach them. In this sense, reaching the secular marketplace does not necessarily mean reaching nonbelievers.

Some Christian publishers are trying to reach beyond the evangelical demographic by starting lines of books that are not explicitly religious. Moody has a division called Northfield Press, which publishes self-help, business, and family-relationship books. NavPress has Piñon Press, which publishes self-help, family and adoption, and even medical books on Attention Deficit Disorder and dealing with stress. "While NavPress titles assume that the reader is a believer," explains the website, "the goal of Piñon Press is to present a biblical worldview to those outside the kingdom of God."

Thomas Nelson is experimenting with tying in to another once-neglected but huge field: conservative politics. Nelson president and COO Mike Hyatt had long pushed for more sales in the broader market, a vision that bore fruit in the form of a partnership with WND Books, the book-publishing arm of WorldNetDaily, a conservative online news site. The imprint published edgy, politically conservative books that reflected, or at least didn't conflict with, a Christian worldview.

WorldNetDaily commentary editor Joel Miller signed on as senior editor. In September 2002, the alliance produced its first title, Center of the Storm by Katherine Harris, in which the former Florida secretary of state gives her account of the 2000 Bush-Gore vote-counting controversy. Bestsellers followed, including conservative talk-show host Michael Savage's debut, Savage Nation, which became a No. 1 New York Times bestseller, spending 15 weeks on the list.

"We don't want the language to become gratuitous, but the story is the story." Joel Miller

In summer 2004, the Nelson-WorldNetDaily alliance ended, and the religious publisher pulled the imprint under its own roof, renaming it Nelson Current. The imprint continues books that are "relevant, provocative, and timely," its tagline says.

Buyers, so far, haven't looked askance at political and current-events books coming out of a Christian house. That, said Mr. Miller, is because though the books reflect a biblical worldview (or consciously undermine unbiblical ones), they don't make a pretense of being "Christian" per se. Instead, they are tailored for the general market. The fact that several have become bestsellers has enabled Nelson Current authors such as Jayna Davis (author of The Third Terrorist) and Barry Minkow (Cleaning Up) to "get into big media and have their voices taken seriously," Mr. Miller said.

But does this foray into hardball politics compromise Nelson's Christian ethos? For example, Mr. Savage is known for no-holds-barred commentary that sometimes includes name-calling, as in his most recent Nelson Current title Liberalism Is a Mental Disorder. How does that fit with Scripture's admonition for gentle, reasoned argument?

Because they often report controversial history and current events, Nelson Current books also sometimes include coarse language. "Because the books are intended for the mainstream market, we have a little more latitude there," Mr. Miller said. "We don't want the language to become gratuitous, but the story is the story." He added that Nelson Current uses salty or provocative language only when it's relevant and appropriate to the truth of the subject. "It's not in your face all the time," he said.

And secular presses start religious divisions of their own, as with TimeWarner's two new divisions. Random House, in another example, started WaterBrook. These ventures were not a case of a big company venturing into a market that it did not understand. Lee Hough, a Christian literary agent, said that these secular publishers brought in editors and staff with experience from Christian publishing companies. But the greater financial resources and industry clout from the parent companies give them an advantage.

TimeWarner in 2001 hired Rolf Zettersten, a senior executive at Thomas Nelson, to start Warner Faith. With his contacts, he signed best-selling Christian author Joyce Meyer, and with the TimeWarner distribution clout doubled her sales to 2 million. This success story attracted other big name authors, including Joel Osteen, whose Lakewood Church in Houston is America's largest.

But though some Christian publishers complain about the unfair advantages the big corporations hold, Mr. Hough says that the secular publishers have broadened the market for everyone. TimeWarner and Random House are trusted in the secular book industry, so when they introduced evangelical stars into that marketplace, it also opened the door for other evangelical authors and the Christian companies that published them.

But does going after secular markets mean watering down the Christian message? "We've never asked an author to water down or change their message," says Alan Arnold, head of Thomas Nelson's crossover fiction line, Westbow. But he points to another problem with conventional Christian fiction from the other side. "I feel very strongly that to water downor bloat a novel with more watercan be equally harmful to the story."

"Most traditional Christian fiction was less focused on the art of story and more focused on an agenda-driven approach." Alan Arnold

According to the principles of free-market economics, competition improves quality. And when Christians had only to publish for each other, quality did slip. "There is reason for some Christian writers to be quarantined," said Mr. Lee. "You want Christian writers to be writing on the level as in the regular market." Mr. Arnold agrees: "Most traditional Christian fiction was less focused on the art of story and more focused on an agenda-driven approach," he said. "The goal of many authors was to 'teach' the reader a doctrine through an often one-dimensional story. Ironically, it often wasn't a prejudice against Christian content that caused most of these novels to be rejected in the general marketthe stories simply did not pass the test of great fiction."

And if Christian bookstores are losing market share, it may be partly their fault. Many long ago stopped carrying many books beyond a few bestsellers, filling up their shelves instead with plaques, figurines, and knick-knacks. Though there are significant exceptions, many are no longer bookstores. "Let's face it, " said Mr. MacGregor. "They're Christian 'gift centers.'"

Brett Venable, who runs Mustard Seed bookstore in Milford, Del., defends Christian bookstores, pointing to the price advantages of the big chains and how many stores have been forced to depend on selling gifts to stay in business. But he notes a deeper problem throughout the Christian bookselling industry. "I am nowhere near as concerned about the effect of fewer Christian books being sold in Christian bookstores as I am about the poor theology being taught in the bestselling Christian books," he told WORLD. "It appears to me that the worst thing to happen is not the closing of Christian stores as a result of unfair business practices by publishers, but rather the propagation of loose theology making Christians more 'spiritual' but less godly."

Indeed, it is hard to accuse secular publishers of watering down Christian theology when Christian publishers have been churning out de-gendered Bible translations, Christless moralism, "have faith in yourself" tracts, and sentimental upliftoblivious to sin, grace, and salvationand all presented as Christian inspiration.

Publishing in this new environment may result in better Christian books for everyone. SaltRiver, Tyndale's line of books intended to reach the secular marketplace, publishes explicitly Christian books, but has a slogan not always associated with the genre: "intelligent, thought-provoking, authentic." Mr. Hough and Mr. Pape, the literary agents, say that the new marketplace calls for better writers. They defend the efforts to publish books on non-theological subjectssuch as politics, health, and contemporary issuesas demonstrating that Christianity applies to all of life.

"When you have a great story, the term crossover becomes irrelevant. . ." Alan Arnold

Mr. Arnold says that his WestBow line of fiction receives half of its sales from non-Christian Bookseller Association outlets, and has placed novels on both the CBA and the New York Times bestseller lists. "When you have a great story," he says, "the term crossover becomes irrelevant. You're not starting in one market and hoping to slosh over into the other somehowyou're selling well in both markets. When you have a powerful story, people embrace and buy it in all markets."

Mr. Arnold said many of the great fiction classics of past decades and centuries followed this exact model. "Great writers wrote from their Christian worldview and created novels that still sell today," he said. "They weren't trying to write Christian Fiction (which unfortunately is often a man-made list of do's and don'ts) but simply great fiction that reflected how they looked at life. That's what we're reclaiming today."

In one sense, Christian publishing is coming full circle. The secular giant Random House is owned by Bertelsmann AG, a German media mega-conglomerate that got its start in 1835 as a publisher of Bibles, hymnbooks, and revival resources. The King James Bibleincluding the dispensationalist Scofield Reference editionwas published by Oxford University Press. And most of the great Christian authors published their works through secular presses. This was true well into the 1960s, from Catherine Marshall's A Man Called Peter and Christy (McGraw Hill) to C.S. Lewis' Mere Christianity and Screwtape Letters (Macmillan).

"Having our novels sell well in the general market is a way for us to be salt and light through the power of story," Mr. Arnold said. "We're supposed to be an influence in the worldnot hide or retreat. People who view the general market success of fiction from a Christian worldview as something negative puzzle me. Why wouldn't we want more Christian artists and authors creating more masterpieces that are God-honoring in a sea of entertainment options that mostly are not? Why wouldn't we want our neighbors reading novels infused with a Christian worldview? Our goal with fiction isn't simply to evangelize evangelicalsbut to create world-class literature and page-turning commercial fiction that has an impact on the world at large. The great news is we're succeeding beyond our wildest dreams." 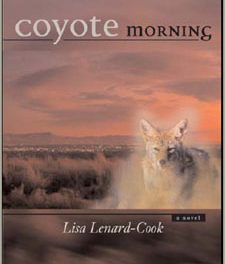 The Art of Fiction: Who Do You Love?

Why are cliches in writing so bad?