I have always tried to take advice from people who know more than I do, especially when it comes to writing.  My mentor, Jack Kuniczak, told me long ago that I should always know where a story is going before I’ve gotten too far into it.  For quite some time, I tried to follow his advice to the letter.  I have created an outline for every book I’ve ever written.  And without fail, by page 50, I’ve thrown that outline away.

Why?  There are two reasons.

The first is simple: because when I create an outline, I haven’t written much of the story yet, and I really have no way of knowing ahead of time what ideas are going to occur to me along the way.  The first several drafts of a story are usually nothing special.  It’s not until I’ve reworked something many times that its inner magic begins to shine, and the qualities that make it the most interesting and distinctive come into being.  Until then, it’s really just another story by some guy, neither better nor worse than most other pieces of writing you would find on anyone’s desk or hard drive anywhere in the world.   And if I force myself to commit to a particular plot simply because that’s what the outline dictates, then I’m limiting myself, not allowing discovery to take place, and I’m probably on the way to producing something that will never really amount to anything.

Although I have often conceived of a story’s entire arc from beginning to end before I’ve written any of it, that conception has always been of the most general kind.  Typically it does not involve details such as characterization, or even specific action.  It can be expressed in one or two sentences.  It does nothing more than give you an indication of what kind of story it is (a war story, a love story, a crime novel) and its most distinguishing characteristic (a young wounded veteran, a missed connection, a gay detective).

That’s not an outline at all!  the hypothetical reader might protest.  That’s a synopsis!

My goodness, hypothetical reader, you like to argue about everything, don’t you?  Fine.  It’s not an outline.  At least not according to what my English teacher at McDowell Senior High School, Mr. Charlie Burgoyne[1], taught me.

What is an outline, anyway?  In Mr. Burgoyne’s English class, I learned how to outline with capital letters and Roman numerals, and everything fit neatly into its own little category.  But Mr. Burgoyne would have been the first to understand that writing doesn’t really work like that.  Life itself doesn’t work like that.  It’s a nice ideal to strive for, but like all ideals, it doesn’t actually exist in the real world, which is where I happen to be stuck for the moment.

It might be more helpful to think of an outline like the chalk drawing detectives make around a body at a murder scene (especially if you’re a crime writer).  It shows you the general shape and a few basic facts without telling you anything at all about what actually happened.

In fact, it may surprise you to learn that there is really no hard and fast definition of an outline.  Which means you are free to make up your own.

None of this is to say that an outline is not a useful exercise.  But it might be best to regard it as just that: an exercise.  Do go to the trouble of making one, because some good ideas might occur to you.  Don’t feel that you are obligated to stick to it.  The most interesting things in life happen when we veer off the main road into the byways and alleyways, not when we stay on the main path.

Well, that’s not true either.  Interesting things can happen to you anywhere.  Maybe it’s better to say that you should always feel free to break the rules, even if they’re only rules that you’ve imposed upon yourself.

[1] The late Charlie Burgoyne is memorable for a lot of reasons, but primary among them was the fact that he was present aboard a Navy ship at several atomic tests in the South Pacific, shortly after WWII.  As he himself told me, he preferred to lie in his bunk and read while the tests were going on, not out of any concern for avoiding atomic fallout, but because he was glad of the chance to steal a few quiet moments with a book while the rest of the crew was on deck watching something as mundane as an atomic explosion.  Also, he said, he couldn’t see what all the fuss was about.  To me, that anecdote will always symbolize the dedication of the True Reader–someone who would rather read a book than watch a coral atoll get vaporized. 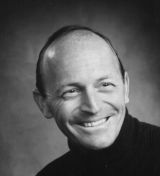 What Aspects of a Writers Life Are Most People Unaware of?

Structuring Your Memoir: Naming the Premise

Electronic books and Print-on-demand: Making peace with the digital future