Editor's Note: Authorlink welcomes Los Angeles screenwriter and teacher Neil Flowers and his new monthly column on the subject of writing for film and television. Neil's columns appears on the first of every month.

The Rules, Part I

"It was fantastic when you wrote it! Now these long dialogues make you wince. " —Flowers

You have a great idea for a flick. You know the time, place, characters, action. You buy screenwriting software. You know your script will be in 12-point Courier. In that font, one page of script equals one minute of screen time. You know the limit is 110-120 pages/minutes—that's how long commercial features are.

Saturday. You start your "treatment," a prose version—with some dialogue—of your story. You write 12 hours over two days. The pages burn. Your narrative's down! Like any pro, you set aside your 30-page treatment to let it percolate.

Wednesday. You read the treatment. By page six you're lower than Enron stock. It was fantastic when you wrote it! Now these long dialogues make you wince. The villain's a pushover. The main character's buried twice. That cool plot thing now seems creaky. There are too many characters. And those pages after the climax? Babble! Oh God. It's awful.

You have elements of your story down, right? Yeah. Something to work with? I guess. So ease up. You're somewhere. Take a bow. Feel better? Yes! Okay, let's backtrack to screenwriting's roots. In one paragraph.

Spring. Way back when. The Greeks throw worshipful bashes to their favorite god, Dionysus. A chorus of 50 people, plus chorus leader, dance and sing hymns to The Big D. 536 BC: Thespis, a chorus leader, puts on makeup and costume, steps out of the chorus, and pretends he's someone else. Voilà!, the first character in Western drama. He interacts with the chorus, talking to them in memorized words (i.e., script, dialogue). The audience goes bananas. Buzz builds. Writers compete in the new form. Dialogue stresses conflict between chorus and leader. The bandwagon rolls. Cut: Aeschylus, the first great Greek playwright, adds a second character and diminishes the chorus to 12-conflict is foregrounded. Cut: Sophocles, the second great Greek playwright, adds a third character in conflict on the stage. Cut: Euripedes makes the chorus mostly insignificant. Action and conflict between characters is foregrounded even more. Result: The newfangled plays earn a wide release throughout the Greek peninsula.

Dah-dah! By 420 BC, the max-three-characters-in-conflict-at-once of Western drama is set. Pretty soon Edison, Meliès, Porter, Griffith, Chaplin, Eisenstein come along. The Greek invention slides into the movies.

" Look at the one-sheet (what The Biz calls a "poster"). Count the actors billed. Usually two." —Flowers

A quick look at principals. How many in any flick? Look at the one-sheet (what The Biz calls a "poster"). Count the actors billed. Usually two. Take Stuart Beattie's Collateral: Foxx, Cruise. And of the two principals, only one main character.

Next Column: The Rules, Part 2.

About Neil Flowers Neil Flowers is an award-winning playwright who has worked as a writer, actor, and director in theatre, radio, and film/video. He co-authored a produced TV pilot, and a teleplay produced as a feature by Jim Henson Films. He has written three feature screenplays, teaches screenwriting, and reads screenplays for Los Angeles production companies. He has an MFA in Playwriting and MA in Theatre and Dance. E-mail Neil at caledonia88@yahoo.com. 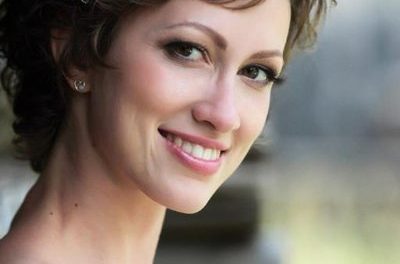 The Art of Remembering Your Entire Life

What Is Talent? Does It Matter?