We've been talking of late a lot about how the blast of online publishing has affected both the fiction and nonfiction book business. From the writer's standpoint, the doors now seem wide open to achieving that elusive dream–seeing one's novel in print. Many writers see this as a way of circumventing the system, of showing NY that yes, their books did deserve publication, and the big houses were just wrong in assessing the quality of said books. But doesn't that leave you feeling just a hair uneasy? Do big publishing houses really miss "good" books on a regular basis?

First off, know that as contradictory as it seems, NY publishers are screaming for marketable fiction. Each house (which in essence is now a conglomerate) has an extensive list to put out each fall and spring. These lists are made up of slots–genres and sub-genres and categories of fiction–that must be filled on an ongoing basis. On the other hand, hundreds of thousands of manuscripts cross the editors' desks each year. All but about a total of five thousand of these find rejection on those desks.

In other words, on one side we have a vast need of manuscripts, and on the other, zillions of manuscripts seeking publication. In only a fraction of cases, does the twain successfully meet.

So what gives? Is NY's definition of what's publishable, of what the publishers can then turn around and sell, too narrow and out of date? Or are writers truly not producing enough quality material for publishers even to work with in order to produce?

Some of both is somewhat true. NY publishers sell their books through highly defined, structured, and narrow routes. So, in order to sell a book to a big publisher, you must produce something that fits that house's specific line (of course, this is where an agent begins his or her job). Most editors from those houses complain that writers send them books not conducive to their lines (that they don't sell). So, part of the problem is the writer not doing his or her homework.

Is NY out of touch with what readers want as well? Yes. Few marketing studies are done in this business, and those usually after the fact. Barnes and Noble becoming somewhat of its own publisher, based upon what the stores are selling, shows one example. A better one, and something of a vindication for those writing at the top of the quality heap, so to speak–literary fiction as well as some mainstream–is the phenomenal success of Oprah's Book Club. Here are books which have in some cases been out for decades, to quite low sales until Oprah got a hold of them. Even the newer books she chooses would likely have debuted to slow sales, if not for the promo.

And there's the kicker. We can complain about NY all we want to, but the point is it's not that they don't publish quality work, it's that the marketing of that work doesn't get to the readers seeking such. In other words, the NY houses absolutely recognize quality when they see it. And most editors then fight to get those books bought and published. What happens after that is chiefly up to twenty-something-year-old sales reps. If you reject this out of hand, then tell me how many self-published books Oprah has made famous.

But the point is that when quality comes along, editors recognize it and publishers purchase and print it. So yeah, the marketing is passe, but the need for and the recognition of good work is alive and well.

Paradoxically, this does edge out some of the more literary writers, although even that is cyclical. A really good writer will eventually publish, in the traditional manner. It just may take a decade or so.

The point here is that while writers complain and rail against NY (and God knows, we've all done it), the problem with most writers not getting published is that their books are yet to be good enough. Their craft is still not honed to perfection. There still exists in their work too many errors that make the book just not compelling enough, just off a hair, just a miss. And in today's market, the slightest of misses spells rejection.

The plethora of mass-produced self-published books have one glaring thing in common, at least the ones I've seen. They have fatal flaws. No matter how much your friends and relatives may crow over your writing (and trust me, they always do), to the detached view (that from a non-friend or relative), the problems jump out. Oh, a reader may not put it in business terms, he may not be able to put his finger right on what's wrong; she may not say the character didn't come to life for her. But if you listen between the lines, most readers give good clues. "It was a little long." "I can't imagine a real person doing that." (As if fictional characters acted as do everyday people. But ah, there's the rub–well-crafted ones can get away with everything from the mundane to the bizarre, and readers take it in stride.)

Yes, getting a novel published by a traditional publisher is difficult and becoming more so. And yes, now anybody can write a book and have it published. But vanity presses are still vanity presses. And good writing is still good writing. The former will always turn out mostly schlock (of course exceptions occur. But rarely. That's why we hear about them in the first place), and the latter, ah, the latter will always be rare. Because not everyone CAN write a book. And of those who can, few will take the time and effort required to make it that rare commodity–a highly polished GOOD book.

The Top Three Writing Mistakes That Make a Bad Novel

Creating a Narrative Arc for a Fictional Character 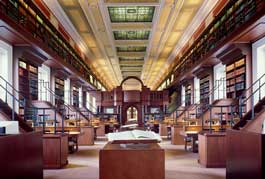