"Getting all the procedures right will make your story more credible."

You've just written a tense mystery or suspense novel. The super- sleuth hero tap dances through an intricate plot only to stumble, unconvincingly, over a mistake in police procedure. The editor loves the story, but rejects your manuscript for lack of realism and accuracy. What can you do?

Many mystery and suspsense writers often make small mistakes about real- world investigative operations–mistakes that result in a big, "No thanks," from editors. As a retired Police Commander and an avid reader, I frequently see five common blunders.

1) Informants are not pals or reinforcements. Most of them are pathetic personalities. The most typical informant is a doper who has been arrested and is ratting on his friends to get out of a charge. Ask a narc.

2) Most agencies issue a double-action semi-automatic type handgun. The box that holds the bullets is a magazine, not a clip. Popular in law enforcement are the .40 caliber, 9 millimeter and the S&W 10 millimeter. Glocks and Smith & Wessons are the most prevalent. Revolvers are becoming a rarity. Learn about weapons.

3) If your primary character is an investigator, don't make him a Lieutenant. Lieutenants manage operations, they don't conduct the investigation. I know, I was a Lieutenant and they hardly ever let me arrest anybody. Check out the O.J. trial. Everyone who actually did any work is a Detectives or an Identification Technicians. Learn rank structure.

4) Crime scenes are secured by yellow tape. Reporters, Politicians, and Departmental Brass are sent to what is known as a command post until the real cops are through at the actual scene. People who enter a crime scene have to sign a crime scene log and are required to write a report. Research the term, chain of custody.

5) SWAT call-outs are usually good for pumping some suspense into a story. The most common SWAT call-out is a barricaded suspect. Two schools of thought exist about how to handle them. One is the East Coast Theory of 'negotiate until hell freezes over'. The other is the West Coast Theory of 'negotiate to a tactical advantage then blow the doors off the place and take 'em down hard'.

There are several things you can to do find out more about police procedures.

1) Pick up a map and find a place that matches the general geographic size and population of your story location. Send a letter of introduction to the agency and follow up with a call. Ask for the public information officer, or if it is a small organization, ask calibers for the Chief or Sheriff. Try to arrange an interview with someone knowledgable in your area of interest. Many agencies have WEB pages and can be contacted on the NET.

2) Get permission from a local agency to review the operational guideline manual. That should contain the procedures for everything that a cop might do. It is a public record and should be made available to you for review.

Getting all the procedures right will make your story more credible, and improve your chances of getting published. Good luck! Dan Byram retired from law enforcement after 23 years. He spent most of his adult life as an undercover cop and a commander of undercover operations. He writes about and teaches a college course on police procedures. He is also a novelist. Contact Dan at: daniel@danielbyram.com 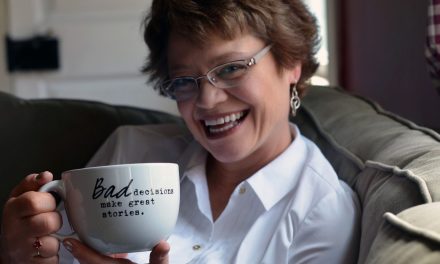 INTROVERT 911: Putting Yourself Out There as an Author (Part 1) 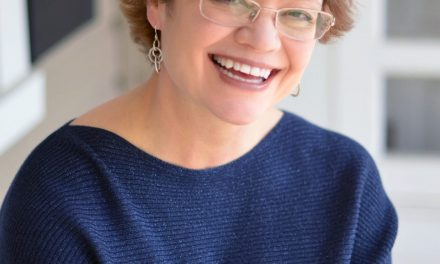 4 Ways to Create Your Author Persona

Anna Camp Talks About Film Adaptation of The Serpent’s Bite